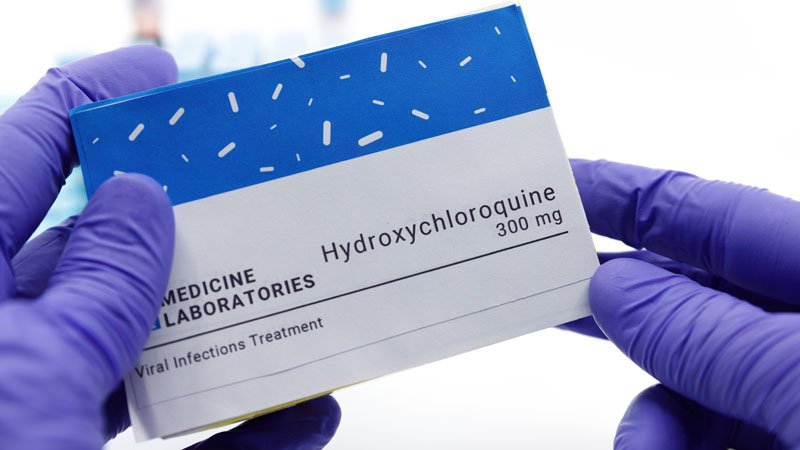 A new Italian analysis suggests short-term use of hydroxychloroquine (HCQ) causes only modest QT prolongation when given alone or with other QT-prolonging drugs in COVID-19 patients, but an expert cautions the devil lies in the details.

The study is the largest assessment of the arrhythmic safety of HCQ in a real-life cohort of patients treated in all clinical settings, senior author Giovanni B. Foreo, MD, PhD, University of Milan, Italy, told theheart.org | Medscape Cardiology.

QT prolongation was significant whether values were corrected using the Bazett, Fridericia, or Framingham formula. However, no significant differences in QT prolongation were observed among patients treated at home (n = 126), in a medical ward (n = 495), or in the ICU (n = 28).

Over a median of 16 days, the major ventricular arrhythmia rate was 1.1%. All 7 events occurred in acutely ill, elderly hospitalized patients with multiple comorbidities and were deemed not to be directly related to HCQ treatment by a central adjudication committee, the authors reported September 24 in EP EuroPace.

A total of 42 patients died (6.5%), of which only 3 were in association with a major ventricular arrhythmic event, the authors reported.

“The press release says ‘no lethal arrhythmias.’ Well, they’re ignoring the three patients in the ICU who developed ventricular fibrillation, which is lethal,” Bonow said.

In addition, 7.1% of ICU patients had sustained ventricular tachycardia while taking HCQ and nearly 11% had to suspend the drug due to QT prolongation, he noted. “In the ICU setting, patients need to be watched very, very carefully because there are additive effects of this drug and all the other drugs and just the illness of the patients – the intense inflammatory response and hypoxia, all of which can lead to potentially lethal arrhythmias.”

Further, arrhythmic outcomes were also assessed by symptoms report because 24-hour telemetry and loop recorders were not routinely available for all centers, said Bonow, who is the editor of JAMA Cardiology and also past president of the American Heart Association.

That limitation is noted in the paper but the overall findings are consistent with two other reports in hospitalized and ICU patients, in which only a single torsades de pointes occurred, Foreo noted.

“I think no one, apart from the paper in Lancet, which has been retracted, has shown a significant complication with this drug,” he said.

Nevertheless, “the question is whether this is still a relevant topic, given that there is no data suggesting hydroxychloroquine is actually helpful and efficacious,” Bonow said.

Hydroxychloroquine might get thrown into the mix when clinicians have very little left to offer very sick patients, but ICU patients comprised only a small portion of the study population, he observed.

Although hydroxychloroquine has fallen off most hospital COVID-19 protocols and the FDA warned against its use outside of a hospital setting due to the risk of heart rhythm problems, it continues to be advocated by some in the United States, including President Donald Trump, as late as last month.

New prescriptions for hydroxychloroquine or chloroquine jumped 80-fold year-over-year in March 2020 but, despite a decline in May and June, refills and prescription switches within the same drug class remained 1.1-fold and 1.3-fold higher, according to a Centers for Disease Control and Prevention (CDC) report.

“I see patients occasionally who say ‘should I be taking this stuff to prevent myself from getting COVID?’ ” Bonow said. “That’s what you’re seeing in those CDC reports as to the number of people taking it. Obviously, this has been politicized but that’s what’s out there.”

Although the majority of patients were treated with HCQ when Italy was at the epicentre of the pandemic, only a very small percentage receive it now, Foreo said.

The participants (mean age, 61.9 years; 46% women) were treated at seven centers during March and April 2020 and most were at low (55%) or moderate (38.5%) risk for QT prolongation based on baseline Tisdale risk scores. Only patients with mild respiratory symptoms, a PaO2/FiO2 ratio > 300 mm Hg, and a low or moderate Tisdale score were offered HCQ at home.

Co-author Saguner owns stocks in Gilead Sciences. The rest of the authors and Bonow reported no relevant conflicts of interest.