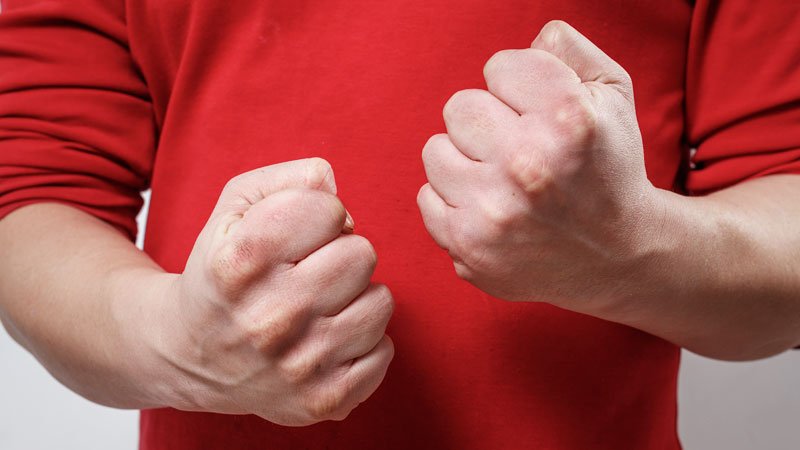 Aggression in individuals is influenced by genetic and environmental factors, but can be reduced with treatment, according to Emil F. Coccaro, MD.

“It actually is a complex triad of emotion, cognition, and behavior. The emotion is anger, the cognition is hostility, and the behavior is aggression. And they sort of go in that order,” Dr. Coccaro said at Focus on Neuropsychiatry presented by Current Psychiatry and the American Academy of Clinical Psychiatrists.

Aggression also can be considered using a threshold model. Calm individuals, for example, might have a low baseline of aggression and a high threshold before they act out. An aggressive person, on the other hand, has a lower threshold and a higher baseline level. “Their delta to get to the point where they’re going to explode is much shorter, much lower than it is in someone who is healthy,” Dr. Coccaro said.

Individuals with secondary aggression are likely to have an underlying condition, such as a primary disease of the brain, systemic or metabolic disorder, or a psychiatric disorder such as schizophrenia. “If someone’s schizophrenic and they’ve got voices telling them to hurt somebody, or delusions that someone’s going to hurt them, that’s not primary aggression, that’s secondary to the psychosis,” Dr. Coccaro noted.

An individual with primary aggression is likely to have intermittent explosive disorder (IED). IED is not a new diagnosis and has been listed in the DSM since the DSM-I as “passive-aggressive personality.” It was relisted in the DSM-II as “explosive personality,” then changed to IED in the DSM-III as a diagnosis of exclusion that was poorly operationalized, according to Dr. Coccaro. The criteria for IED under the DSM-III did not define the number of recurrent outbursts needed, what they looked like, the time frame, and excluded people who were generally impulsive.

“That’s not really what these people look like and it’s not what impulsive aggression looks like,” he said. Although the DSM-IV removed the exclusion criteria for general impulsivity and aggression, “it was still purely operational.”

The DSM-5 criteria define IED as “verbal and physical aggression without destruction or assault, twice equally on average for 3 months, or three or more episodes of physical destruction/assault over a 1-year period. These individuals have outbursts “grossly out of proportion to provocation,” the aggression is generally impulsive, and it causes stress and impairment with an age of onset at older than 6 years.

“It’s not better accounted for a whole variety of things, but we actually made some of those exclusion criteria a little less stringent,” compared with criteria in the DSM-IV, Dr. Coccaro said. “That’s because it turns out that it doesn’t really matter much of the time what the comorbidity is. If you have this aggressiveness in the absence of those other conditions, it’s IED.”

Individuals with DSM-5 IED can have as many as 30 episodes in 1 year, compared with those who are nonaggressive and are also more likely to damage property. “These are the big episodes, not simply the episodes where people are getting irritable and snapping at people. These are the big ones, where they’re really destroying objects and pushing or hitting people,” Dr. Coccaro said. About one-fourth of individuals with IED hurt victims badly enough that they require medical attention, one fifth exhibit aggression toward a partner, and one-fourth receive aggression from their own partner.

In terms of comorbidity with other psychiatric disorders, “IEDs don’t have more comorbidity in general than other disorders,” Dr. Coccaro noted. Personality disorders such as paranoid, antisocial, borderline narcissistic, and obsessive-compulsive disorders are more common in individuals with IED. Aggression in these people present differently depending on the personality disorder. “Someone who’s paranoid might blow up at you if you get in their face. For an antisocial, they’ll blow up at you if you’re preventing them from doing what they want to do. Borderlines, you reject them or you abandon them, they’re going to blow up. Narcissists will blow up when you reject. OCD will also blow up when you mess around with their sense of order,” Dr. Coccaro said.

Genetics also play a role in whether a person may have IED. There is a “clear signal” in families, with about one-fourth of individuals with IED having a relative with IED, compared with 8% of nonaggressive individuals. These percentages were consistent, regardless of whether the individual had a comorbid condition, history of alcohol or drug use, or history of suicide, he said. Other factors that influence likelihood of IED are environment, behaviors such as smoking, and conditions such as traumatic brain injury. Experiencing aggression as a child is another factor.

“IED is the categorical expression of impulsive aggression, and it’s far more common than once thought,” Dr. Coccaro said. “And IED is totally unrecognized in its role in societal violence.”

Treatment Can Suppress, Not Cure Aggression

Medications used to treat aggression and impulsive aggression include lithium, SSRIs, mood stabilizers, neuroleptics, and beta-blockers. However, the treatments are not a “magic bullet,” Dr. Coccaro noted. “The meds tend to suppress aggressiveness, but not cure it.”

Timing of treatment is also a factor for medication. In studies of patients taking lithium for aggression, for example, “when they gave the drug to people who liked being aggressive, they didn’t like being on these drugs because it made them feel unprotected. It just was at odds with who they thought they were,” Dr. Coccaro said. “The people who took the drug and did well and really liked being on the drug with people who didn’t like that they were aggressive.”

Neurorehabilitation and cognitive-behavioral therapy specific to aggression, called cognitive relaxation and coping skills therapy, are nonpsychotropic approaches to treating aggression. “These therapeutic approaches are working not only to reduce progression, but also to reduce the social information processing problems that aggressive individuals have,” Dr. Coccaro said.

Another approach, known as interpretation bias training, teaches individuals with aggression to judge slightly angry-looking photos of people as not being angry. After 7-14 days of training, aggressive behavior in adolescents has been shown to be reduced. The changes were also visible on functional MRI.

“What they found was that when you treated them, the change in the amygdala went down when you looked at the angry faces and in the left lateral, post training, they became happier,” Dr. Coccaro said.