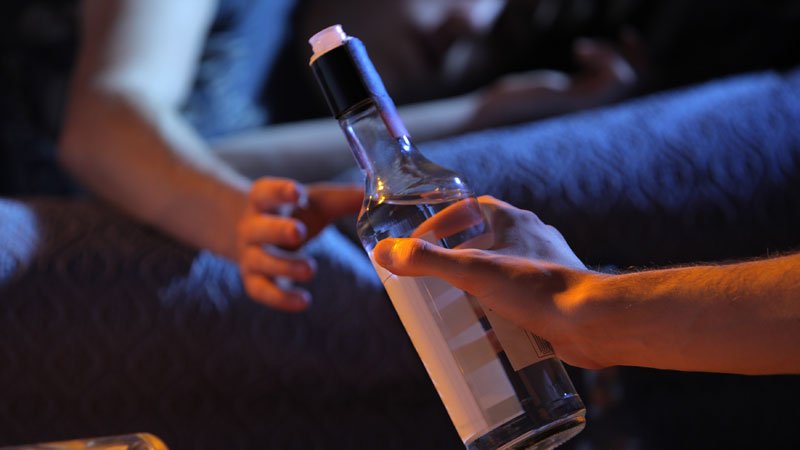 Adolescent alcohol use among boys was prospectively associated with use of legal performance-enhancing substances in young adulthood, based on prospective cohort data from more than 12,000 individuals, wrote Kyle T. Ganson, PhD, MSW, of the University of Toronto, and colleagues.

In addition, legal use of performance-enhancing substances (PES) among young men was associated with increased risk of alcohol use problems.

Although previous studies have shown a range of adverse effects associated with the use of anabolic-androgenic steroid derivatives (defined as illegal PES), the possible adverse effects of legal PES (defined in this report as protein powders, creatine monohydrate, dehydroepiandrostenedione, and amino acids) have not been well studied, the researchers wrote.

In a study published in Pediatrics, the researchers reviewed data from 12,133 young adults aged 18-26 years who were part of the National Longitudinal Study of Adolescent to Adult Health from 1994 to 2008.

Overall, 16% of young men and 1% of young women reported using legal PES in the past year. Among men, legal PES use was prospectively associated with increased risk of a range of alcohol-related problem behaviors including binge drinking (adjusted odds ratio, 1.35), injurious and risky behaviors (aOR, 1.78), legal problems (aOR, 1.52), reduced activities and socializing (aOR, 1.91), and problems with emotional or physical health (aOR, 1.44).

Legal PES use among young adult women was associated with an increased risk of emotional or physical health problems (aOR, 3.00).

“To date, legal PES have not been largely considered as part of the spectrum of substances used among adolescents, have not been subject to the same regulatory scrutiny as other substances known to be linked to subsequent substance use and are freely available over the counter to adolescents,” Ganson and associates noted.

“Clearly, the robust reciprocal temporal relationship between substance use and legal PES suggests that each may serve as a gateway for the other,” they wrote.

The study findings were limited by several factors including the inability to identify outcomes associated with variable PES components, incomplete data collection on several drinking-related risk behaviors, and inability to analyze prospective use of illegal or other substances associated with use of legal PES, the researchers wrote.

However, “these results provide further evidence in support of the gateway theory and prospective health risk behaviors associated with legal PES and substance use,” they wrote.

The data may inform policy on the additional regulation of legal PES use in minors. In the meantime, “it is important for medical providers and clinicians to assess problematic alcohol use and drinking-related risk behaviors among young adult men who have previously used legal PES,” Ganson and associates concluded.

An important point to recognize is that PES is a misleading term, Steven Cuff, MD, of the Ohio State University, Columbus, and Michele LaBotz, MD, of Tufts University, Boston, wrote in an accompanying editorial. “Most legal supplements marketed for athletic performance enhancement are ineffective at increasing muscle mass or athletic performance beyond what can be achieved through appropriate nutrition and training,” they emphasized. The current study findings suggest that “legal PES should be integrated into the gateway hypothesis regarding patterns and progression of substance use through adolescence and early adulthood,” and support discouragement of any PES use among adolescents and young adults.

Even legal PES can be dangerous because of the lack of oversight of dietary supplements by the Food and Drug Administration. “There is widespread evidence that many over-the-counter dietary supplements lack stated ingredients, contain unlabeled ingredients (including potential allergens), or are contaminated with impurities or illegal or dangerous substances, such as steroids and stimulants,” the editorialists emphasized.

In addition, the association found in the study between muscle dysphoria and both PES use and substance use disorders, notably alcohol-related morbidity, highlights the need for a proactive approach by pediatricians to minimize the risk, they noted.

“For pediatricians uncomfortable with initiating discussions on PES use with their patients, an American Academy of Pediatrics–supported role-play simulation is available,” they concluded.

The study is important because “PES use is ubiquitous among adolescents and young adults,” LaBotz said in an interview. “Although it is widely believed that PES use serves as a likely ‘gateway’ to use of anabolic steroids and other substances, this is one of the very few studies that explores this relationship. Their findings that alcohol use appears to correlate with subsequent use of PES, and that PES use appears to correlate with future alcohol-related issues, suggest that this is not a simple linear progression of problematic behavior.”

LaBotz added that she was not surprised by the study findings, and emphasized that pediatric health care providers should be aware of the association between PES and alcohol use. “PES screening should be incorporated into screening done for alcohol and other substance use. This appears to be particularly true for athletes and other subpopulations who are at higher risk for problematic alcohol use.”

She said much of PES use is driven by the desire by young men for a muscular appearance, but more research is needed on young women. “In the past, this was a goal primarily associated with males, but females have become increasingly interested in achieving muscularity as well, which suggests an increasing risk of PES use among females as compared to earlier reports. We need updated data on patterns, prevalence and consequences of PES use in females.”

In addition, “although preparticipation physical examination forms include screening questions for PES use among athletes, further information is needed on how to incorporate PES into substance use screening that is performed in a general pediatric population, such as including athletes and nonathletes,” LaBotz said.