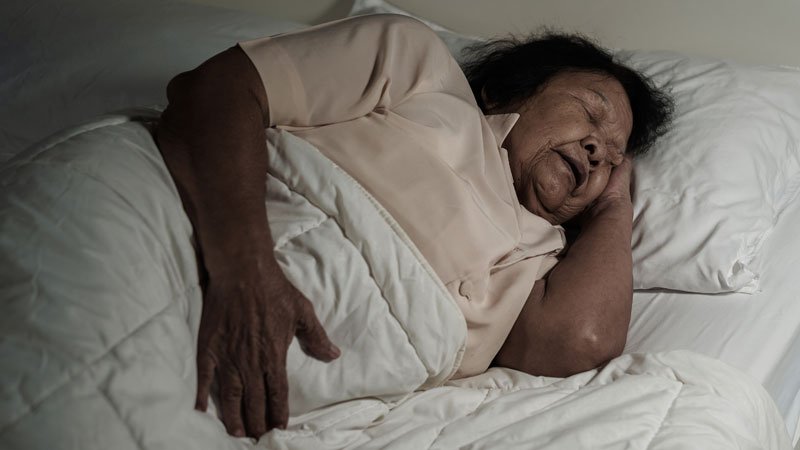 Alzheimer’s disease (AD) may have a causal effect on sleep patterns, but disturbed sleep does not appear to cause AD, new research suggests.

The causal association between disturbed sleep and AD that has been observed in previous studies may have resulted from reverse causation, the investigators note.

Mendelian randomization compares individuals who have different genetic profiles for a given exposure.

“Given that genetic variants are inherited at random, these two groups are comparable, and any differences are not likely to be due to other associated factors,” such as confounding bias, corresponding author Abbas Dehghan, PhD, reader in cardiometabolic disease epidemiology at Imperial College London, United Kingdom, told Medscape Medical News.

“Moreover, given that genetic information is constant over the lifetime, the chances for reverse causation are small,” Dehghan said.

The findings were published online August 19 in Neurology.

Many patients with late-life neurodegenerative disorders such as AD have comorbid depression, but whether these two disorders have a causal relationship or common risk factors has been unclear, the investigators note.

Abnormal sleep patterns are symptoms of both depression and AD. Abnormal sleep is also associated with cognitive decline and anxiety.

The researchers hypothesized that sleep causally affects MDD and AD but that there is no causal relationship between MDD and AD. They conducted a bidirectional, two-sample Mendelian randomization study to test these hypotheses.

The investigators conducted genome-wide association studies (GWASs) using data from the prospective, population-based UK Biobank. Sleep phenotypes were measured by self-report or accelerometer. Genetic associations were derived from 403,195 patients for chronotype, 237,627 patients for insomnia, 446,118 people for sleep duration, and 85,670 people for accelerometer-derived phenotypes.

AD was diagnosed on the basis of physician examination or autopsy results. Genetic associations were obtained from a meta-analysis of GWAS on participants of European ancestry in the International Genomics of Alzheimer’s Project, which included 21,982 case patients and 41,944 control participants.

A genetically higher risk for AD was associated with being a “morning person,” being at decreased risk for insomnia, having shorter sleep duration on self-report and accelerometer, having decreased likelihood of reporting long sleep, having an earlier timing of the least active 5 hours, and having a smaller number of sleep episodes.

However, no analysis supported a causal effect of sleep-related phenotypes on risk for AD.

Because APOE4 can influence disease processes that may contribute to AD risk, the investigators also conducted a sensitivity analysis that excluded APOE single-nucleotide polymorphisms.

The causal associations between MDD and AD observed in other studies may have been the result of confounding, and the participants may have had other associated characteristics that put them at risk for the disease, said Dehghan.

Furthermore, the previous studies considered various sleep phenotypes together, whereas in the current study, the investigators examined them separately.

The results suggest that preclinical and clinical AD may affect sleep phenotypes differently. Sleep management thus could be an important approach to improving quality of life for patients with AD, the researchers write.

Commenting on the study for Medscape Medical News, Walter A. Kukull, PhD, professor of epidemiology and director of the National Alzheimer’s Coordinating Center at the University of Washington in Seattle, noted that the investigators appear to have implemented their chosen methods of causal association analysis well.

“They attempted to examine the direction of the causal arrow for risk factors…and that is a step usually not well examined in other studies,” said Kukull, who was not involved with the research.

He added that the collection of objective measures, such as of sleep, is another strength of the study.

Because of an apparent lack of biomarker data, patients who had been diagnosed with AD may in fact have had a different form of dementia. Given the nature of their data, the investigators could have done little to compensate for these possibilities, Kukull added.

In addition, the article lacks details that would improve the interpretation of the results, he said.

“Timing is everything with regard to potential associations between risk factor and outcome,” Kukull said. “With the exceptions of genes, it would be nice to know more about the timing of risk factors’ onset and Alzheimer’s disease onset.”

“Primarily, further research must address the question of pathological onset of disease and misclassification of diagnosis in both cases and controls due to lack of biomarker-confirmed diagnosis,” Kukull said. “Then research can also struggle with the timing of potential risk factors with respect to disease.”

The study was funded by the UK Dementia Research Institute. Dehghan and Kukull reported no relevant financial relationships.