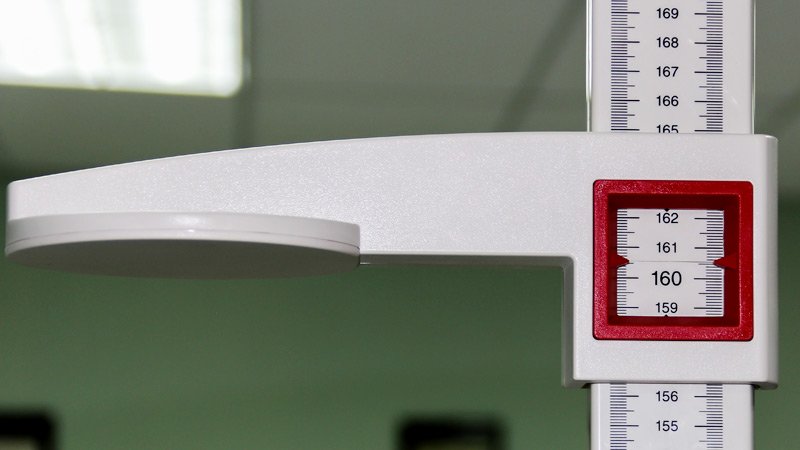 Anorexia nervosa may stunt the growth and impact the future height of teenage girls, according to data from 255 adolescents.

Illness and malnutrition during critical child and adolescent growth periods may limit adult height, but the effect of anorexia nervosa (AN) on growth impairment and adult height has not been well studied, wrote Dalit Modan-Moses, MD, of Chaim Sheba Medical Center, Tel Aviv, and colleagues.

Individuals with AN lose an unhealthy amount of weight on purpose through dieting, sometimes along with excessive exercise, binge eating, and/or purging, and because the condition occurs mainly in adolescents, the subsequent malnutrition may impact growth and adult height, they said.

In a study published in the Journal of Clinical Endocrinology & Metabolism, the researchers reviewed data from 255 adolescent girls who were hospitalized for AN at an average age of 15 years. They measured the girls’ height at the time of hospital admission, discharge, and at adulthood. The participants were followed in an outpatient clinic after hospital discharge with biweekly visits for the first 2 months, monthly visits for the next 4 months, and every 3 months until they reached 18 years of age. The average body mass index of the patients at the time of admission was 16 kg/m2 and the average duration of illness was 2 years. Of the 225 patients, 174 had a diagnosis of restrictive type anorexia nervosa and 81 had binge-purge type.

The midparental target height was based on an average of the parents’ heights and subtracting 6.5 cm. The main outcome of adult height was significantly shorter than expected (P = .006) based on midparental target height. Although the patients’ heights increased significantly during hospitalization, from 158 cm to 159 cm (P < .001), “the change in height-SDS [standard deviation scores] was not significant and height-SDS at discharge remained significantly lower compared to the expected in a normal population,” the researchers noted.

Although premorbid height SDS in the study population were similar to normal adolescents, the height-SDS measurements at hospital admission, discharge, and adulthood were significantly lower than expected (–0.36, –0.34, and –0.29, respectively).

The findings were limited by several factors including the inpatient study population, which may limit the generalizability to patients with less severe illness, as well as incomplete data on LH levels, which were undetectable in 19% of the patients, the researchers noted. However, the study is among the largest to describe growth in female AN patients and included data on linear growth and LH not described in other studies, they said.

“Our study is unique in presenting complete growth data (premorbid, admission, discharge, AH) as well as target height, laboratory results and bone age data in a large cohort of adolescent females with AN,” they wrote.

The findings not only support the need for early intervention in patients with AN and the need for long-term weight gain to achieve catch-up growth, but also may apply to management of malnutrition in adolescents with chronic diseases such as cystic fibrosis and inflammatory bowel disease, they concluded.

“Anorexia nervosa is a prevalent and severe disease with multiple short- and long-term complications. Still, despite the large body of research regarding this disease, data regarding growth patterns and final height of patients was incomplete and inconclusive, Dr. Modan-Moses said in an interview. The findings were not surprising, and were consistent with the results of a previous study the researchers conducted (Modan-Moses D et al. PLoS One. 2012 Sept 18. doi: 10.1371/journal.pone.0045504).

“Our first study was retrospective, and many pertinent parameters influencing growth were not available,” Dr. Modan-Moses noted. “The current study was designed to include a comprehensive evaluation including examination of the patients to document how far advanced in puberty they were, measuring height of parents in order to document the genetic height potential, bone age x-rays of the hand to determine the growth potential at the time of admission to hospitalization, and laboratory tests. This design enabled us to validate the results of our first study so that our findings are now more scientifically grounded,” she said.

“Our findings imply that in many cases there is a considerable delay in the diagnosis of anorexia nervosa, so that by the time of diagnosis significant growth delay has already occurred. Our findings also imply that damage caused by this delay in diagnosis was in part irreversible, even with intensive treatment,” Dr. Modan-Moses emphasized. On a clinical level, the results highlight the “importance of careful monitoring of height and weight by pediatricians, and early detection and early initiation of treatment of anorexia nervosa in adolescents with long-term efforts to improve and accelerate weight gain in order to prevent complications,” she said. “Research is needed to better define factors affecting catch-up growth (that is improved growth with correction of the height deficit observed at the time of admission) and to determine accordingly optimal treatment plans,” Dr. Modan-Moses added.

The study received no outside funding. The researchers had no financial conflicts to disclose.

This story originally appeared on MDedge.com.