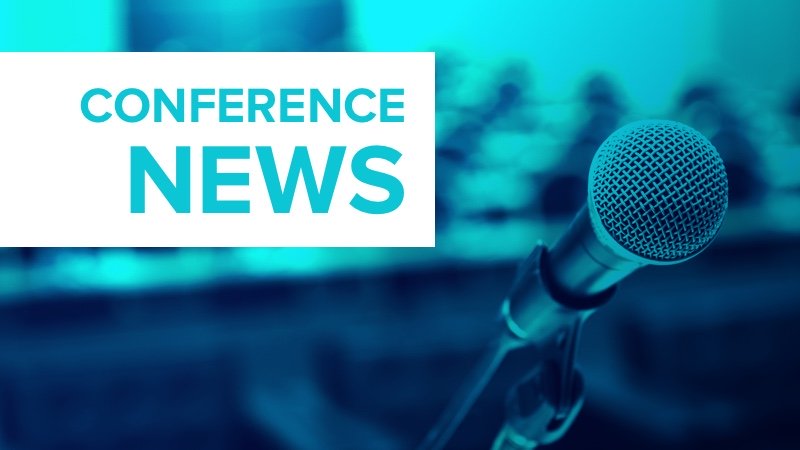 Thyroid storm is a life-threatening endocrine emergency for which, remarkably, there are no definitive diagnostic tests, and the management of which is supported by a startlingly weak evidence base.

“What’s tricky is there really are no specific biochemical level cutoffs for thyroid storm, and also no unique laboratory abnormalities. So in the end, it’s a clinical diagnosis and a clinical judgment,” Stephanie B. Mayer, MD, MHSc, observed at HM20 Virtual, hosted by the Society of Hospital Medicine.

Moreover, there are no prospective clinical trials addressing the treatment of thyroid storm, and the 2016 American Thyroid Association clinical practice guidelines on the topic are based upon low-quality evidence from case reports and studies dating back to the 1970s and 1980s. UpToDate reached the same conclusion in 2020, noted Dr. Mayer, an endocrinologist at Virginia Commonwealth University, Richmond.

Thinking that perhaps the guideline writing panel had missed something, she asked a university medical research librarian to custom-build a comprehensive search for studies on thyroid storm management. The search proved unrewarding.

“The evidence is, unfortunately, a little disappointing,” Dr. Mayer said.

Thyroid storm is a rare condition, but one that hospitalists must be ready for. She highlighted current best practices in diagnosis and management.

Thyroid storm is an extreme manifestation of thyrotoxicosis, which is marked by multiorgan dysfunction and rapid decompensation. In a large, first-of-its-kind, national retrospective U.S. study, the incidence of thyroid storm was 0.57-0.76 cases per 100,000 persons per year.

Dr. Mayer highlighted a multicenter French study that underscored the current hefty morbidity and mortality associated with thyroid storm. Among 92 patients admitted to the ICU for thyroid storm, the in-ICU mortality rate was 17%, and the mortality rate 6 months after admission was 22%. Independent risk factors for in-ICU mortality were multiorgan failure and the occurrence of cardiogenic shock within the first 48 hours in the ICU (Crit Care Med. 2020 Jan;48[1]:83-90).

How to Recognize Thyroid Storm

The most user-friendly system for assistance in diagnosing thyroid storm is the one put forth by the Japan Thyroid Association and the Japan Endocrine Society, in Dr. Mayer’s view. As a prerequisite to the diagnosis a patient must have thyrotoxicosis as evidenced by elevated free thyroxine (free T4) and free or total triiodothyronine (T3), which in the vast majority of cases, is accompanied by low thyroid stimulating hormone (TSH).

The Japanese diagnostic system for thyroid storm relies on five categories of organ system–based clinical features. This approach places greater weight on disturbances of consciousness — restlessness, delirium, agitation, psychosis, lethargy, coma — than the other four components, which consist of fever of at least 100.4°F, tachycardia of 130 or more beats per minute, heart failure signs and symptoms, and gastrointestinal/hepatic involvement as evidenced by nausea, vomiting, hyperdefecation, and/or a total bilirubin level of 3.0 mg/dL or more.

A patient is categorized as having suspected rather than definite thyroid storm if the CNS criterion isn’t met but any two of the others are. A patient also qualifies for suspected thyroid storm when CNS manifestations plus symptoms from at least one other category are present, but thyroid hormone levels aren’t available (Endocr J. 2016 Dec 30;63[12]:1025-64).

There is usually a precipitating event that drives the transition from smoldering thyrotoxicosis to thyroid storm.

“The big thing is to look for and treat the underlying precipitating event,” the endocrinologist stressed.

It’s often a systemic insult: severe infection, trauma, surgery, an acute MI, diabetic ketoacidosis, pulmonary embolism, or perhaps having just gone through labor. Iodine exposure in the form of IV contrast or taking amiodarone, which contains 37% iodine by weight, can also fan thyrotoxicosis into thyroid storm. Abrupt discontinuation of antithyroid medication is another common cause.

Fluid and electrolyte replacement, oxygen if appropriate, cooling blankets, and other supportive measures are also important.

Medical management targets multiple steps in thyroid hormone production and action to quell thyroid storm. The first order of business is to inhibit synthesis of new thyroid hormone by prescribing a thioamide. Dr. Mayer favors propylthiouracil over methimazole for this purpose because, not only does it block the thyroid gland from synthesizing new hormone, it also reduces conversion of T4 to T3. Propylthiouracil is usually given orally as a 500- to 1,000-mg loading dose, then 250 mg every 4 hours. The drug can also be given rectally or by nasogastric tube.

One hour or more after starting the thioamide, inorganic iodine is started to inhibit release of preformed hormone from the thyroid gland. Five drops of saturated solution of potassium iodide given every 6 hours is the recommended dose; it provides 764 mg of iodide per day. Lugol’s solution dosed at four to eight drops every 6-8 hours is an effective alternative.

Simultaneous with starting the patient on inorganic iodine, a low-dose beta blocker is introduced to control adrenergic symptoms.

“Propranolol is first line because it also decreases T4 to T3 conversion and it’s noncardioselective, so it’s better than a cardioselective beta blocker at reducing sympathetic tone-related symptoms, such as agitation, fever, and psychosis,” the endocrinologist explained.

At the same time that propranolol at 60-80 mg is given orally every 4 hours and iodine are started, the patient is placed on glucocorticoids as another means of reducing peripheral conversion of T4 to T3. The options are intravenous hydrocortisone at 100-300 mg/day in divided doses or dexamethasone at 2 mg every 6 hours.

Aspirin and NSAIDs should be avoided as antipyretics because they can actually raise T3 and T4 levels. Acetaminophen is the right fever-lowering agent in the setting of thyroid storm.

Dr. Mayer has occasionally had to reach for one of several backup therapies. Prescribing a bile acid sequestrant — 20-30 g/day of cholestyramine or colestipol — will trap thyroid hormone in the intestine, preventing it from recirculating.

“Be careful to dose it away from the other medications,” she cautioned.

Dr. Mayer reported receiving funding from both NovoNordisk and AstraZeneca.

This article originally appeared in The Hospitalist, an official publication of the Society of Hospital Medicine.