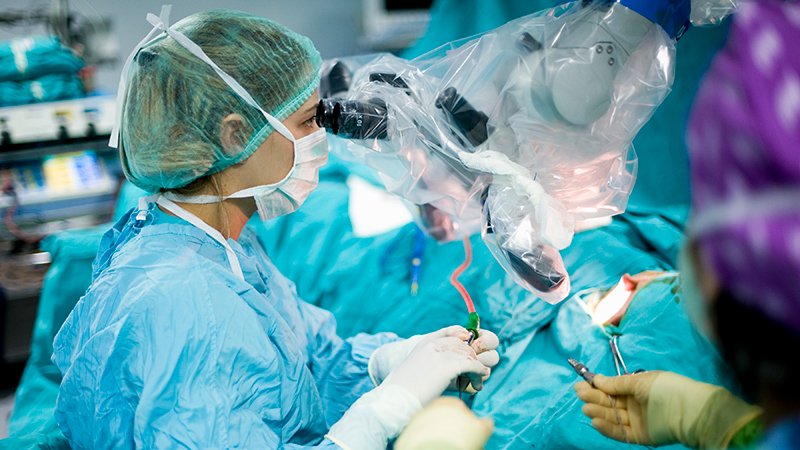 Transoral robotic surgery (TORS) was associated with better survival and improved surgical outcomes in comparison with nonrobotic surgery in patients with early-stage oropharyngeal cancer in a retrospective analysis of nearly 10,000 cases.

The survival benefit was unexpected, note the study authors.

Recent data regarding other cancer types have led to concern that robotic surgery can be associated with worse outcomes, eg, a higher risk for death among patients with ovarian and cervical cancer.

In this analysis of patients with early-stage oropharyngeal cancer, the 5-year overall survival rate for patients who underwent TORS was 84.5%, vs 80.3% for those who underwent nonrobotic surgery (P = .001).

Along with improved survival, the robotic procedure was also associated with lower rates of positive surgical margins and a lower likelihood that patients would receive adjuvant chemoradiotherapy.

The study was published online on August 20 in JAMA Oncology.

“It is very important to note that this is a retrospective uncontrolled study, so our results are hypothesis-generating,” said senior author Zachary S. Zumsteg, MD, assistant professor of radiation oncology at Cedars-Sinai Medical Center, Los Angeles, California.

“The possibility of selection bias cannot be ruled out as a factor in any observational study, and no discussion of this study is complete without noting this,” Zumsteg told Medscape Medical News.

For the study, the authors identified 9745 patients with clinical T1 and T2 oropharyngeal squamous cell carcinoma from the National Cancer Database. The patients were diagnosed from 2010 to 2015. Within this group, 2694 (27.6%) underwent TORS.

The 5-year overall survival was statistically superior for the patients who underwent robotic surgery, as well as for the subset of 4071 patients with known human papillomavirus status.

No Improvement for Other Cancers

The authors also analyzed data on the use of robotic surgery in other cancer types.

“We found improved outcomes with robotic surgery in oropharyngeal cancer, but not in prostate, endometrial, or cervical cancer,” Zumsteg told Medscape Medical News.

“There are some hypothetical reasons for why the safety and efficacy of minimally invasive surgical approaches, like robotic surgery, could vary, based on the type and location of the cancer being treated,” he commented.

One reason is that there are fundamental differences in the natural history of these diseases. “Survival in head and neck cancers like oropharyngeal cancer are, uniquely, highly dependent on preventing locoregional relapse,” he said. “In most other types of cancers, survival outcomes are primarily a function of distant metastasis, and therefore, survival outcomes in head and neck cancer may be more influenced by local therapies like surgery and radiation.”

Second, he noted, anatomic differences could potentially have a bearing on surgical technique.

Although not a surgeon himself, Zumsteg pointed out that there is generally a learning curve when adopting a new surgical technique. “It is logical that the outcomes for robotic surgery should improve over time, rather than regress, as surgeons become more comfortable with this technology,” he said. “On the other hand, another possibility is that if a surgeon is less comfortable with robotic surgery, he/she will select more favorable cases when first adopting this platform. If the patients selected for surgery change over time, this would also lead to changes in outcomes.”

This point is highlighted by Yinin Hu, MD, and Vivian E. Strong, MD, both of Memorial Sloan Kettering Cancer Center in New York City, in an accompanying editorial.

TORS was approved by the US Food and Drug Administration in 2009. The study period ― 2010 to 2015 ― represents a period early after TORS was first adopted, the editorialists point out. During this early adoption phase, surgeon biases may have enriched the TORS population with patients whose surgical anatomy was more favorable and whose tumors were more easily resected.

Robotic surgery is now widely used in the treatment of prostate, gastric, thyroid, uterine, and colorectal cancer, the editorialists comment.

But whether robotic surgery improves oncologic outcomes compared to open resection remains unclear, and indeed, this remains “one of the most hotly debated topics in surgical oncology,” they point out.

“Over recent years, the most controversial application of robotic surgery has been in cervical cancer,” they write.

A landmark randomized trial found that robotic surgery was significantly associated with an increase in the rate of cancer recurrence and mortality as compared with open hysterectomy. Since that study was published, several meta-analyses and population-based studies have shown comparable outcomes between the two techniques for cervical cancer, the editorialists comment.

“Nevertheless, this level 1 evidence arguing against robotic cancer surgery alarmed the scientific community and lay press alike, and served as a cautionary tale that Isaac Asimov’s first law — that a robot may not injure a human being — must remain at the forefront of our minds,” they write.

There is “little doubt that robotic surgery is here to stay,” the editorialists conclude. “In experienced hands, robotic surgery can achieve excellent short-term outcomes, but rigorous research into long-term survival is sorely needed.”

The study was supported in part by Cedars-Sinai Cancer. Zumsteg has in the past served as a consultant for EMD Serono and on the external advisory board for the Scripps Proton Therapy Center. The editorialists have disclosed no relevant financial relationships.