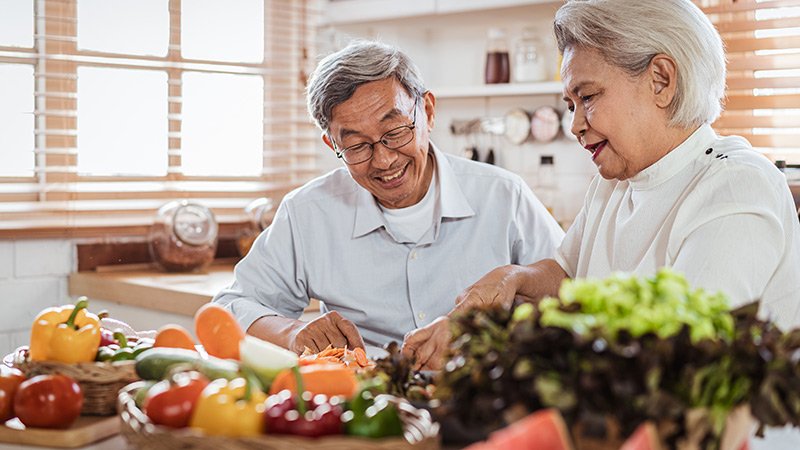 After 6 months’ follow-up, adults in an 8-week intervention group had higher cognitive scores compared to control persons, suggesting that lifestyle-based changes may modify the course of cognitive decline.

“This study supports the idea that if people experiencing cognitive decline can improve their lifestyle, their brain retains sufficient neuroplasticity to bounce back from decline and potentially reduce their risk of dementia in the future,” lead investigator Mitchell McMaster, PhD student at the Australian National University, Acton, Australia, told Medscape Medical News.

The study was published online September 9 in the Journal of the American Geriatrics Society.

Participants included 119 adults older than 65 years (mean age, 73 years; 61% women) with subjective cognitive decline (SCD). There were 57 patients in the intervention group and 62 in the control group.

Over the same time frame, the intervention group completed the same online educational modules but also received help in making healthy lifestyle changes. For example, they met with a dietitian three times, had a session with an exercise physiologist, and participated in online brain training.

At the final 6-month follow-up, the intervention group had a significantly lower (better) score on the ANU-ADRI (P = .013) and a significantly higher cognition score (P = .026) than the control group.

Participants in the intervention group were able to improve their lifestyle risk scores by 2.5 points, “which is approximately equivalent to a lifestyle with low vs moderate levels of exercise (–2 points) or having diabetes (+3 points),” he added.

“A change of 2 points or more has been shown to lead to differences in the risk of developing dementia ― for that reason, it is clinically relevant,” he added.

The main limitation of the study was the limited follow-up time of 6 months. Meta-analyses of nondrug interventions for SCD recommend a minimum follow-up of at least 12 months, the authors note in their article.

Reached for comment, Joanna Hellmuth, MD, with the Memory and Aging Center, Department of Neurology, University of California, San Francisco, said, “It’s good to see a more rigorous evaluation of lifestyle interventions, which is much needed in the field. Currently, there are no studies to my knowledge that support the idea that these types of lifestyle interventions can reverse cognitive decline.”

Hellmuth noted that SCD has many causes, including the normal patterns of cognitive aging, medication effects, medical conditions such as sleep apnea, vitamin B12 deficiency, thyroid disorders, and others. It’s unclear in this study “how rigorously other medical causes were excluded in these participants,” she noted.

A placebo effect also can’t be ruled out.

“The control group is exposed to online modules, while the intervention group also gets one-on-one sessions to support the lifestyle modifications. These one-on-one interactions could increase the placebo effect and contribute to the positive outcomes of the study,” Hellmuth said.

In her view, “it would have been a stronger study if the control group was exposed to similarly intensive on-on-one interventions, but for purposes unrelated to the lifestyle interventions.”

Hellmuth said she agrees with the authors’ statement that this study is a proof-of-concept randomized control trial of lifestyle interventions targeting dementia risk factors.

However, Hellmuth said the authors’ conclusion – that the findings “support the hypothesis that individuals in the early stages of cognitive decline retain sufficient neuroplasticity to achieve cognitive improvements in the short term” – is a “stretch.”

“We don’t know with certainty that any of the individuals in the study would have had further cognitive decline or gone on to develop dementia, and the improvements from the study intervention could in part be from placebo effect, which was not controlled for sufficiently,” she told Medscape Medical News.

Support for the study was provided by the Dementia Australia Research Foundation, the Australian National University, and Neuroscience Research Australia. McMaster and Hellmuth have no disclosed no relevant financial relationships.