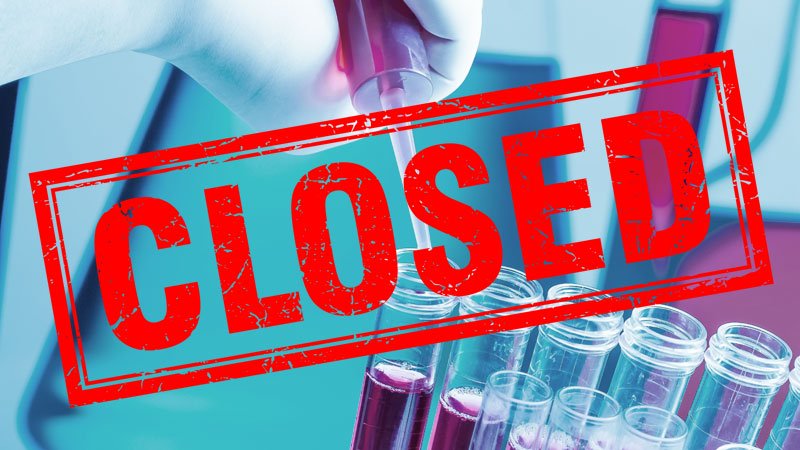 As the COVID-19 pandemic took hold across the United States, large numbers of clinical trials came to a screeching halt. Even if the trials didn’t completely stop, enrollment often slowed or substantially declined.

“In early May we began to observe a slight uptick in trial intervention accrual and a continuation of this upward trend in early June,” she said. However, she added that “accrual numbers have not yet returned to those seen prior to the mid-March dip.”

Many centers reported that they couldn’t follow trial protocols during the pandemic, according to a survey carried out by the American Society of Clinical Oncology. Nearly 60% of centers reported that trial screening and enrollment were either reduced or halted altogether. At others, staff were diverted to cover the onslaught of COVID patients.

In some cases, the trial sponsors and the clinical research organizations were reluctant to modify or adapt trial protocols to accommodate the new reality, the survey found.

Adding to the difficulties was the understandable reluctance of some patients to go to a clinic or hospital during a pandemic.

“The slowing down depends on where you are in the country and what the situation is there locally,” said Wafik S. El-Deiry, MD, PhD, director of the Cancer Center and the Joint Program in Cancer Biology, Brown University, and the Lifespan Cancer Institute, Providence, Rhode Island. “What has happened is that patients ― and rightfully so ― are reluctant to come to the medical center because it’s a risky place.”

El-Deiry told Medscape Medical News that at his institution, for the most part, clinical trials have remained open, especially the therapeutic ones. However, fewer patients have been coming to the medical center for treatment, which translates to fewer candidates for clinical trials and slower enrollment. “Some of the patients may be newly diagnosed, and others may have progressive disease,” he told Medscape Medical News. “Oncologists are seeing the patients who need to be seen, and we are doing everything that needs to be done, and options remain open for them. If you are actively treating a patient, you can’t just stop, although there are shades of gray in how that can be done.”

One concern for cancer patients in particular is that the treatment they need for their cancer could leave them more vulnerable to COVID-19 and its complications should they become infected. “We are seeing some reluctance to treat patients with drugs that would compromise their health if they got infected,” El-Deiry commented. “You really need to think carefully these days, if this is in the best interest of the patient and is It necessary to do it now — does it make sense for this patient? That is really the big question.”

A number of organizations have collected data to gauge the impact of the pandemic on clinical trials. One ongoing project, conducted by the WIRB-Copernicus Group (WCG), maintains a dashboard that is updated weekly. It measures global enrollment in clinical trials, tracking more than 1400 sites in 29 countries. It covers a range of therapeutic areas, including oncology.

The WCG reports that enrollment began to decline at the start of the pandemic and reached rock bottom at the end of April and the beginning of May, with only 11% of trials open for enrollment. After that, more sites gradually began to reverse that trend, and as of the end of June, 37% of sites had opened to new patient enrollment.

As of August 28, of the 295 non-COVID-19 industry-sponsored US studies that have or had an original planned start date in 2020, 43% noted at least one delay to their timeline; the mean delay was 4.75 months. But since March, 63% that had reported being suspended have since restarted or have been completed.

A survey conducted by the Clinical Research Institute showed that 60% of institutions in the United States and 86% in Europe were enrolling new patients at a lower rate during March and April.

Clinical Research Institute researchers also conducted an analysis from ClinicalTrials.gov and found that more than 200 interventional oncology studies were suspended in March (n = 62) and April (n = 139).

Early in the pandemic, pharmaceutical companies, such as Eli Lilly, Biogen, Bristol-Myers Squibb, and Pfizer, did not interrupt ongoing trials but stopped accruals or delayed the start of new trials so as to avoid putting any burden on healthcare facilities and staff.

Some institutions shut down accrual to most studies other than those related to COVID-19.

But some, such as the Holden Comprehensive Cancer Center at the University of Iowa, managed to keep their clinical trials running at full steam.

Most facilities, however, fell somewhere in between. The Fred Hutchinson Cancer Research Center in Seattle, Washington, followed a modified protocol.

“We have decided that as an institution, that are three things guiding our policies,” said Frederick Applebaum, MD, executive vice president and deputy director at Fred Hutchinson. “The first and foremost by far is what’s best for the patient.”

Being in a clinical trial could involve additional risks for the patient, because there is usually a need for increased visits to the clinic, but “if we believe that the trial is in the patient’s best interest, we would weigh that against the risk ― which is small ― of coming into contact with COVID-19,” he said.

“In some circumstances, the risk of coming into the clinic may outweigh the benefit of the trial,” Appllebaum told Medscape Medical News.

At Fred Hutchinson, initially, all trials were halted if they could not be justified because of the risk. “This amounted to about 50% of the trials we were conducting,” said Applebaum. “This was when COVID-19 was just ramping up, and we were unsure how big the tsunami was going to be.”

The second criteria for putting a clinical trial on hold was whether the research being conducted was in the best interest of the patient, Applebaum commented. Studies that were put on hold on the basis of this criteria included phase 1 clinical trials being conducted to gain knowledge about dose, toxicity, and so on, as well as phase 3 comparator studies.

With the third criteria, trials were halted if there was possibility that conducting the trial would put a strain on resources, such as ICU beds, as would be the case with CAR T-cell therapy and bone marrow transplants. “We were experiencing a surge in Seattle that peaked in early April, and we were concerned that it would put a strain on those beds,” said Applebaum.

Clinical trials at Fred Hutchinson are now nearly back to their prepandemic status. Applebaum pointed out that there is now a backlog of people who want to enroll in a trial. “Some patients are still wary, but patient refusal has always been a part of clinical trials,” he said. “There are a lot of unknowns in a trial; it is an inconvenience to make trips into the center — these issues have always been a part of it, but I don’t think that has increased.”

A survey conducted in early April 2020 by the American Cancer Society (ACS) assessed the impact of the pandemic on cancer research activities by polling 744 researchers with current ACS grants. More than half of researchers (54%) could not get into their labs and were working entirely remotely; the remainder were mostly restricted. Only 8% reported working mostly or entirely in their normal work setting (6% in a clinical setting, 2% in a research setting).

More than half (59%) of these ACS grantees stated that their laboratories were closed, and 57% reported that their institution had temporarily halted research.

“In some labs queried for our survey, all non-essential research had been halted, with research on COVID-19 being the only type of research being encouraged,” said William C. Phelps, PhD, American Cancer Society senior vice president of extramural research, in a statement. In addition to the deceleration in progress against cancer, these laboratories and institutions will face significant additional costs associated with restarting the cancer research enterprise in the coming month, he said.

The good news is that everything is now slowly opening up. “It’s time to get back to work — actually, we all have been working [at home], and I’ve been plowing through manuscripts, and with remote work, you have less interruptions,” he said. “But the bench work and translational work is so important, and I need to be in my lab for that — it’s not something I can do at home.”

El-Deiry explained that a great deal of preclinical work requires in vivo studies, and they can take months of preparation. “Essentially we had to stop our research as of March and couldn’t continue,” he said. “If you had a promising treatment, you couldn’t move to clinical trials, and we lost about 3 months of work.

“That pushes everything back,” he added. “And we are very anxious to get back on track because stopping research means that it slows down what comes out the other end.”

Kenneth I Kaitin, PhD, professor and director of the Tufts Center for the Study of Drug Development, Tufts University School of Medicine, Boston, Massachusetts, agrees that there is going to be some degree of fallout. “l don’t think there is any question that the impact on the clinical trial landscape is going to be significant,” he said, “and the result will be fewer products reaching the market.”