Fast Isn’t Always Better: What to Know About Rise of Rapid Coronavirus Testing 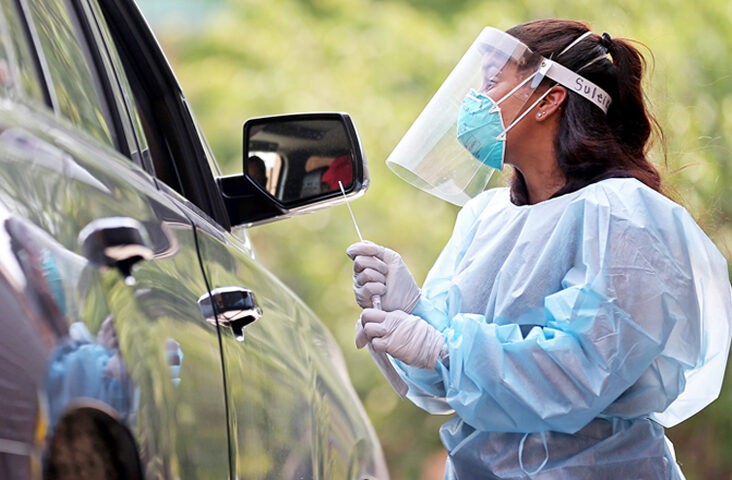 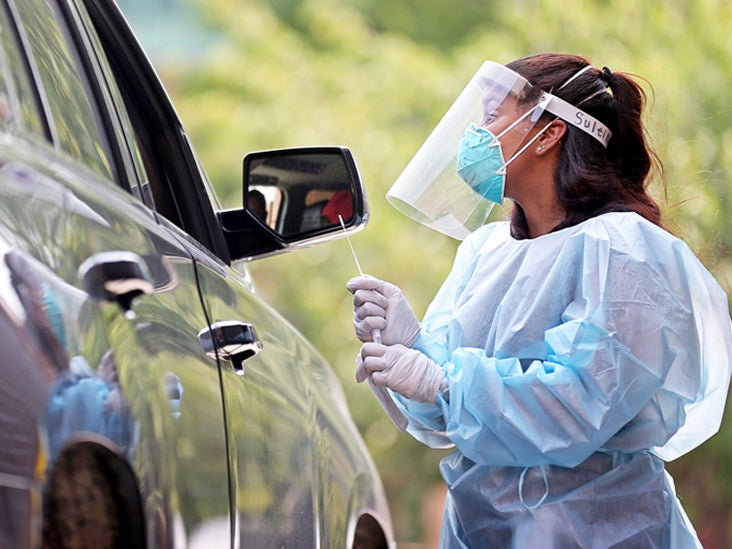 The Centers for Disease Control and Prevention (CDC) is now advising that most people who’ve been exposed to someone with COVID-19 may not need to be tested.

The CDC says those who’ve been exposed to someone with COVID-19 will still need to self-quarantine for 2 weeks, according to .

Only at-risk individuals who’ve been within 6 feet of someone with COVID-19 for at least 15 minutes should move forward with a test, the CDC suggests.

Previously, the that anyone who’d recently had a known exposure be tested.

Evidence has shown that asymptomatic and presymptomatic carriers potentially play a major role in transmission, hence the need to identify and isolate people who may be infected regardless of whether or not they have symptoms.

The new testing guidance has sparked concern among many physicians and researchers in the medical community who’d like to ramp up testing to get a better hold on infected people who never develop symptoms.

“It frankly puzzles me because we are moving as a society to desire to do more testing rather than less,” Dr. William Schaffner, infectious disease expert and professor in the division of infectious diseases at Vanderbilt University School of Medicine, told Healthline.

Dr. Amesh Adalja, an infectious disease physician and senior scholar for Johns Hopkins University Center for Health Security, suspects it’s a reaction to the country’s testing issues that have not yet been resolved.

There remains a massive testing backlog and delay with testing turnaround times. Health officials may be trying to prioritize testing among vulnerable groups.

“In the current environment and context of the fact that we have testing shortages (in terms of reagents), we have long turnaround times, and we still have not fixed the testing problem that we’ve been faced with since the very beginning of pandemic, I think this guidance may also be influenced by that,” Adalja said.

The CDC also says the new guidance was written by the U.S. Department of Health and Human Services (HHS), causing many to wonder if the CDC has been overruled by the HHS, Adalja noted.

Some experts suspect the new guidance is rooted in political pressure from the Trump Administration, which has been pushing for less testing.

“I once again have to wonder whether there is some political influence here because as you know from Washington there has been an expressed desire to reduce testing and so I don’t know the origins of this. I read that and I’m scratching my head,” Schaffner said.

There are all sorts of circumstances in which testing can be useful, according to Schaffner.

Say, for example, a family wants to visit their grandparents who are more at-risk for a severe bout of COVID-19. “Wouldn’t it be great if we can all get tested before we go see grandma and grandpa to reassure them that we are infection-free,” Schaffner said.

Students along with college and professional athletes are also being tested in abundance, Schaffner noted.

If they quarantine and are tested and produce a negative test result halfway through their isolation, “maybe they go back into the world and out of quarantine a week early… that would be worth it,” Schaffner says.

Contact tracers work to identify and isolate the close contacts of people who’ve been exposed to a person who has contracted the virus.

can significantly slow the spread of a disease outbreak and many consider it to be a crucial public health tool. It helps researchers understand how and where diseases spread.

But if we aren’t testing people who’ve knowingly been exposed, it’ll be near impossible to identify and quarantine everyone who’s been infected.

It’s estimated that 40 percent of people who contract the virus don’t have symptoms. If they don’t know they’re carrying the virus, they could be more likely to go out into their communities and unknowingly spread the virus to others.

After all, research shows that asymptomatic people have about the same viral load — or amount of virus in their throats and noses — as infected people with symptoms.

It’s unclear if that high viral load equates to infectivity, but the findings suggest any person who has contracted the virus, with or without symptoms, may potentially spread it to others.

To Adalja, the main takeaway is that anyone who’s had a significant known exposure — test or no test — must self-quarantine for 14 days.

A test should not be the only indicator if a person has to self-quarantine or not as it only captures one day during the virus’s potential incubation period.

“If you test negative 4 days after exposure, you still have 10 more days on your incubation period, so a negative test wouldn’t clear you out of quarantine,” Adalja said.

The recommendation to self-quarantine for 14 days would be the same regardless of a person’s test result, he added.

“I think what’s getting lost is that sometimes people don’t realize that all significant exposures are to self-quarantine,” Adalja said.

Adalja says states and local health authorities must develop their own testing policies regarding significant exposures.

“If their own analysis of the situation is they want to continue to aggressively test significant exposures in a contact trace investigation, I think they should go ahead and do that and not change anything that they’re doing based on this guidance,” Adalja said.

He’s never been for reflexively testing every and anyone who’s potentially been exposed, due to the inevitable need to self-quarantine, but says there is a role for testing people who’ve had a significant exposure.

And if you personally want to get tested, it’s up to you.

If you know you’ve been exposed to someone with COVID-19, talk to your doctor or local health official.

“It doesn’t hurt them to get tested if they think they [had] significant exposure or for whatever reason that they want to be tested,” Adalja said.

Already the governors of New York and California said they would not follow the new CDC guidelines.

“We are influenced by experts in the field who feel different,” California Governor Gavin Newsom said at a press conference today. “That is not the policy guideline that we will adopt in the state of California.”

“We’re not going to follow the CDC guidance. I consider it political propaganda. I would caution private companies against following the CDC guidance. I think it is wholly indefensible on its face. I think it is inherently self-contradictory. It is the exact opposite of what the CDC has been saying,” Cuomo said on a conference call with reporters, according to CNBC. “So either the CDC is schizophrenic or they are admitting error in their first position or this is just political dictations.”

The Centers for Disease Control and Prevention (CDC) is now advising that most people who’ve been exposed to COVID-19 but don’t have symptoms may not need to be tested.

Previously, the CDC recommended that anyone who’d recently had a known exposure ought to be tested. Health experts are puzzled by the change, and suggest that states develop their own testing protocols. 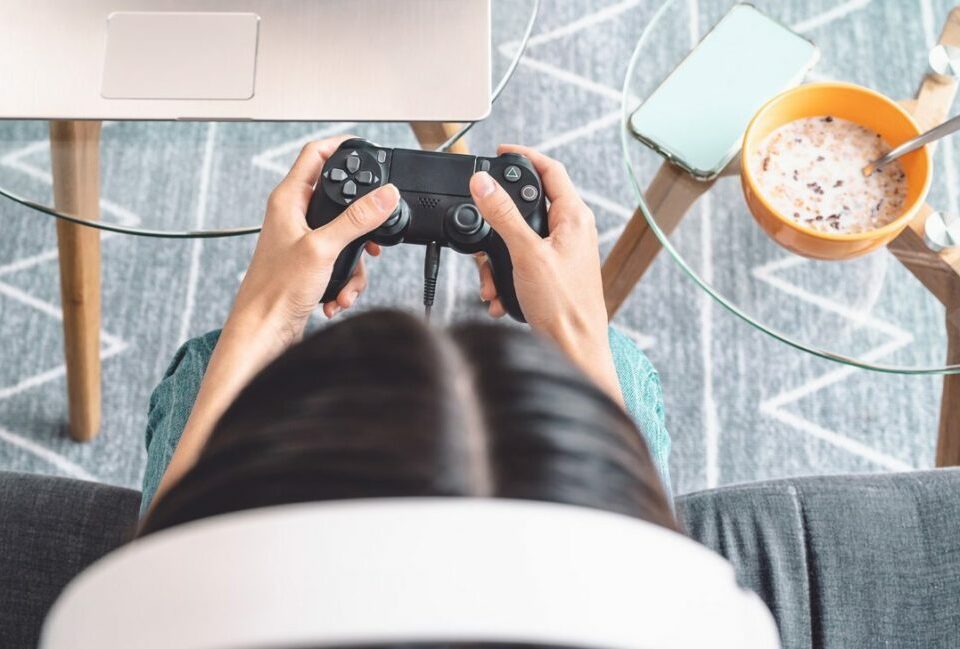