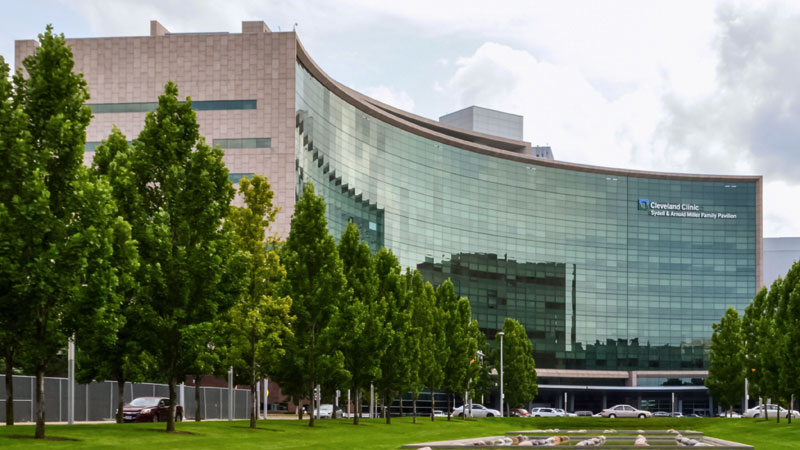 Two City Council members, a municipal court judge and the NAACP are calling for tougher supervision of private police forces that disproportionately arrest Black people in Cleveland’s largely white hospital zone, and one of the police departments is vowing reform.

The criticisms and mea culpa come in the wake of a ProPublica report last month that private police in Cleveland’s medical area predominantly cite and criminally charge Black people for traffic violations and misdemeanors such as trespassing, jaywalking and possession of marijuana.

The council members, Kevin Conwell and Blaine Griffin, who represent neighborhoods in and around the medical area, advocate creating a civilian review board of residents to monitor the private police. Citing the racial disparities in citations and arrests, Conwell told ProPublica that the private police serve as a “border patrol” to keep Black city residents out of the medical area, where most employees, patients and visitors are white.

“The majority of people within University Circle are Caucasian or of some other ethnic group,” Conwell wrote Sept. 30 to University Circle, an association of local businesses and institutions that runs its own 21-member police force. “This leads me to believe your police department is racially insensitive and acting as University Circle border patrol to discourage African Americans from traveling through University Circle.”

While awaiting reform, Conwell wrote, he would discuss suspending University Circle’s police powers with the city’s public safety director. He also urged University Circle to fire its police chief, James Repicky, who had defended his officers in the ProPublica article, saying that they don’t target Black people, and that traffic in the area largely flows from predominantly Black communities. “It is what it is,” Repicky said then. “We are not looking at color but basically trying to slow people down.”

University Circle president Chris Ronayne promised immediate change. “We can’t sit on things. We have to act,” he said. “We are looking into outside firms that will take us to a review of data, review of practice, and a training that is proactive. This is a matter of immediate importance to us.”

Ronayne also said he is finalizing a contract with Ronnie Dunn, a Cleveland State urban studies professor whose research examines disparities in policing, to train officers to be free of bias.

Nearly 90% of people charged by University Circle police since 2015 are Black. “The numbers are disconcerting to say the least, horrifying to say the most and they are numbers that need to be addressed,” Ronayne said.

Ronayne said that he believed the practices of the department can be overhauled with the current police leadership in place. Repicky declined to comment.

University Circle’s is the smallest of the three private forces examined by ProPublica. With 153 armed officers, the Cleveland Clinic police department is larger than those of all but six cities in Ohio. University Hospitals has 29 officers and a K-9 unit.

Often ranked as one of the country’s best hospitals, the Cleveland Clinic hosted the presidential debate last month. Asked about the proposals for closer oversight of its police, the clinic said in a statement, “We closely collaborate with the neighborhoods we serve, City of Cleveland, Cleveland Division of Police, and other law enforcement agencies to uphold the highest standards and best practices throughout the law enforcement profession to serve our communities.”

University Hospitals said in a statement that it is “actively in the process of setting up our civilian review committee which will soon hold its first meeting.” The committee “reflects our commitment to equitable treatment, social justice and safety.”

Since Jan. 1, 2015, the three departments have brought more than 8,000 criminal charges and traffic citations against 5,600 people in Cleveland Municipal Court. Nearly three-fourths of those arrested or ticketed are Black, well above the percentage of Black people among the area’s workers and visitors. For some of the most commonly charged crimes — criminal trespassing and misdemeanor marijuana possession — about nine in 10 of those charged are Black.

As part of their agreements with the city of Cleveland, the three private police departments in 2018 were required to set up civilian boards to review complaints. They were supposed to do so within 30 days, but did not. The clinic said it established a review board this past May; University Hospitals and University Circle said they are currently doing so.

“They signed it [the agreement with the city] a few years ago and never revisited it,” said Cleveland Municipal Court Judge Michael L. Nelson Sr. “Then you have this insular behavior of these police agencies where they set their own rules regardless of the consequences and the result is you have these disproportionate stops. No one ever looks at this data to see if they are disproportionate.” Without any direction from the city, he said, the policing agreements can have “disastrous consequences.”

Nelson said he wants his court, which hears almost all of the matters brought by the private police agencies, to start tracking those cases to identify any racial disparities.

Danielle Sydnor, the president of the Cleveland branch of the NAACP, called for the private police departments to make more data public about whom they are stopping and charging. Rather than create a review board, she said, she wants the private agencies placed under the oversight of the Cleveland Community Police Commission. The commission was established in 2015 as part of a consent decree between the city and the U.S. Department of Justice, which had determined that Cleveland police engaged in a pattern of excessive force.

“You shouldn’t go through the city of Cleveland and have one experience with the city police department and another with private police,” Sydnor said. “You have these pockets of hyper disparity and it can go unnoticed because the departments are a fraction of the size of city [departments] that get a lot of scrutiny.”

Ronayne said he has asked the Cleveland Foundation, an influential nonprofit group, to bring together all of the private and public police agencies patrolling the hospital and cultural zone to discuss ways to improve policing in the area. “I think this is an opportunity to change tack on a systemic problem,” he said. “It can’t be done by one department alone.”

A spokesman for the Cleveland Foundation said that “we are starting to explore the area of criminal justice reform in our community as part of our portfolio moving forward,” but declined to comment further.

City Councilor Griffin said he was “angry and disappointed” when he read about the way clinic police treated Black people. In particular, Griffin said, he plans to question the clinic about the case of Rachael Ramos, who was stopped by clinic police for allegedly failing to signal a right turn, and then was arrested and locked up in county jail for a night after she was found to have a warrant related to a four-year-old speeding ticket. Both charges against Ramos were later dropped.

“No one should be treated like she was for a traffic ticket,” he said. “To hold someone in county jail, something is wrong with that. I want to understand the policy around that.”

The clinic said in September that an officer in such a situation has no discretion. If there is a valid warrant and the issuing agency will take custody of the person, the police must make an arrest, it said.

Conwell said he has received more than 100 phone calls and comments on Facebook about policing in the area since the ProPublica report. He said it also brought back painful memories.

“This really hurt me,” he said. “I walk the neighborhood all the time. It touched me.”

In 2018, Conwell was walking through University Circle for his daily exercise routine when he was stopped and questioned by an officer with the Case Western Reserve University police department, a fourth private agency patrolling the area. The police were responding to a report of a black man with missing teeth asking students for money.

Conwell, who is Black, did not have missing teeth, and his clothes did not match the suspect’s description. Conwell said that several officers eventually surrounded him, demanding identification. The situation was defused, he said, when a sergeant arrived at the scene and told the officers, “You’ve got the councilman.”

Case Western said that it apologized to Conwell “because no one walking on our campus should have experienced what he did.” In the wake of the incident, the university launched training programs for officers in diversity and in community policing. “We continue to seek additional learning opportunities for our officers,” it said.

ProPublica is a nonprofit newsroom that investigates abuses of power.