The Center for Research on Complex Generics 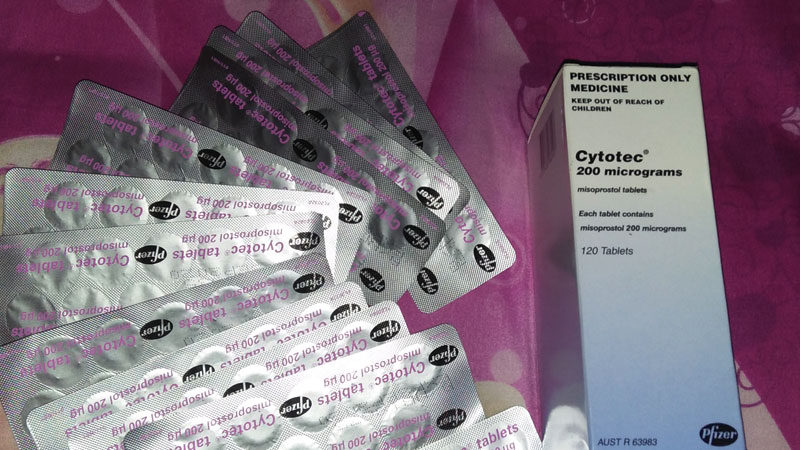 A combination of mifepristone followed by misoprostol was significantly more cost effective for the medical management of miscarriage than misoprostol alone, based on a decision-tree model and simulations using a range of patient income levels, cost variables, and practice patterns.

Although the American College of Obstetricians and Gynecologists recommends a combination of mifepristone and misoprostol for the medical management of miscarriage, some physicians may hesitate because of the high cost of mifepristone, wrote Holly H. Berkley, MD, of the Naval Medical Center, San Diego, and colleagues.

Previous research has supported the cost effectiveness of combination therapy, but the data came from a secondary analysis that limited the generalizability of the findings, they wrote. In a study published in Obstetrics & Gynecology, the researchers created a decision-tree model using two standard practice patterns.

In the second pattern, patients receive two doses of misoprostol at the first visit and an initial follow-up visit 8 days later.

Patient hourly income was based on the wages of three employment levels of the military patient population, estimated at $7.25/hour, $15.90/hour, and $35.10 per hour. “For clinicians outside of the military health system, these wage categories may also serve as an estimate of earnings for low-income, low-middle income, and middle-income patients across the United States,” Dr. Berkley and colleagues noted.

The researchers also considered costs for time of work, transportation, and the costs of the medical visits. Costs also were computed for surgical management with in–operating room dilation and curettage or in-office manual vacuum aspiration, if needed.

The greatest difference in favor of combination therapy resulted in a savings of $190.20 per patient, compared with monotherapy, in the first practice pattern and the lowest wage group (19.5%).

“The higher completion rate of combination therapy leads to decreased time spent on treatment and therefore decreased time off work, decreased office visits, and a decreased need for surgical management for persistent pregnancy, which significantly reduces cost,” they noted.

The model shows that the cost of mifepristone, which some clinicians may see as a barrier, contributes little to the overall treatment costs, Dr. Berkley and colleagues emphasized.

The study findings were limited by several factors including the large ranges in costs for office visits and procedures and the inability to replicate all clinical settings and variables, the researchers noted. However, the results were strengthened by the use of current practice patterns and costs, and they support the mifepristone/misoprostol combination as being the most cost effective for medical management of miscarriage, they said.

The findings of the current study, combined with higher effectiveness reported in recent randomized controlled trials and the endorsement of the American College of Obstetricians and Gynecologists “make a strong case for mifepristone followed by misoprostol to become the standard, first-line treatment regimen for the medical management of miscarriage,” Dr. Berkley and associates concluded.

“There is clear research showing that using mifepristone with misoprostol to medically manage early pregnancy loss is significantly more effective than misoprostol alone,” Sarah Prager, MD, of the University of Washington, Seattle, said in an interview. “The combination protocol does include an expensive medication, so it’s important to evaluate if the cost of this more effective method is ‘worth it,’ ” she said. “What this research shows is that, not only does the combination method work better at treating miscarriage, it is also cost effective based on many factors, including fewer projected days off work and fewer patients needing procedures to complete their miscarriage.”

Dr. Prager said she was not surprised by the study findings because similar results have been found in other studies evaluating treatment of abortion with misoprostol alone versus mifepristone and misoprostol. “When something is significantly more effective, it usually will also come with a cost benefit.”

Potential barriers to the use of combination therapy are related to policy rather than drug safety or effectiveness, according to Dr. Prager.

“The primary barrier is that mifepristone use is regulated by a REMS [Risk Evaluation and Mitigation Strategy] restriction which requires that providers dispense the medication directly to patients, rather than being able to prescribe it and have patients then pick it up at a pharmacy,” she said. “This restriction is typically used for medications that are dangerous and need to be closely controlled. In the case of mifepristone, the restriction does not serve a safety purpose; it simply limits access to the medication which is still primarily used to medically treat abortion.

“The secondary barrier is stigma against using a medication that is seen as an abortion medication. I fear many providers or practices may avoid putting it on formulary due to this stigma,” Dr. Prager noted.

“There is already sufficient evidence that the combination therapy is superior to monotherapy, and there is also evidence that mifepristone can be safely prescribed [not dispensed] and does not need the REMS requirement,” Dr. Prager said. “I don’t believe more research is needed; just policy change.”