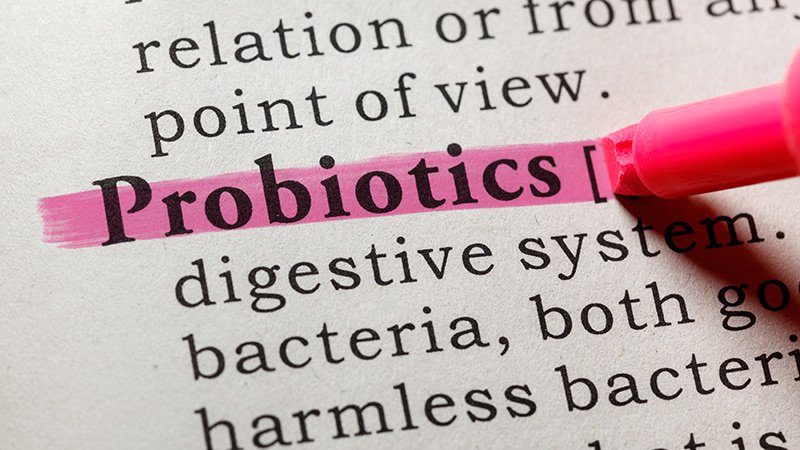 Children and young adults could have their obesity managed using probiotic supplementation, suggests Italian data that reveals weight loss alongside changes in insulin resistance with the dietary addition.

The research was presented during the European Congress of Endocrinology (e-ECE 2020), which was held virtually due to the COVID-19 pandemic.

Bifidobacterium breve are probiotic bacteria that form part of the natural gut microbiome. They aid the digestion of carbohydrates and dietary fiber through the release of short-chain fatty acids (SCFAs), as well as help prevent the growth of Escherichia coli strains associated with obesity.

Flavia Prodam, MD, PhD, and colleagues tested whether probiotic supplementation with two strains of B. breve would have any impact on children and young adults with obesity.

They found not only that their body mass index (BMI) decreased versus placebo but that there were improvements in insulin levels and reductions in E. coli concentrations.

“Probiotic supplements are frequently given to people without proper evidence data,” Prodam said in a press release issued by ECE, adding that their findings offer “evidence on the efficacy and safety of two probiotic strains in treating obesity in a younger population.”

However, she noted during her presentation that the role of supplementation is nevertheless “complex” and that their finding of clusters of patients with different metabolic responses suggests “the administration of probiotics should be tailored” to the individual.

Christopher Moran, MD, a pediatric gastroenterologist at MassGeneral Hospital for Children in Boston, said there are data suggesting obesity might be associated with microbiome changes, “although a lot of that…doesn’t describe whether the microbiome changes came first…or the weight changes happened and then microbiome changes.”

He also told CNN health: “The more processed foods that you eat, the more likely” it is to have a bad effect on the gut microbiome. “That could potentially lead to obesity but also potentially (gastrointestinal) distress and inflammatory conditions of the GI tract such as Crohn’s disease.”

“We also know that many large dietary changes (especially restriction diets) have a large effect on our microbiome,” he added.

Prodam, who is associate professor of clinical nutrition at the University of Piemonte Orientale, Novara, Italy, stressed during her presentation that childhood obesity is “one of the most serious global public health challenges of the 21st century,” with 5% of the pediatric population, or more than 107 million, affected around the world.

Prodam and colleagues recruited 100 individuals aged 6 to 18 years with obesity, as defined using International Obesity Task Force cut-offs. Participants had no allergies or chronic diseases and had not taken antibiotics, probiotics, or prebiotics 3 months before the trial.

Researchers assigned participants to a calorie-controlled Mediterranean diet and randomized them to B. breve BR03 and B. breve B632 probiotic supplementation, or placebo, for 8 weeks (T0–T1). After a 4-week washout (T1–T2), they were switched to the other treatment, which was continued for another 8 weeks (T2–T3).

Analysis revealed there was a carryover effect of the probiotics from the first treatment period that appeared to last longer than the washout period and therefore could affect outcomes in the second period.

“If you are consuming some types of foods, in particular some types of fiber, and maybe if your gut microbiota is different, it’s probably [the case] that the effect could be prolonged over time,” Prodam said. “So it was not possible to split the effect of the probiotics from the dietary training in the second part” of the study.

Consequently, the team concentrated on the T0–T1 study period.

They also had significant reductions in fasting insulin levels versus participants given placebo, at –4.57 mcUI/mL (P = .06), as well as in homeostatic model assessment for insulin resistance scores, at –1.1 (P < .05) and E. coli concentrations (P < .02).

Analysis of 25 short-chain fatty acids in stool samples from 46 participants revealed there were four clusters of patients, two of whom had better responses to probiotics in terms of changes in BMI Z score, waist circumference, and insulin resistance and sensitivity.

Will Researchers Focus on One Age Group Next?

Following the presentation, Uberto Pagotto, MD, PhD, professor, Department of Medical and Surgical Sciences, University of Bologna, Italy, who chaired the session, asked whether, in the next study, the researchers would focus on a particular age group within childhood.

“The diet of a 6 year old [with obesity], in comparison to a…17 year old, is very often very different,” he pointed out.

Prodam replied that, in the future, they would focus more on adolescents, due to the effect on insulin resistance in that period, as well as in adults.

“But we chose…these particular ages because we had no idea of the resilience of the microbiota,” she said, adding that they were “also curious to know if some ages respond well or not” to the probiotic.

The aim of their future research will be to create more personalized weight loss strategies, as well as “to decipher more clearly the role of diet and probiotics on microbiome composition,” she said.

“This could help us to understand how the microbiota is different in young people with obesity.”

The study was funded by Probiotical and the Nutricia Research Foundation.