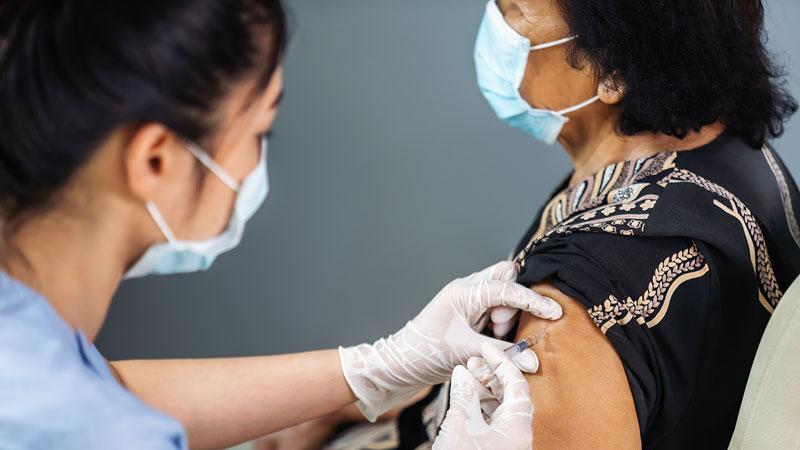 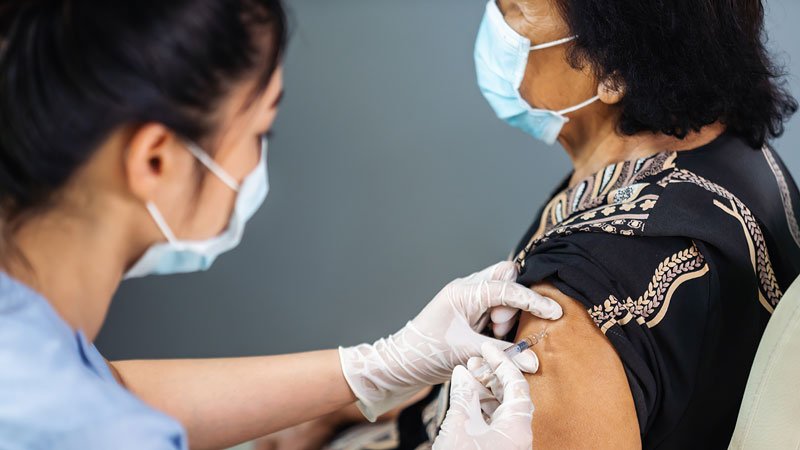 Anticipating an initial short supply of COVID-19 vaccines, a prominent scientific advisory committee recommends the first vaccines be given to about 15% of Americans with the highest risk for infection or serious illness.

These include primarily healthcare workers, first responders, individuals with underlying health conditions, or those over age 65 living in congregate settings.

Some 130 COVID-19 vaccines are in development worldwide, with 43 in human trials. The US government’s Operation Warp Speed program has been assisting development of six vaccines, with four in late-stage phase 3 human trials.

“But even under the best circumstances, experts are speculating that we may have an effective vaccine by end of the year or early next year,” said National Academies of Sciences, Engineering and Medicine President Victor Dzau, MD.

“We all know that doses will be limited, certainly initially at the beginning,” he said, at a briefing unveiling the National Academies committee’s recommendations.

Healthcare workers would be in the first of four phases of the rollout of a vaccination campaign, according to the recommendations.

The committee began meeting in July, issued draft recommendations on September 1, and after hearing 5 hours of public testimony and receiving some 1400 written comments, released its final recommendations.

Committee co-chair Helene Gayle, MD, MPH, president and CEO of the Chicago Community Trust, urged the US Department of Health and Human Services to adopt the recommendations and to create national guidelines.

“We feel like that it is so important that a national framework be laid so that there is coordination of this,” with local, tribal, state and territorial health authorities, said Gayle, noting that such a process “is the way national public health exists in this country.”

Co-chair William Foege, MD, MPH Emeritus Distinguished Professor of International Health at Emory University’s Rollins School of Public Health in Atlanta, noted that the National Academies’ imprimatur was “so important for the trust factor,” in terms of how the public might view the recommendations, because it is a long-lived independent body.

The National Institutes of Health and the Centers for Disease Control and Prevention (CDC) requested the National Academies’ input.

In addition to recommending a plan for who should receive vaccines first, the National Academies panel also covers how the federal government should address the health disparities the pandemic has exposed and vaccine hesitancy, and create a campaign to promote acceptance of the COVID vaccine.

The National Academies urges health authorities to make efforts to reach the most socially- and economically-vulnerable residents during every vaccination phase, by using the CDC’s Social Vulnerability Index or the more specific COVID-19 Community Vulnerability Index.

This would help address COVID-19’s disproportionate impact on people of color, said the panel.

“It’s racism that is the root cause of this problem,” said Foege. “This virus has no concept of color, but it has a very good concept of vulnerabilities,” he said.

The panel said the second vaccination phase would include one third of Americans: kindergarten through 12th grade teachers and staff, child care workers, food supply and public transit workers, and others in high-risk settings, along with people of any age with underlying conditions that put them at moderate risk for COVID-19.

It should also include staff and individuals in homeless shelters or group homes for those with disabilities or in recovery, as well as all adults older than 65 years not included in the first phase.

Just under half of Americans would be part of phase 3, including young adults and children, and employees of colleges and universities, hotels, banks, exercise facilities, factories, and other environments that pose a moderately high risk for exposure. The final phase would cover all those who did not have access in prior vaccination phases.

“We know that there is a huge amount of scepticism because of the speed of the development of the vaccine, because of some of the confusing statements that have been made,” Gayle explained.

“We really want to make sure that people are very clear, understand the science and that we can do everything to minimize the kind of hesitancy that we know exists in the American public and particularly among groups who might have the most to benefit from vaccine.”

The committee also urged the federal government to re-up alliances with international groups such as the World Health Organization, and GAVI, the non-profit vaccine organization started by Bill and Melinda Gates. Foege and Gayle said that the United States could learn from other nations and vice versa.

“GAVI has now turned out to be the single biggest program with experience in delivering vaccines in the world,” said Foege.

Noting that this is a global pandemic, Gayle said cooperation is critical, as is supporting equitable vaccine allocation worldwide. “We want the US government to commit to a leadership role in demonstrating equity,” she said.

The panel recommended that the US work with Gavi’s COVAX to promote development and distribution of COVID-19 vaccines worldwide. That would include “ensuring that some meaningful proportion of the US vaccine supply should be made available for global allocation,” Gayle said.

The National Academies committee expects that its recommendations will be incorporated by the CDC’s Advisory Committee on Immunization Practices, which will be the final official arbiter of vaccine allocation and distribution in the United States.