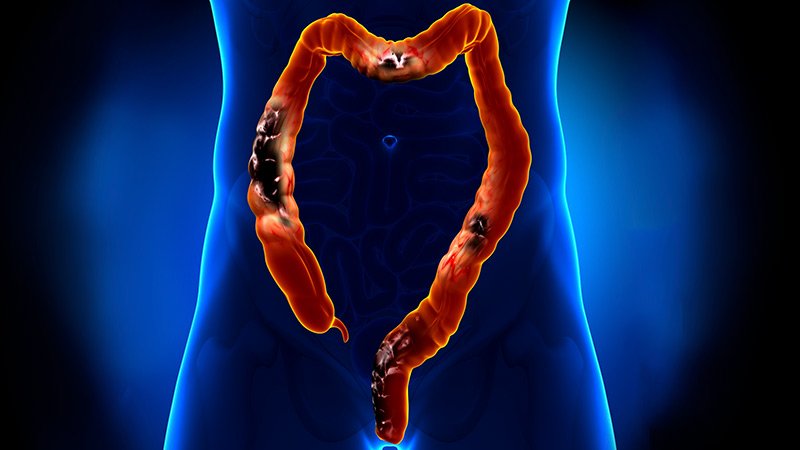 A new meta-analysis has largely confirmed what is already known about the lifestyle factors that increase and those that decrease the risk of developing colorectal cancer.

The use aspirin and nonsteroidal anti-inflammatory drugs (NSAIDs) is associated with a decreased risk for colorectal cancer, the new article concludes. But it also adds a number of other factors that are associated with a decreased risk for the disease, including taking magnesium and folate supplements and eating dairy products, fiber, soy, and fruits and vegetables.

On the other hand, consumption of meat and alcohol was associated with an increased risk for colorectal cancer in almost all of the analyses included in this article.

The study was published online September 28 in Gut.

However, the authors point out that it is important to keep in mind that in most cases, the level of evidence is low or very low, primarily because of the heterogeneity of the various published studies, as well as the type of study.

“Furthermore, in most cases, we were unable to identify an optimal dose and duration of exposure/intake for any of the products, even in the case of low-dose aspirin and other compounds that have been extensively assessed,” they write.

The findings of this new meta-analysis echo previous findings on this issue.

A number of studies, for example, have found varying associations between the consumption of red meat and cancer. The American Institute for Cancer Research and the World Cancer Research Fund have published several reports during the past 10 years on the effect of diet, nutrition, and/or physical activity on risk for several cancer types. Their most recent study, published in 2017, concluded that eating red meat and processed meat may increase the risk for colorectal cancer, as may drinking two or more alcoholic beverages per day.

Another large meta-analysis published earlier this year found that regular use of aspirin reduced the risk for cancers of the digestive tract by 22% to 38% compared with nonuse.

The studies included randomized controlled trials and observational studies. Most of the meta-analyses found a protective effect for aspirin, lowering the risk by between 14% and 29% even at doses as low as 75 mg/d, with a dose-response effect of up to 325 mg/d. The certainty of evidence was moderate.

NSAID use was also associated with a protective effect, with a significant 26% to 43% decrease in the incidence in colorectal cancer. The optimal duration for the observed protective effect remains unclear. Two meta-analyses suggested that NSAIDs may need to be taken for at least 5 years, although one article suggested a protective effect after the first year. The certainty of evidence was low.

Use of magnesium was found to be protective, with a relative risk (RR) of 0.78 to 0.87. High intake of folic acid was associated with a significant decrease in risk (RR, 0.85 – 0.88). The certainty of evidence was low and very low, respectively.

Consumption of dairy products was associated with 13% to 19% lower risk for the disease. However, the authors note that because of the small number of available meta-analyses, the multiplicity of outcomes, and the variety of dairy products, it was not possible to reach any firm conclusions about the amount needed or the duration necessary for a protective effect.

For many of the other items reviewed, evidence was either weak or no beneficial effect was seen.

Consumption of both meat and alcohol was found to increase the risk for colorectal cancer.

Most of the meta-analyses of observational studies have reported a significant increase in risk (RR, 1.12 – 1.21) with meat consumption (particularly red and processed) and the incidence of colorectal cancer. Studies of the dose effect reported a 10% to 30% increased risk for each increment of 100 g/d of total or red meat.

Alcohol consumption was also associated with a significantly increased risk. The higher the intake, the greater the risk. The risk was evident even at the lowest consumption doses that were investigated (1 – 2 drinks per day).

Balanced for the Individual Patient

Commenting on the article, Thomas J. George, Jr, MD, professor of medicine and director, GI Oncology Program, the University of Florida Health Cancer Center, Gainesville, Florida, feels that the take-home message for clinicians and patients alike is that these data help to reinforce behaviors that have already been recommended.

“We know that excessive alcohol and red meat consumption is not healthy, so seeing that there may be a negative effect on colorectal cancer is just more evidence that we should be avoiding that and recommend avoiding that,” said George. “So yes, I recommend minimizing those, and likewise, a diet that is inclusive of fruits, vegetables, fiber, soy ― perhaps as an alternative to meat consumption ― is healthier than a diet devoid of these, so again, more reassuring data to support doing what we should already be doing.”

However, he pointed out that there are risks associated with medications such as NSAIDs and aspirin, including bleeding, gastric ulcer formation, and kidney damage. “The risks are low but very real,” George said. “So I think those recommendations need to be considered on a very individual level, balancing any other risk factors that the patient may have for both colorectal cancer as well as risks from the medications.”

The study had no outside funding. The authors have disclosed no relevant financial relationships.