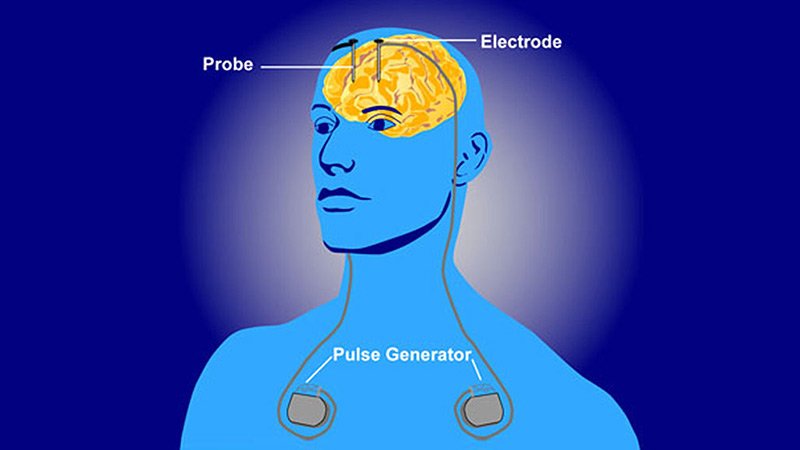 Deep brain stimulation (DBS) may be an effective option for patients with treatment-resistant schizophrenia (TRS), new research suggests. However, until further studies are conducted, the treatment should only be considered for the most severe cases.

The first clinical trial to assess DBS in this challenging patient population included eight patients initially randomly assigned to receive electrode placement in one of two locations in the brain. Once a clinical response was achieved and participants were stabilized, they were randomly assigned to a second crossover phase.

Preliminary findings from the first phase of the DBS-SCHIZO pilot study, which were reported in 2017, showed promising efficacy.

The newly released final results revealed an association between DBS and significant improvements in Positive and Negative Symptoms Scale (PANSS) scores, as well as reductions in doses of antipsychotic medication. Moreover, the effect reversed when the electrode was switched off.

“DBS may be a potential option for severe treatment-resistant schizophrenia patients,” lead investigator Iluminada Corripio, MD, PhD, Department of Psychiatry, Hospital de la Santa Creu i Sant Pau, Barcelona, Spain, said during her presentation at the 33rd European College of Neuropsychopharmacology (ECNP) Congress. The meeting was held online this year because of the COVID-19 pandemic. The new data were updated results of a study published in EBioMedicine earlier this year.

Corripio underlined that it is important to balance the risks and benefits of the intervention. DBS is “not useful for all phenotypes”; benefits have been seen in patients with hallucinations but not in those with a disorganized phenotype, she added.

Managing TRS is challenging and is associated with a high clinical and economic burden, Corripio noted. Relapse rates can reach 80%, increasing resource use by between threefold and tenfold.

There is a strong rationale for studying the use of DBS in schizophrenia, because schizophrenia shares a neurologic basis with other neurologic and psychiatric disorders centered around the cortical-striatal-thalamic-cortical circuit, said Corripio.

The study included eight patients with a DSM-IV-TR diagnosis of schizophrenia whose conditions were resistant to at least two different atypical antipsychotics and who had not responded to clozapine monotherapy, combination therapy, or electroconvulsive therapy.

All were randomly assigned in a 1:1 ratio to DBS electrode implantation in one of two locations. Investigators chose the nucleus accumbens (NAcc), because recent studies have shown that DBS can increase dopamine levels there, and the subgenual anterior cingulate cortex (ACC). Deactivation failure in the ACC region has been observed in patients with schizophrenia and other mental illnesses.

Stimulation began 48 to 72 hours postoperatively with unilateral left stimulation at 2.5 volts. It was increased in 0.5 volt increments to a maximum of 7.5 volts. Patients who did not respond were switched to bilateral stimulation.

Follow-up was conducted every 2 weeks for up to 20 months. The study’s primary outcome was a symptomatic response, defined as an improvement of at least 25% on the PANSS.

Once that was achieved, patients could enter a second randomization phase in which they were assigned, in a 24-week, double-blind crossover design, to on-treatment or off-treatment DBS arms such that patients received stimulation for 12 weeks before the device was turned off for 12 weeks, or vice versa.

Patients’ average age was 42.5 years, and 50% were women. All were taking clozapine in combination with another antipsychotic.

Five patients experienced adverse events during the first phase, four of which were associated with rechargeable battery replacement. One experienced akathisia, another experienced behavioral changes, and a third experienced electrical disturbances.

A fourth patient experienced postsurgical hemorrhage of the right internal capsule on day 4, followed by encephalitis at week 8. He had a clinical improvement but experienced relapsed during follow-up.

The fifth patient accidentally switched off the device and withdrew from the study.

During the first randomization phase, DBS was associated with significant improvements on total, positive, and negative PANSS scores in comparison with the postoperative baseline measure in the seven remaining patients (P < .001 for trend).

Three patients entered the second, crossover phase of the study. Two began in the off-treatment arm and experienced relapsed within 1 and 2 weeks, respectively. Total PANSS scores increased from 79 to 98 for the first patient and from 47 to 93 for the second patient.

Neuroimaging showed that among patients who responded to DBS, brain metabolism increased in some brain areas and decreased in others. Corripio said this suggests a “rebalancing” of neural circuits.

However, for all three patients who remained in the study, their clozapine dose was reduced.

Corripio reported that the team has observed negative thoughts and obsessive symptoms in patients with electrodes in the ACC, and all have needed either psychosocial rehabilitation or cognitive-behavioral therapy.

The investigators are now planning another DBS study involving patients with TRS, although this one will include a clinical recovery program focusing on family interventions and cognitive-behavioral therapy.

In the post-presentation debate, Damiaan Denys, PhD, professor and chair of the Department of Psychiatry at the Academic Medical Canter, University of Amsterdam, the Netherlands, said that DBS remains a treatment of “last resort” in TRS.

This is because it is both costly and invasive, and although the associated risk of bleeding and infection is low, he noted that the consequences are significant.

Denys added that patients need to have the potential for improvement; electrodes can be easily implanted, and the approach may tempt clinicians who sometimes “struggle with a huge amount of treatment-refractory cases.”

He also pointed to results achieved in studies of obsessive-compulsive disorder and depression, in which around 50% of patients responded to DBS.

“I think that’s the reason why we should be reluctant and not treat anyone at any stage, but first look for the more severe cases,” Denys said.

She told Medscape Medical News that patients with TRS have a lot of unmet needs and that DBS is worth trying in this patient population, with the goal being to “conduct a really good clinical trial” similar to the current study.

Antipsychotic drugs work well in responsive patients, but “in some cases the person is treatment refractory…and in other cases the patient relapses,” Gault said.

She believes that DBS has the “potential to be more potent than antipsychotics in modulating the circuit of interest” and so fulfills the unmet needs of these patients while alleviating their symptoms.

Gault added that some patients experience “breakthrough symptoms” even while they are medication adherent. “That is a call for an intervention that is more potent” and suggests another potential role for DBS, Gault said.

Overall, there are “a lot of really compelling reasons to pursue” DBS. However, there are also questions about how motivated patients with TRS are to participate in a clinical trial, Gault noted.

Patients with schizophrenia “tend not to be very motivated, especially if they have negative symptoms.” However, “if you were able to consider more of the population and not just the most severely affected, eventually you would find more people who are interested,” she said.

Still, it will take a better understanding of the efficacy and safety of the intervention for more people to be interested in trying it, said Gault.

“I think it’s hard early on, when you don’t actually know what the outcomes would be, if it’s even effective at all. But as you get more and more data in the population and at the different targets, people would be more open to it,” she said.

Another issue in generating interest among patients with schizophrenia is that many have not considered DBS as an option.

“It takes a while to think about it,” she noted. “You don’t want to rush into something that you just heard about, and so part of it is just education.”

The study was funded by Instituto Carlos III. Corripio reported having received research grants and conducting consultancy for Otsuka, Ferrer, Janssen, and Lilly. No other relevant financial relationships were reported.