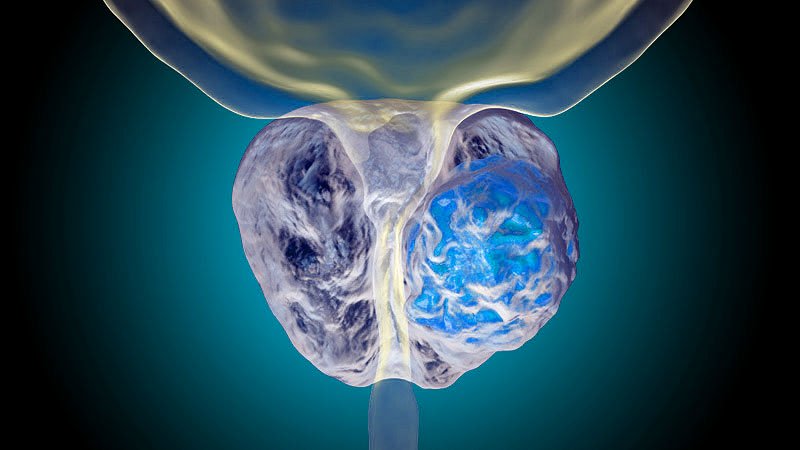 A study of more than 60,000 prostate cancer patients suggests it is safe to delay radiation therapy (RT) for at least 6 months for localized higher-risk disease being treated with androgen deprivation therapy.

These findings are relevant to oncology care in the COVID-19 era, as the pandemic has complicated delivery of radiation therapy (RT) in several ways, the study authors wrote in JAMA Oncology.

“Daily hospital trips for RT create many possible points of COVID-19 transmission, and patients with cancer are at high risk of COVID-19 mortality,” Edward Christopher Dee, a research fellow at Dana-Farber Cancer Institute in Boston, and colleagues wrote.

To assess the safety of delaying RT, the investigators analyzed National Cancer Database data for 63,858 men with localized but unfavorable intermediate-risk, high-risk, or very-high-risk prostate cancer diagnosed during 2004-2014 and managed with external beam RT and androgen deprivation therapy (ADT).

The investigators found that 10-year overall survival rates were similar regardless of when patients started RT.

“These results validate the findings of two prior randomized trials and possibly justify the delay of prostate RT for patients currently receiving ADT until COVID-19 infection rates in the community and hospitals are lower,” the authors wrote.

Despite the fairly short follow-up period and other study limitations, “if COVID-19 outbreaks continue to occur sporadically during the coming months to years, these data could allow future flexibility about the timing of RT initiation,” the authors concluded.

“Overall, this study is asking a good question given the COVID situation and the fact that many providers are delaying RT due to COVID concerns of patients and providers,” Colleen A. Lawton, MD, of the Medical College of Wisconsin, Milwaukee, commented in an interview.

At the same time, Dr. Lawton cautioned about oversimplifying the issue, noting that results of the Radiation Therapy Oncology Group (RTOG) 9413 trial suggest important interactions between the anatomic extent of RT and the timing of ADT on outcomes (Int J Radiat Oncol Biol Phys. 2007 Nov 1;69[3]:646-55).

“I have certainly delayed some of my own patients with ADT during the COVID pandemic,” she reported. “No one knows what the maximum acceptable delay should be. A few months is likely not a problem, and a year is probably too much, but scientifically, we just don’t know.”

In addition, the study did not address why ADT was given when it was, the duration of this therapy, and endpoints other than overall survival (such as prostate-specific antigen failure rate) that may better reflect the effectiveness of cancer treatment.

“Yes, delays are safe for patients on ADT, but not for the reasons stated. A more appropriate source of data is RTOG 9910, which compared 28 versus 8 weeks of ADT prior to RT for mostly intermediate-risk prostate cancer patients with comparable results,” Dr. Roach noted (J Clin Oncol. 2015 Feb 1;33[4]:332-9).

“Delay duration should be based on the risk of disease, but 6 months is probably safe, especially if on ADT,” he said.

Michael J. Zelefsky, MD, of Memorial Sloan Kettering Cancer Center in New York, said he agreed with the investigators’ main conclusions. “Once ADT suppression is achieved, maintaining patients on this regimen for 6 months would not likely lead to the development of a castrate-resistant state where radiotherapy would be less effective,” he elaborated.

However, limitations of the database used preclude conclusions about the safety of longer delays or the impact on other outcomes, he cautioned.

“This study provides further support to the accepted notion that delays of up to 6 months prior to initiation of planned prostate radiation would be safe and appropriate, especially where concerns of COVID outbreaks may present significant logistic challenges and concerns for the patient, who needs to commit to a course of daily radiation treatments, which could span for 5-8 weeks,” Dr. Zelefsky said.

“We have, in fact, adopted this approach in our clinics during the COVID outbreaks in New York,” he reported. “Most of our patients with unfavorable intermediate- or high-risk disease were initiated on ADT planned for at least 4-6 months before the radiotherapy was initiated. In addition, for these reasons, our preference has been to also offer such patients, if feasible, an ultrahypofractionated treatment course where the radiotherapy course is completed in five fractions over 1-2 weeks.”

This research was funded by the National Institutes of Health. The authors disclosed various grants and personal fees outside the submitted work. Dr. Lawton disclosed that she was a coauthor on RTOG 9413. Dr. Roach and Dr. Zelefsky disclosed no relevant conflicts of interest.