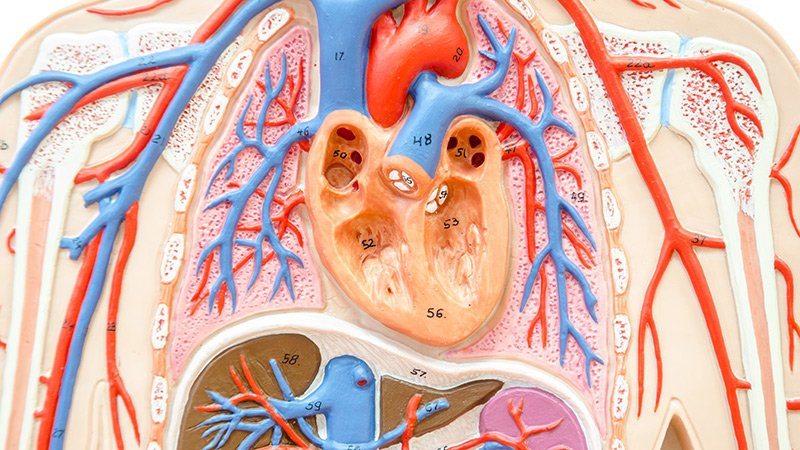 Denervation by catheter ablation, having broached the drug-intensive world of hypertension with some success, is venturing into a clinical realm that has repeatedly crushed attempts at medical therapy: heart failure with preserved ejection fraction (HFpEF).

The splanchnic circulation, a major reservoir of blood volume, is seldom discussed in cardiology despite the critical behind-the-scenes role it seems to play in some forms of heart failure. Lately, however, the greater splanchnic nerves (GSN), which sympathetically control fluid redistribution to and from the abdomen, appear promising as a potential treatment target in heart failure.

The first 11 patients with HFpEF to undergo ablation of the right GSN using a proprietary catheter system showed markedly improved symptom scores over 3 months. About half were in New York Heart Association (NYHA) class 3 at baseline; all patients were in class 2 or better at both 1 and 3 months.

The first-in-human study demonstrated that permanent, right-sided GSN ablation is promising as a therapy for some patients with HFpEF, “is well tolerated, and results in clinically meaningful improvements in quality of life and exercise capacity,” Sanjiv J. Shah, MD, said when presenting the experience October 5 at the Heart Failure Society of America (HFSA) Virtual Annual Scientific Meeting 2020.

The procedure isn’t envisioned as a substitute for drug therapy, but “there’s a possibility we’ll be able to reduce the number of medications patients are on, or at the very least, hopefully, avoid compounding their current long medication list with even more medication,” Shah, of Northwestern University Feinberg School of Medicine, Chicago, Illinois, told theheart.org | Medscape Cardiology.

The ablation strategy aims to quell chronically overactive sympathetic stimulation of the splanchnic vessels that tends to shift fluid volume into the central circulation, including in the heart and lungs, thereby impairing hemodynamics and functional status and causing symptoms.

Although splanchnic denervation studies in heart failure have so far looked only at hemodynamic and functional outcomes, “one could certainly postulate that this therapy has the potential to decrease heart failure hospitalizations or possibly even increase survival,” Margaret M. Redfield, MD, said as invited discussant following Shah’s presentation of the study.

“But if it’s safe and at least improves exertional dyspnea, that’s an incredibly important endpoint to meet in these patients who are desperate for something to make them feel better,” said Redfield, a HFpEF expert at the Mayo Clinic, Rochester, Minnesota.

If GSN catheter ablation was conclusively shown to improve exercise tolerance and symptom status, she said, it might enable patients with heart failure to benefit more from exercise training.

“Unfortunately, it’s been incredibly difficult to find a medical therapy that will improve the perturbations that we know are present in HFpEF in the myocardium,” Redfield said. Although splanchnic denervation doesn’t work directly on the myocardium, it has the potential to improve hemodynamics and so is “certainly worthy of continued study.”

The catheter procedure represents a less invasive step up from the surgical approach of earlier splanchnic denervation studies in heart failure.

For example, surgical ablation of the right GSN was followed by symptomatic and functional gains at 3 months and signs of reverse cardiac remodeling at 6 months in a series of 10 patients with acute decompensated heart failure, reported in 2018. In a series from about the same time, bilateral GSN block with lidocaine improved hemodynamics and symptoms over 90 minutes in 5 patients with the same form of heart failure.

The strategy, should it enter practice, probably wouldn’t be for all HFpEF. “We don’t really know exactly who might be the best responders to this therapy, because our understanding is just in its infancy,” Shah said in an interview. “But our feeling is that splanchnic denervation will help a really broad variety of HFpEF patients — at least that’s what we’re thinking now.”

“This therapy, with more data, may turn out to be an effective therapy for all different HFpEF phenotypes,” Redfield said. But if not, temporary splanchnic nerve blockade could be used identify patients who tolerate and hemodynamically respond to it. “And then those responders could be randomized to permanent denervation vs sham procedure in future trials.”

The group showed significant improvements in both NYHA functional class and Kansas City Cardiomyopathy Questionnaire (KCCQ) quality-of-life scores at both one and three months. Levels of N-terminal pro-brain-type natriuretic peptide (NT-proBNP) dropped between months 1 and 3.

And there were nonsignificant but clinically relevant improvements in 6-minute walk distance (6MWD), Shah said. The distance lengthened by a mean of 30 meters compared to baseline in all patients. It went up by at least 45 meters in 5 of the patients by month 1 and in a total of 8 patients by month 3, he reported.

Shah said a multicenter randomized Investigational Device Exemption (IDE) trial of the catheter procedure, called REBALANCE-HF and slated to launch in 2021, plans to enroll up to 80 patients with HFpEF at centers in the United States and other countries. Importantly, for the trial’s ultimate credibility, patients in the control group will undergo a sham GSN ablation procedure.