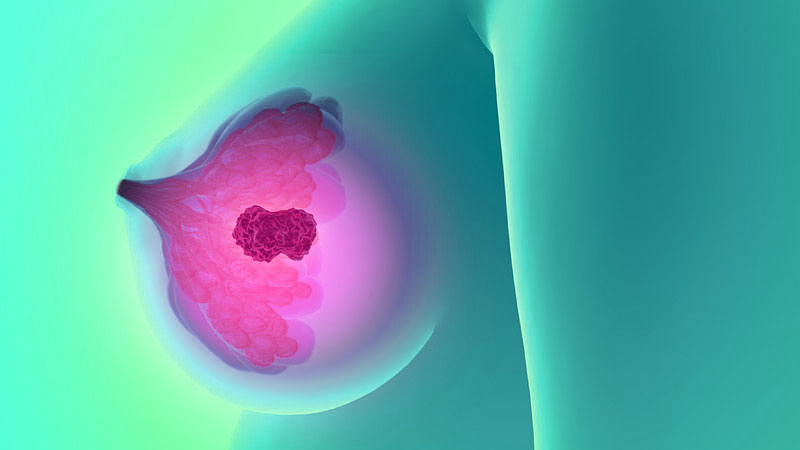 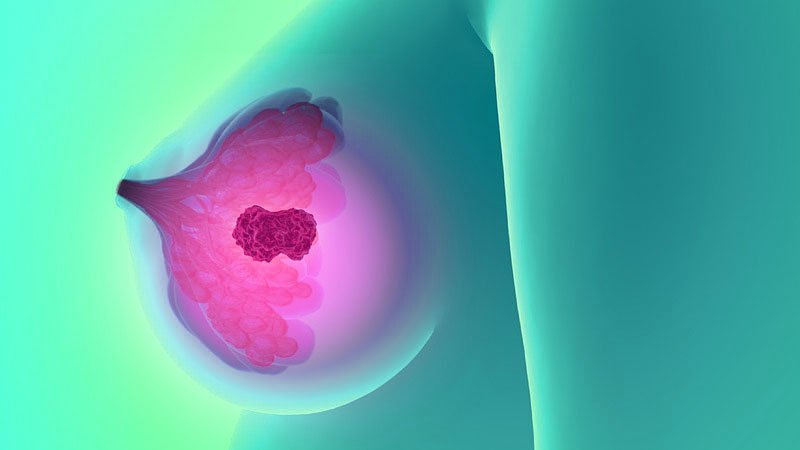 Certain patients with triple-negative breast cancer (TNBC) may benefit when atezolizumab is combined with nab-paclitaxel but not with paclitaxel, a pair of phase 3 trials suggest.

The trials, IMpassion130 and IMpassion131, both enrolled patients with metastatic or unresectable, locally advanced TNBC.

In IMpassion131, adding atezolizumab to paclitaxel did not improve progression-free survival (PFS) or overall survival (OS), regardless of programmed death–ligand 1 (PD-L1) expression.

In IMpassion130, adding atezolizumab to nab-paclitaxel did not improve OS in the intention-to-treat (ITT) population but did provide a “clinically meaningful” improvement in OS among PD-L1-positive patients, according to investigators.

IMpassion130 and IMpassion131 were presented during the same session at the European Society for Medical Oncology (ESMO) Virtual Congress 2020.

Potential reasons for the different outcomes in the two studies require further exploration, according to David Miles, MD, of Mount Vernon Cancer Centre in Northwood, England, who presented the findings from IMpassion131.

ESMO discussant Lisa A. Carey, MD, of the University of North Carolina at Chapel Hill, posited three possible explanations for the divergent findings. The steroids necessary with paclitaxel dosing may have had a negative effect on immune checkpoint inhibitor activity, differences in study populations may have played a role, or the divergent findings could be caused by chance.

Steroid use in IMpassion131 could have played a negative role because of its lympholytic activity, but other indications with steroid use have not demonstrated attenuated benefits, said Leisha A. Emens, MD, PhD, of the University of Pittsburgh Medical Center, who presented the findings from IMpassion130 at ESMO 2020.

“If I were a patient, based on the data to date, I would want nab-paclitaxel with atezolizumab,” Dr. Emens said.

Both trials are phase 3, double-blind, placebo-controlled studies of women with metastatic or unresectable locally advanced TNBC who had received no prior therapy for advanced TNBC.

In both studies, patients received atezolizumab at 840 mg on days 1 and 15 of a 28-day cycle in their active treatment arms.

Baseline characteristics were well balanced between the treatment arms in both studies. Less than half of patients – 45% in IMpassion131 and 41% in IMpassion130 – were PD-L1 positive.

The primary endpoint in IMpassion131 was PFS, and there was no significant difference in PFS between the treatment arms.

“The primary objective of IMpassion131 was not met,” Dr. Miles said. “[The] addition of atezolizumab to paclitaxel did not significantly improve PFS in patients with PD-L1-positive metastatic triple-negative breast cancer.”

In subgroup analyses, Dr. Miles noted, “There was no clue about adverse or beneficial effects in any subgroup.”

The updated OS analysis demonstrated no benefit with atezolizumab in the ITT population or the PD-L1-positive population. In fact, there was a trend toward better OS for the control group in the latter analysis.

The safety profile of the atezolizumab-paclitaxel combination was consistent with known side effects of the individual drugs, Dr. Miles said. There were four fatal treatment-related adverse events in the atezolizumab arm.

Presenting the final OS analysis from IMpassion130, Dr. Emens noted that the study’s findings have led to recommendations for atezolizumab plus nab-paclitaxel as first-line treatment of PD-L1-positive TNBC in international guidelines.

Both studies were funded by F. Hoffman–La Roche. Dr. Miles, Dr. Emens, and Dr. Carey disclosed financial relationships with Roche and other companies.