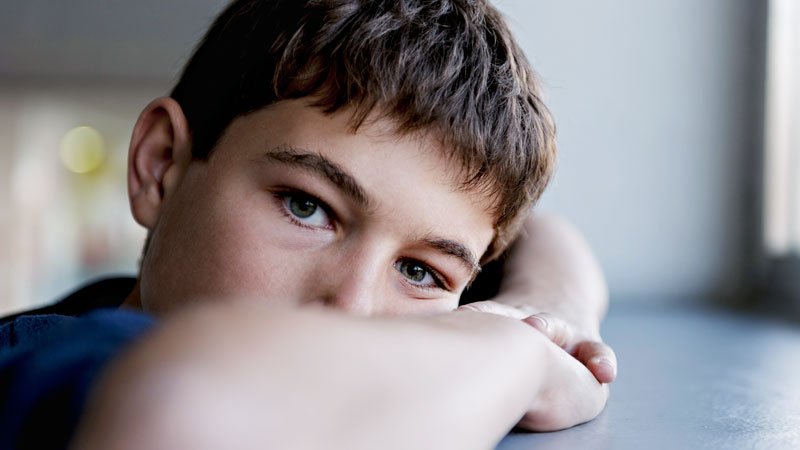 Health and social care professionals are divided over whether child obesity is a child protection issue, and evidence is desperately needed to help resolve it, finds a qualitative study exploring the topic.

Peter Nelson, PhD, coordinator of social research at Sheffield Hallam University, led the study. “Families are potentially missing out on key services because of the nature of threshold decisions [the point at which a child is taken into child protection], which seem to be made on value judgements and views rather than a robust evidence base,” he told Medscape News UK.

The researchers aimed to explore practice and considerations around whether child obesity should be a child protection issue among a range of relevant professionals. “In fact, paediatricians instigated the research upon seeing more and more children presenting at hospital with obesity,” Dr Nelson explained.

Central to the research was the finding that thresholds for referral of a child into child protection were not clear cut. “The research found that people’s value judgements on obesity impacted more on threshold judgement than any independent medical assessment,” said Dr Nelson. “People also seemed to make judgements on other people’s thresholds, illustrating the level of disagreement.”

Practice around treating child obesity as a child protection issue varies markedly across the UK with childhood obesity policy incorporated in some local child protection procedures, for example in Norfolk, but with no or very little mention in many other areas.

Child protection orders in relation to obesity do exist, but the only number found, according to Dr Nelson, is from 2014 when 70 children were brought into care for neglect of a child’s obesity. The professional division identified by the study is “reflected in social work where the reluctance to undertaking a role based on bodily surveillance is set against the need to investigate neglect,” the researchers write in a paper published in The British Journal of Social Work timed to coincide with the presentation at the online meeting of The European and International Congress on Obesity (ECOICO).

Dr Alison Steele is officer for child protection at the Royal College of Paediatrics and Child Health. She recognises that child obesity is a public health issue as well as being a societal issue, but told Medscape UK that, “Very occasionally, when a child is severely obese and suffering significant ill health because of their condition, and where the parents are unwilling or unable to work collaboratively with professionals to address the issue, it can become a child protection issue. Fortunately, this is extremely rare.”

Reflecting the need for an interdisciplinary approach to managing child obesity from a social working angle, Andrew Martin, director of the Safeguarding Network – an organisation of social workers who provide safeguarding advice and support to safeguarding leads – also commented on the research.

“We welcome a focus on this important area. Issues such as obesity, where it is likely to cause long-term harm, require careful interagency working, balanced discussions with family, and caring interventions with children,” he remarked adding that, “there needs to be a clear focus on protecting the child from longer-term harm.”

Researchers interviewed 23 health and social care professionals and conducted focus groups with 24 health and social care professionals working in child protection and obesity services for a local authority in the north of England between 2017-2018. They conducted semi-structured interviews and focus groups to explore their decision-making, views, and experiences of working with obesity and the child protection system. All responses were anonymised.

Results showed that study participants recognised links between poverty and deprivation but when child obesity was framed as a child protection issue, “family responsibility came to the fore, and the further we discussed legal protection and child protection, it became more about the individual, although participants also resisted blaming parents,” related Dr Nelson.

Analysis of responses indicated that 10 out of 23 interview participants believed that child obesity is a child protection issue, with a further three agreeing if obesity was also associated with wider concerns about neglect. Seven interviewees thought obesity was not a child protection concern, and three considered the problem was too complex to have a view either way.

Anxiety was expressed by health and social care professionals about the removal of a child with obesity from parents. “However, there’s also a need to investigate neglect where evidence exists of a clear parental failure to manage a child’s diet, health and fitness,” said Dr Nelson.

He continued by explaining that a touchpoint emerged where families either failed to acknowledge the problem, or did not take up the services offered. “This is where child obesity was found to switch to neglect.”

The paper discusses how this chimes with the framework proposed by Prof Russell Viner, the current president of the Royal College of Paediatrics and Child Health, when in 2010 he proposed that childhood obesity alone was not a child protection issue but that consistent failure to change lifestyle and engage with outside support indicates neglect, particularly in younger children.

“The outcomes of removing a child from the parental home are very poor, and social workers would try and avoid removing a child if at all possible,” Dr Nelson pointed out. “Unfortunately, many services to help a child with obesity, for example in depth family support, only become available once the child is in the child protection arena. The social workers made it very clear that if a case went to court, the judge would require evidence to show every possible service had been provided to a family,” he added.

In terms of moving forward to improve the situation, Dr Nelson noted that participants largely agreed that direct work with the family was one of the most effective measures, whether within or outside the child protection arena. “Just removing a child does not bring about change. We really want a policy change, or even recommendations, to guide, but not dictate, practice in this area.”

He also pointed out that a more robust evidence base was needed comprised of what does and does not work, for example, if taking a child into care was beneficial. “We don’t want to take a child into care because we don’t know what else to do.

“There’s a danger that because medicine has not found a solution to child obesity yet, that blame might get passed on to the family, and that is unfair. On the other hand, we need to take action soon because we do have the evidence on the long-term outcomes for these children,” concluded Dr Nelson.

COI: Dr Nelson and Mr Martin have declared no conflicts of interest