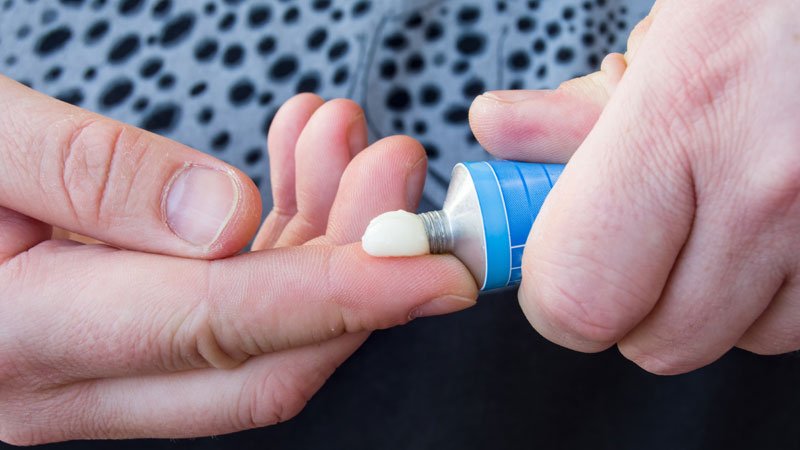 Ultrapotent topical corticosteroids remain the core treatment for vulvar lichen sclerosus, although other therapies can be added, according to an expert speaking at the virtual conference on diseases of the vulva and vagina.

If needed, intralesional steroid injections or calcineurin inhibitors can be added to a topical corticosteroid regimen, Libby Edwards, MD, suggested at the meeting, hosted by the International Society for the Study of Vulvovaginal Disease. In addition, early reports indicate that newer interventions such as fractional CO2 laser treatments may help patients with refractory disease.

Still, “there is no question, there is no argument: First-, second- and third-line treatment for lichen sclerosus is an ultrapotent or superpotent topical corticosteroid,” she said. Steroids include halobetasol, clobetasol, or betamethasone dipropionate in augmented vehicle ointment once or twice per day. Patients should continue this regimen until the skin texture is normal or the disease is controlled as well as possible, which usually takes several months, said Edwards, of Southeast Vulvar Clinic in Charlotte, N.C.

Patients then should continue treatment, but less frequently or with a lower potency steroid.

Although corticosteroids are not Food and Drug Administration–approved for the treatment of lichen sclerosus, double-blind, placebo-controlled trials support their use, Edwards said.

Getting patients to use topical corticosteroids as directed can be a challenge, however, and patient education is crucial.

After about 10 days, many patients start to feel better and stop the medication prematurely, which may lead to recurrence.

“That is such an important counseling point,” Aruna Venkatesan, MD, chief of dermatology and director of the genital dermatology clinic at Santa Clara Valley Medical Center in San Jose, Calif., said during a panel discussion. “Tell them, listen, I may not see you back for a couple months, and you may start feeling better sooner. But I want you to keep using this at this frequency so that when you come back we can make a good decision about whether you’re ready” for a lower potency regimen.

To encourage daily use, Hope K. Haefner, MD, asks patients whether they brush their teeth every night. “When they say yes, I tell them to put the steroid ointment by their toothpaste and use it after brushing,” Haefner, the Harold A. Furlong Professor of Women’s Health at Michigan Medicine in Ann Arbor, said during the discussion. “But don’t mix up the tubes.”

Once lichen sclerosus is controlled, options include decreasing the superpotent steroid to once, three times per week or changing to a midpotency steroid such as triamcinolone ointment every day, Edwards said.

Evidence suggests that controlling lichen sclerosus may prevent squamous cell carcinoma and scarring. In a study of more than 500 patients, about 70% complied with treatment instructions, whereas about 30% were considered partially compliant (JAMA Dermatol. 2015 Oct;151[10]:1061-7.). Patients who adhered to their therapy were less likely to have cancer or ongoing scarring during an average of 4.7 years of follow-up.

“Almost always, topical steroids are all you need,” said Edwards. “Before I go beyond that, I think of other issues that may be causing symptoms,” such as atrophic vagina, steroid dermatitis, or vulvodynia.

For patients with refractory lichen sclerosus, other treatments “can add more oomph to your topical steroid, but they are not better,” she said.

Intralesional corticosteroid injections are one option.

Another option is adding a calcineurin inhibitor such as tacrolimus or pimecrolimus, although these medications can burn with application and irritate. In addition, they carry warnings about rare cases of cancer associated with their use.

Fractional CO2 laser treatments, which are pulsed to minimize damage from heat, have “a lot of providers very excited,” Edwards said. In one open-label study of 40 patients, most reported a decrease in symptoms. (J Low Genit Tract Dis. 2020 Apr;24[2]:225-8.)

“We’re awaiting blinded, controlled studies,” Edwards said. “We don’t have those available yet although they are in progress.”

Ten of Edwards’ patients who did not improve enough with medication have received laser treatments. One patient stopped laser therapy after one treatment. One did not improve. Two were completely cleared, and six had significant improvement.

The ISSVD does not recommend laser for the routine treatment of lichen sclerosus because of a lack of adequate studies and long-term safety data and biologic implausibility, Edwards noted (J Low Genit Tract Dis. 2019 Apr;23[2]:151-60.) Laser treatments for lichen sclerosus should not be used outside of clinical trials or without special arrangements for clinical governance, consent, and audit, according to a consensus document from the society.

“I mostly agree with that,” Edwards said. “But I now think that this is a reasonable thing to use when other treatments have been exhausted.”

Edwards and Venkatesan had no conflicts of interest. Haefner is an author for UpToDate.