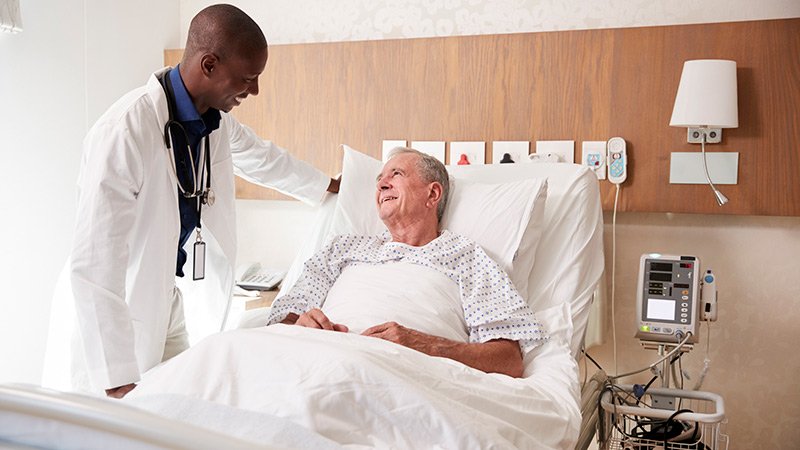 Paige Wickner, MD, MPH, medical director for quality and safety at Brigham and Women’s Hospital and assistant professor at Harvard Medical School, both in Boston, described a scenario that might sound familiar to hospitalists.

A 72-year-old man is admitted to the hospital for a lung transplant, and has a listed allergy to “sulfa,” contained in antibiotics and other medications. His medical records say his reaction was “rash.”

What do you do?

The answer, Dr. Wickner said, speaking at HM20 Virtual, sponsored by the Society of Hospital Medicine, is to first ask more questions for clarification. How bad was the rash? Was it blistering? To what type of sulfa did the patient have a reaction?

These questions can help determine the next steps. For sulfa-based antibiotics, hospitalists can often desensitize patients with certain reaction characteristics using widely studied protocols to allow the patient to temporarily take a sulfa-containing medication.

The dominant message of Dr. Wickner’s talk on drug allergies was to get clear details on the allergic reaction – it can help guide clinicians through a path forward, either finding an alternate drug or performing further evaluation and perhaps continuing with the drug in question if the allergy turns out not to be a major concern.

“Please, for all of your patients, take an allergy history on every listed medication; often you will be able to remove or clarify the medical record and the changes can be life saving,” she said.

For instance, desensitization to sulfa for patients who’ve had a morbilliform rash without a fever can be done on an outpatient basis. But if the patient had hives, or became short of breath or anaphylactic, it needs to be done as an inpatient by an allergist, she said.

The question of drug allergies is substantial. About 35% of patients have at least one listed drug allergy, with penicillin, NSAIDs, and CT contrast agents topping the list, Dr. Wickner said. Although 10% of the general population and 15% of inpatients have a listed penicillin allergy, more than 90% of listed penicillin allergies turn out not to actually be allergic, in part because penicillin allergies are often diagnosed in childhood and are frequently outgrown over time. Having a listed allergy can impact treatment, Dr. Wickner said, with alternatives not always clear-cut.

She described one patient she saw who had 62 listed drug allergies, prompting her clinicians to wonder, “what can I safely give this patient?” Physicians, she said, subject to drug allergy “alert fatigue,” tend to override about 80% of allergy alerts, but this can sometimes have serious consequences.

“The best time to clarify is when a patient is healthy and well,” said Dr. Wickner, not when they are an inpatient and sick. It is much more difficult to test for an allergy, and to treat an allergic reaction, than when someone’s health is quickly declining.

She urged physicians to ask patients to be specific about the name of a drug they suspect they’re allergic to, about the indications, the symptoms, and the timing – an immediate reaction is much different than a symptom that showed up days later.

“Sometimes they’ll say they’re allergic to penicillin, but will tell you they’ve taken Augmentin or amoxicillin, so you can take that allergy off the list,” Dr. Wickner said.

At Brigham and Women’s Hospital and Massachusetts General Hospital, Boston, physicians have developed protocols for assessing and managing suspected allergies to penicillin, aspirin and NSAIDs, and trimethoprim/sulfamethoxazole – helpful tools, she said, because the nature and context of the reaction can matter a great deal in how to respond to the listed allergy.

If someone has a reaction, and you think it might be anaphylaxis, don’t spend time pondering it, Dr. Wickner said. “If that thought crosses your mind, treat it like anaphylaxis, then analyze after the fact.” Most patients with anaphylaxis have some cutaneous sign, even if it’s just flushing.

Dr. Wickner said that, if an allergist is available, take advantage of that. “If allergy is available in-house, utilize them. Often, skin testing and/or challenge can help patients receive first-line therapy.”

In a question-and-answer session after her presentation, Dr. Wickner said that hospitalists “have a huge role to play” in drug allergy delabeling.

“We would love to have a more standard practice of allergy reconciliation, just like we do with medication reconciliation,” she said. Asking questions to get more specifics is essential – and simply asking directly about each listed allergen is “step one, and you’ll really find it’s going to broaden the things that you can do for your patients.”

Asked about whether reactions listed as allergies are frequently just adverse effects, Dr. Wickner said that patients who say they are frequently nauseous – rather than breaking out into a rash, for example – might not be having a true allergic reaction. After careful consideration, they might be better managed with antinausea medication than avoidance of the drug.

This article originally appeared on The Hospitalist, an official publication of the Society of Hospital Medicine.