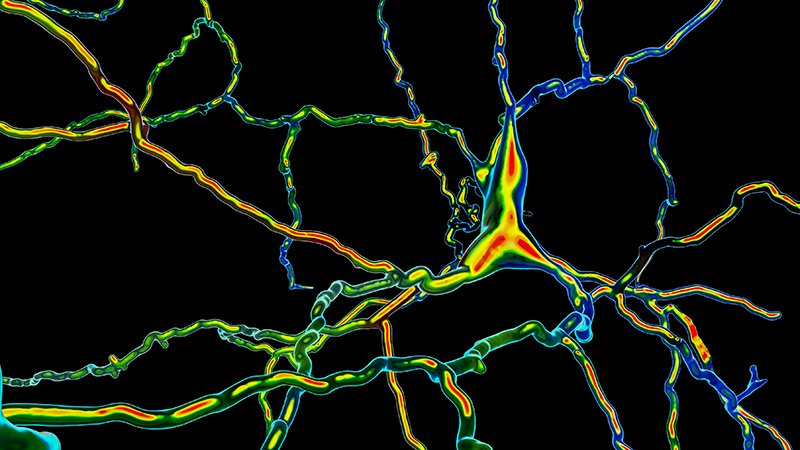 Treatment with a fixed-dose combination of sodium phenylbutyrate and taurursodiol (AMX0035, Amylyx Pharmaceuticals) slows the rate of decline in physical function in patients with amyotrophic lateral sclerosis (ALS), according to results of the phase 2/3 CENTAUR study.

Patients with a fast-progressing form of ALS who were treated with AMX0035 “retained higher levels of physical function over 6 months compared to those who received placebo,” principal investigator Sabrina Paganoni, MD, PhD, of the Sean M. Healey and AMG Center for ALS at Massachusetts General Hospital, Boston, told Medscape Medical News.

“This is very hopeful news for people affected by ALS, especially because we were able to see a treatment effect in a relatively short period of time,” Paganoni said.

The study was published online today in T he New England Journal of Medicine.

In this study, AMX0035 demonstrated a “clinically meaningful benefit and a favorable safety profile for people living with ALS,” Josh Cohen, co-CEO, chairman, and cofounder at Amylyx, said in a news release. The company is “working collaboratively and expeditiously with agencies worldwide to bring this potential new treatment option forward.”

“The data published today makes a clear and compelling case that AMX0035 should be made available to people with ALS as soon as possible,” Calaneet Balas, president and CEO of The ALS Association, said in the release.

The CENTAUR trial tested AMX0035 against placebo in 137 ALS patients with symptom onset within the prior 18 months, with 89 patients in the AMX0035 group and 48 in the placebo group.

AMX0035 or matching placebo were administered once a day for 3 weeks and then twice a day for a planned duration of 24 weeks.

“The score, consisting of four subdomains, showed a change that was most prominent for the fine-motor subscale and less apparent for the other subscales,” the investigators say.

Treatment with AMX0035 led to slowing of disease progression in a population in which many participants were receiving riluzole (Tiglutik), edaravone (Radicava) or both, they point out.

The secondary outcomes were rate of decline in isometric muscle strength and breathing function; change in plasma phosphorylated axonal neurofilament H subunit (pNF-H) levels; and the time to composite events of death, tracheostomy, permanent ventilation, and hospitalization. These outcomes did not differ significantly between the two groups.

AMX0035 was generally well tolerated. Nearly all patients in both groups had one or more adverse events. Events occurring at 2% or greater frequency in the AMX0035 group were primarily gastrointestinal (diarrhea, nausea, salivary hypersecretion, and abdominal discomfort).

The trial was “too short for us to detect an effect on survival,” Paganoni told Medscape Medical News. Most of the participants who completed the trial elected to enroll in an open-label extension study and receive AMX0035 long-term. “This is important because it will teach us about the impact of AMX0035 on survival,” said Paganoni.

Interim data from the ongoing open-label extension study are being submitted to a peer-reviewed journal shortly and will be published in the coming months.

A Cause for Hope

“There has been understandable frustration with the slow pace of development of therapy for ALS,” Michael Benatar, MD, PhD, University of Miami Miller School of Medicine, Miami, Florida, and Michael McDermott, PhD, University of Rochester Medical Center, Rochester, New York, comment in an accompanying editorial.

“Despite dozens of trials, few pharmacologic agents have emerged that affect functional decline or survival — and all only modestly so. Although the effects of sodium phenylbutyrate–taurursodiol are similarly modest, the incremental gains that they provide in the battle against ALS are a cause for hope,” they write.

They caution, however, that this study was enriched for patients with more rapidly progressive disease, which “raises questions about generalizability to the broader population of patients with ALS.”

“Although the patients who were enrolled in the trial may not be biologically different from the broader population of patients with ALS, the magnitude of therapeutic effect may be smaller in the latter,” Benatar and McDermott note.

They say in light of “residual questions about efficacy and the ability of patients to continue taking the drug,” they agree with the authors’ conclusion that “longer and larger trials are needed to evaluate the efficacy and safety of sodium phenylbutyrate–taurursodiol in persons with ALS.”

Given these “tantalizing preliminary data,” Benatar and McDermott say they look forward to “a confirmatory phase 3 trial.”

The study was supported by Amylyx Pharmaceuticals, the ALS Finding a Cure Foundation, and the ALS Association. Paganoni has received grants from Revalesio, Ra Pharma, Biohaven, Clene, and Prilenia. A complete list of disclosures for authors and editorialists is available with the original article.