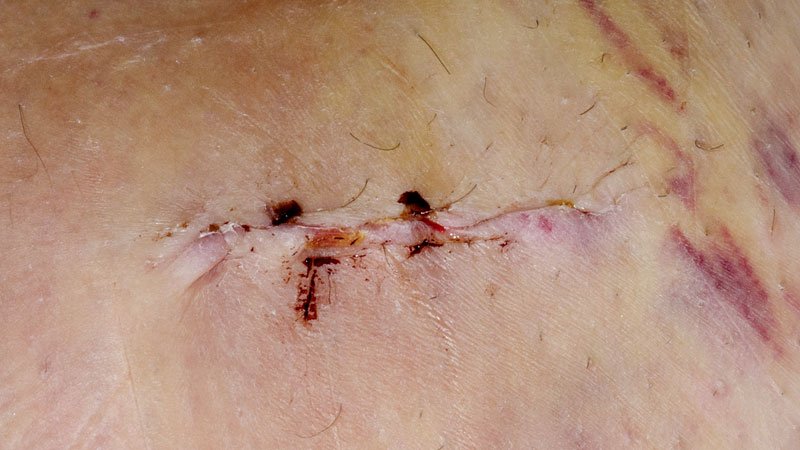 Adjuvant therapy for patients with high-risk resected melanomas is now a standard of care, but the durability of the benefit gained from this treatment is still unclear.

New data show that the benefit is maintained over the longer term.

At 5 years, just over half of patients (52%) with advanced melanoma who had received a year of adjuvant therapy with two targeted agents were still alive and remained relapse-free, compared with 36% of patients who received placebo.

These data come from the COMBI-AD phase 3 trial and were published online today in the New England Journal of Medicine.

“The treatment duration of this adjuvant therapy was 12 months; however, we do not know whether this is the optimal treatment duration,” said lead author Reinhard Dummer, MD, vice-chairman, Department of Dermatology, University of Zurich Hospital, Switzerland. “Early biomarker results suggest that in a subgroup, longer treatment durations might be necessary. In other patients, a shorter treatment could be sufficient.”

Approached to comment on the study, Richard Carvajal, MD, director of Melanoma Service at NewYork-Presbyterian Hospital and Columbia University Medical Center in New York City, said the new data “address prior concerns that any benefit achieved with targeted therapy in the adjuvant setting may be limited in duration.”

Carvajal told Medscape Medical News that the plateaus observed with relapse and distant metastasis-free survival suggest that true disease cures are being achieved with treatment. “Based upon these results, the discussion of adjuvant therapeutic options should include a 12-month course of adjuvant dabrafenib and trametinib, as well as the option of adjuvant anti-PD1 therapy,” he said.

As for how the MEK-BRAF inhibitor combination compares to immunotherapy in this setting, he pointed out that since there has been no head-to-head comparison of adjuvant targeted therapy and adjuvant nivolumab (Opdivo) or pembrolizumab (Keytruda), it is not possible to conclusively state that one regimen is more effective than another.

“For patients with resected BRAF-mutant melanoma at high risk of disease recurrence, we now have data demonstrating the clinical benefit for a course of adjuvant dabrafenib and trametinib, adjuvant nivolumab and adjuvant pembrolizumab,” said Carvajal.

“Although the efficacy of adjuvant ipilimumab [Yervoy] as well as adjuvant interferon have also been previously demonstrated, these agents are now appropriate for consideration in extremely rare clinical circumstances given the clinical efficacy and improved toxicity profile of single agent anti-PD1 therapy.”

“The selection of the most appropriate adjuvant therapy should take into account the preferences of individual patients in terms of toxicity profile and drug administration considerations,” he added.

The COMBI-AD was a randomized, double-blind, placebo-controlled, phase 3 study conducted in 870 patients with high-risk, stage III, BRAF-V600E/K-mutant melanoma who were treatment naive. Participating patients had undergone surgical resection and had been disease free for ≤12 weeks.

Interim results from this study, reported in 2017, showed 1 year of oral adjuvant therapy with dabrafenib and trametinib provided a 53% lower risk for 3-year recurrence compared with placebo.

Now, the investigators report on the 5-year results for relapse-free survival and survival without distant metastasis. They note that they were unable to analyze overall survival since the required number of events had not been reached.

Patients had been randomly assigned to receive 12 months of oral dabrafenib (at a dose of 150 mg twice daily) plus trametinib (2 mg once daily) or two matched placebos. Patients were followed for 60 months (5 years) for dabrafenib plus trametinib and 58 months for placebo.

At 5 years, the median relapse-free survival was not reached for patients who received the combination therapy group vs 16.6 months in the placebo group (hazard ratio [HR] for relapse or death, 0.51).

The hazard ratio for relapse-free survival favored dabrafenib plus trametinib across all patient subgroups that were evaluated in the study, and survival without distant metastasis showed a similar benefit for the combination regardless of disease stage.

Dummer noted that when this clinical trial was designed, all patients had to undergo aggressive surgery that involved lymph node dissection. “Nowadays, based on the lack of improvement on progression-free survival and overall survival, the surgical procedures are less aggressive and today we do not recommend aggressive lymph node dissection in patients that qualify for adjuvant therapy,” he said. “In patients that do not have the BRAF mutation, there is the possibility of giving immunotherapy.”

He added that there is an urgent need for biomarkers that can identify early progression during adjuvant therapy. “Potentially, these patients would profit from immunotherapy alone or from combination using targeted therapy and immunotherapy,” Dummer said.

The study was funded by GlaxoSmithKline and Novartis. Dummer has declared multiple relationships with industry as noted in the original article.