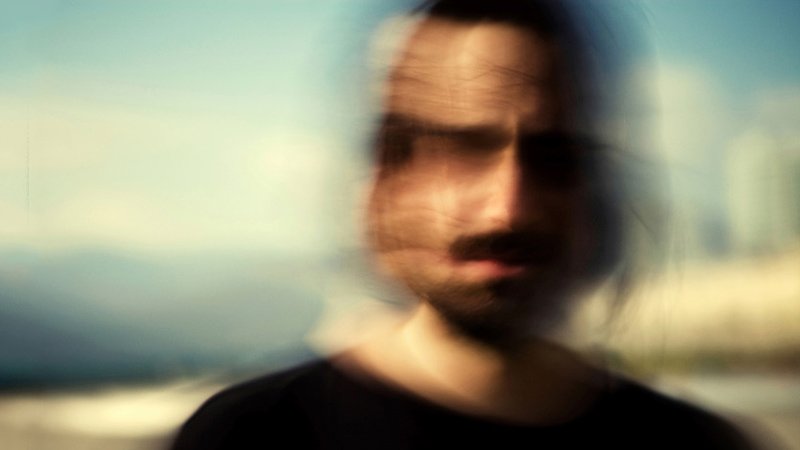 In the first study, Australian investigators conclude that for some FEP patients, early psychosocial interventions may fend off the need for immediate treatment with antipsychotic medications.

In the second study, UK researchers show that long duration of untreated psychosis (DUP) is linked to a significantly reduced treatment response.

For both studies, the findings highlight the importance of rapid access to a comprehensive range of treatments in the first weeks after FEP onset.

“In a select group of people with first-episode psychosis, we found there was no difference in symptoms and functioning between those who had antipsychotic medication and those who didn’t,” lead author Shona M. Francey, PhD, clinical psychologist at Orygen, the National Center of Excellence in Youth Mental Health, Parkville, Australia, told Medscape Medical News.

“These findings supported our idea that in the early phases of psychosis, with close monitoring and good psychosocial intervention, antipsychotic medication can be delayed,” Francey said.

Francey and colleagues note that in comparison with standard treatment, early interventions produce superior outcomes for patients with psychosis. Although there are a variety of treatment options, low-dose second-generation antipsychotics typically play a central role.

However, atypical antipsychotics have rapid metabolic side effects, including weight gain and altered glucose metabolism, that increase the risk for cardiovascular disease and premature mortality. Importantly, such adverse effects are amplified among patients with FEP, who tend to be younger and treatment naive.

On the other hand, a growing body of evidence shows the benefit of nonpharmacologic interventions for patients with FEP, the investigators note. In addition, clinical staging models appear to support the use of less aggressive treatment early in the disease course.

“We have been working in early intervention for psychosis for a number of years and have found it’s possible to intervene early with young people and either prevent the onset of psychosis or ameliorate its impact,” said Francey.

“Since we can see some improvement in people in the prepsychotic phase, we wanted to know if we can also see some benefit without medication after the onset of what we would call full-threshold psychosis,” she added.

Staged Treatment and Acceptability Guidelines in Early Psychosis (STAGES) was a 6-month, triple-blind, randomized controlled noninferiority study that included 90 participants between the ages of 15 and 25 years who had FEP.

To maximize safety, patients were required to have low levels of suicidality and aggression, a DUP of less than 6 months, and to be living in stable accommodation with social support.

Depending on the timing of study enrollment, those in the medication group received risperidone 1 mg or paliperidone 3 mg.

The psychosocial intervention consisted of cognitive-behavioral case management (CBCM), an intervention developed specifically for patients with early psychosis that is strongly focused on therapeutic engagement.

The primary outcome was level of functioning at 6, 12, and 24 months, as measured by the Social and Occupational Functioning Scale (SOFAS). The primary prespecified endpoint was outcome at 6 months. A noninferiority margin of 10.5 on the SOFAS was used as the smallest value representing a clinically important effect.

At baseline, the two treatment groups were comparable with respect to all measures of functioning and psychopathology.

The study’s discontinuation rate was high. At 6 months, only 16 patients in the psychosocial group had completed therapy, compared with 11 in the antipsychotic group.

At this point, the two groups were comparable in terms of psychopathology and functioning ratings. Both groups had lower symptoms, higher functioning scores, and higher Quality of Life Scale (QLS) scores than at baseline.

SOFAS scores were not significantly different between the groups at this time point. The mean score was 61.7 ± 16.8 in the psychosocial group and 61.5±13.4 in the medication group.

The researchers note that because the upper limit of the confidence interval (CI) was less than the study’s a priori inferiority margin of 10.5, psychosocial therapy was not inferior to medication at the 6-month assessment point.

Antipsychotics: Use With Caution

Although between-group differences in SOFAS scores were not significant at 12 and 24 months, noninferiority of psychosocial therapy alone could not be confirmed because the CIs included the inferiority margin at each time point.

The two groups were statistically comparable at 6 months with respect to all other measures of psychopathology and the QLS. Similar results were found at 12 and 24 months.

The lone exception was with SANS at 12 months, on which patients in the placebo group had significantly higher negative symptom scores than the patients in the medication group.

There were no significant differences between study groups with respect to the number of adverse events.

Francey noted that the findings are important because they suggest that some young people with early-stage FEP and short DUP may be able to achieve symptom remission and function better without antipsychotic medication, provided they receive psychological interventions and comprehensive case management.

This challenges conventional wisdom that antipsychotic medications should be used for all patients who experience psychosis, she added.

Given these caveats, she noted that antipsychotics still play an important role in the treatment of these patients.

“I think there is definitely a place for medications. But I think they should be used cautiously, and you need a good, strong relationship between your treating team and your [patient] to work out what is needed and when it’s needed,” said Francey.

In addition, “when we do use medications, we should use the smallest possible dose that we can and also incorporate psychological support. I think that’s a really important part of it as well,” she said.

In the Lancet Psychiatry study, the researchers note that prolonged DUP is associated with worse outcomes, including increased symptoms, diminished social functioning, and poorer quality of life. The mechanism by which delayed treatment causes more harm remains unclear.

It is possible that symptoms simply accumulate over time, thereby worsening presentation. Another possibility is that continued psychosis after an initial critical period may cause long-term harm, they write.

They hypothesize that untreated psychosis can cause general treatment resistance by exacerbating underlying disease processes and that such damage progresses faster in the early stages of illness and then slows over time.

In addition, socially disruptive symptoms that are evident prior to FEP presentation may have a confounding effect, thereby leading to earlier presentation.

In both studies, patients were examined at baseline, 6 months, and 12 months using the Positive and Negative Syndrome Scale (PANSS), the Calgary Depression Scale for Schizophrenia, the Mania Rating Scale, the Insight Scale, and SOFAS. The latter two measures were used only at baseline and 12-month follow-up. Logistic regression analyses were used to determine the association between DUP and outcomes.

The findings seem to support that the potential harm incurred by delaying treatment among patients with FEP is greatest in the early weeks of psychosis and then levels off, the investigators note.

Given these insights, mental health professionals might consider focusing their efforts on the early detection and treatment of patients for whom DUP is short.

Similarly, because DUP was directly associated with all symptoms, early access to comprehensive treatment “might be preferable to early delivery of particular treatments with particular effects (eg, dopamine antagonists),” they write.

The editorialists note that the relationship between DUP and successful treatment in early psychosis “strengthens the argument for more proactive early assessment and intervention to shorten treatment delay.

“As we have learnt over the past two decades, even punctual treatment when symptoms first arise continues to be too late when it comes to psychosis,” they write.

Francey also recognizes the value of early intervention in FEP. However, she noted that comprehensive psychosocial therapy might well prove effective enough to stave off antipsychotic therapy in a certain subset of patients.

“For some people, antipsychotics may never need to be introduced,” she said. “Some people recover from their first episode of psychosis and don’t go on to have any more, while others have an episodic illness,” she said.

If another episode develops and the symptoms come back, further psychosocial interventions could then be tried, “or you might want to move on” to psychotic medication, “because trying to get people better and functioning as well as they can is our primary aim,” Francey said.

The STAGES study was supported by the Australian National Health and Medical Research Council. The British study was funded by the UK Department of Health, the National Institute of Health Research, and the Medical Research Council. Francey and Krishnadas have reported no relevant financial relationships. Palaniyappan has received grants and personal fees from Janssen Canada and Otsuka Canada, grants from Sunovion, and personal fees from SPMM Course UK and the Canadian Psychiatric Association.