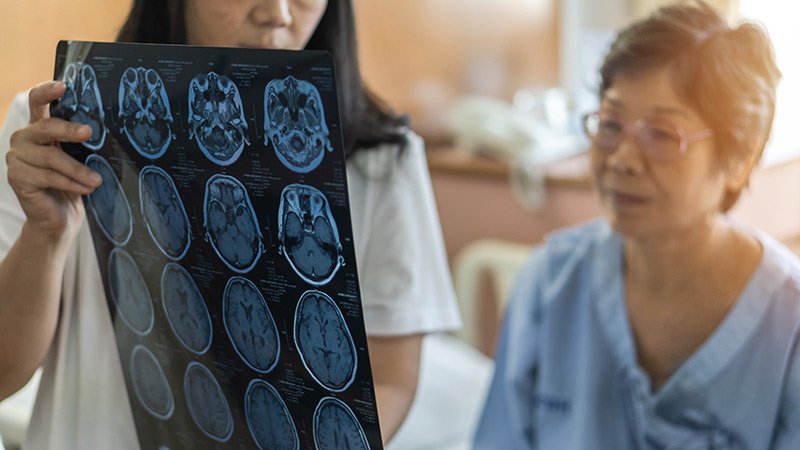 Ticagrelor (Brilinta) may not protect as well as clopidogrel after myocardial infarction (MI) in patients 80 years and older, despite offering superior protection in those who are younger, suggests a large registry study.

Elderly patients in the study, unlike the younger group, showed no benefit when they took ticagrelor instead of the older P2Y12 inhibitor, along with aspirin, for the primary end point of stroke, MI, or death at 1 year.

The risk for hospitalization for bleeding went up significantly with ticagrelor in both age groups.

Szummer presented the analysis, which covered more than 70,000 patients on secondary prevention dual-antiplatelet therapy (DAPT) in the Swedish nationwide SWEDEHEART registry, on September 1 during the virtual European Society of Cardiology Congress 2020, and is lead author on its report published the same day in Circulation.

The analysis, which primarily covered the older group — a sensitivity analysis looked at the younger patients — “indeed suggests that elderly patients may have an increased risk of death associated with the use of ticagrelor compared with clopidogrel,” she said.

That’s in contrast to the younger patients (median age, 65 years), who showed a survival benefit that was consistent with the mortality reduction seen in the guideline-altering PLATO trial, published 11 years ago.

The current analysis supports PLATO with respect to its younger patients, but not to the 80-and-older group. They were poorly represented in the randomized trial, which “shows that it is indeed important to follow patients to see that the results in trials are reproduced and the benefits transferred without harm,” Szummer said.

PLATO showed a 14% drop in the 1-year risk for the primary end point of death from vascular causes, MI, or stroke in patients with acute coronary syndromes (ACS) put on ticagrelor instead of clopidogrel, without an extra cost in major bleeding or stroke.

Ticagrelor has since been preferred over clopidogrel in dual-antiplatelet therapy (DAPT) for secondary prevention, regardless of patient age, despite a mean age of 62 years in PLATO and a mere 15% prevalence of patients 75 years and older.

Prescriptions for this use of ticagrelor among Swedish patients 80 years and older grew from zero when PLATO was released to 72% seven years later, suggests another part of the current SWEDEHEART analysis.

The risk for hospital admission for bleeding on ticagrelor vs clopidogrel climbed over 1 year in both groups, by 48% in the older group and 32% for the younger patients.

Whether ticagrelor or clopidogrel is preferred after MI in patients 80 years and older can best be determined by a randomized trial, Szummer said. Lacking a trial, ticagrelor “should be used with caution” in such patients.

“The least we can do is to individualize treatment, so that patients at high risk of bleeding receive clopidogrel instead of ticagrelor,” she said.

“There is the need to adequately assess the choice of specific antiplatelet regimens among elderly patients with ACS across different risk profiles,” agreed Piera Capranzano, MD, PhD, University of Catania, Italy, and Dominick J. Angiolillo, MD, PhD, University of Florida College of Medicine, Jacksonville, in an editorial accompanying the SWEDEHEART publication.

Cautious risk stratification — based on standard risk scores, comorbidities, and general health status as they relate to risk for thrombosis and bleeding — “should drive a more thoughtful choice of ticagrelor over clopidogrel in clinical practice,” they write.

“The optimal selection of an oral P2Y12 inhibitor in elderly post-MI patients should account for a multitude of factors that need to be weighed, as this choice can make the difference.”

The primary SWEDEHEART analysis included patients 80 years and older who were discharged after an MI, with or without ST-segment elevation, and entered the registry from 2010 through 2017; most exclusions were related to increased bleeding risk. Patients with a history of bleeding, anemia, need for oral anticoagulation, or a likely contraindication to P2Y12 inhibitors, for example, were excluded.

The more pronounced risk for hospitalization for bleeding in the older group isn’t surprising, given that bleeding risk overall climbs with age, Szummer noted. But whether that increased bleeding risk was somehow related to the higher mortality with ticagrelor can’t be determined from the SWEDEHEART dataset.

For example, there were no data on cause of death, she told theheart.org | Medscape Cardiology. But the older group’s bleeding risk on ticagrelor could potentially be related to worse outcomes, she speculated, “either directly by contributing to a fatal bleeding event, or indirectly perhaps by causing a mild bleeding event, which prevented the patient from taking the antiplatelet and, in turn, caused a higher risk of cardiac ischemia and MI.”