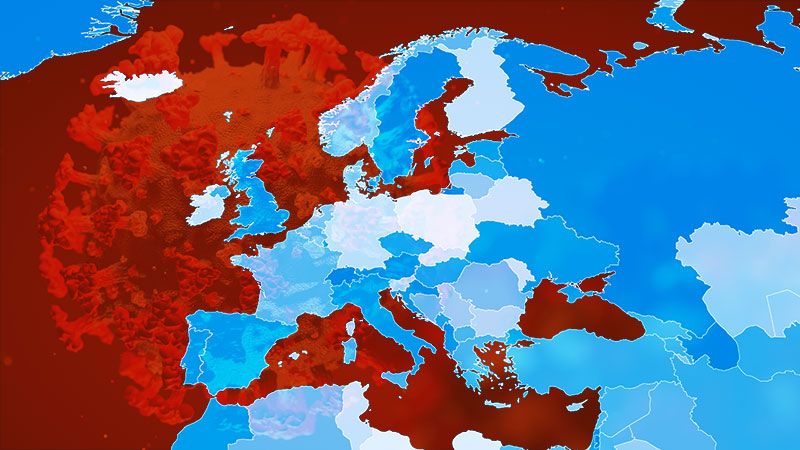 Coronavirus cases have crept up in the 27 countries of the European Union and the UK, finally overtaking the U.S. during the past week for the number of daily cases being reported, according to The Wall Street Journal.

“It does seem like we are at a tipping point in terms of infection numbers,” Flavio Toxvaerd, an infectious disease economics expert at the University of Cambridge, told the newspaper.

The surge looks similar to what the U.S. faced in June as cases peaked in states in the South and West, the newspaper reported. Europe last reported more cases in the U.S. in the spring when countries were first developing their coronavirus responses and testing strategies. Europe’s test positivity rate is increasing as well, which indicates that the virus is spreading even as testing has increased.

The resurgence in cases could be linked with travel and commerce as internal borders within the EU have reopened, according to Travel + Leisure. Socializing at bars and restaurants has also led to an uptick, which has prompted European officials to step up coronavirus-related measures by targeting specific towns and social activities.

“What all countries are trying to do now, the ones that are in trouble, is buy time to try to survive the winter,” Linda Bauld, a public health professor at the University of Edinburgh, told the Wall Street Journal.

“That means getting the case numbers down from the level they are now to allow their systems to be able to function,” she said.

The increase in cases is beginning to lead to an increase in hospital admissions, the newspaper reported. In 19 countries in Europe, the number of hospitalized patients in early October has reached about one-fourth of the number seen in April. At the moment, health officials are detecting cases earlier than before and can provide treatment sooner, and hospitals are better trained to handle COVID-19 patients.

Even still, countries are enforcing new restrictions to stem the increase. Spain declared a state of emergency on Friday, which will restrict travel in Madrid, according to The Associated Press. The UK also announced a new three-tier restriction system on Monday, with the toughest rules focused on Liverpool, according to the BBC.

The regional approach is meant to “seize this moment now to avoid the misery of a national lockdown,” Boris Johnson, prime minister of the UK, said during his announcement.