FDA Drug Topics: Labeling Made Simple: The How, What, and Where of Drug Interactions in Prescribing Information – October 27, 2020 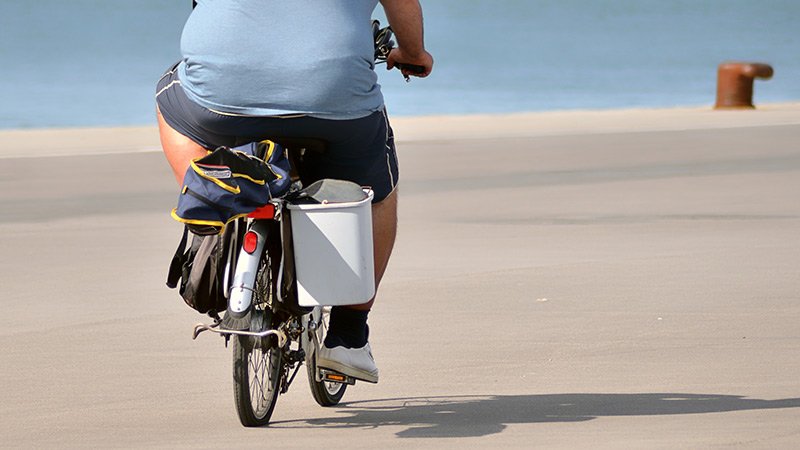 Type 2 diabetes patients could lower their risk for death from any cause by up to a third by exercising at a moderate to high level or by cycling, according to data from two studies reported at the virtual annual meeting of the European Association for the Study of Diabetes.

Yun-Ju Lai, MD, and colleagues from the Puli branch of Taichung Veterans General Hospital in Nantou, Taiwan, found that persons with type 2 diabetes who exercised at moderate to high intensity had a 25%-32% decreased risk for death, compared with those who did not exercise.

In a separate study, Mathias Ried-Larsen, MSc, PhD, group leader at the Centre for Physical Activity Research, Rigshospitalet, Copenhagen, and associates found that cycling was associated with a 25%-31% decreased risk for all-cause death compared to no cycling, and that cycling also reduced cardiovascular mortality.

“There is really nothing surprising about these results as others have shown that regular participation in physical activity lowers both overall mortality rates and morbidity,” commented Sheri Colberg-Ochs, PhD, professor emerita in exercise science at Old Dominion University in Norfolk, Va., in an interview.

“Regular exercise participation lowers the risk of mortality in almost all populations with many different health conditions. It is not specific to people with type 2 diabetes,” Dr. Colberg-Ochs said. “These data add further support to the ADA [American Diabetes Association] recommendations by again suggesting that being more active leads to many health benefits for people with type 2 diabetes.”

Dr. Colberg-Ochs, who was not involved in either study, is recognized by the ADA as an Outstanding Educator in Diabetes. She was also involved in writing the ADA’s position statement on physical activity/exercise in diabetes, which advocate that adults with type 2 diabetes should reduce sedentary time and undertake both aerobic and resistance exercise training to help optimize their glycemic and general health outcomes.

In an interview Dr. Lai acknowledged that epidemiologic studies had shown that exercise reduced the risk of cardiovascular events and mortality in subjects with type 2 diabetes. “However, the dose of exercise capacity for reducing mortality risk in people with type 2 diabetes was not yet well investigated, especially in the Asian population.”

“Information about physical activity during leisure time was collected by asking the questions: ‘How often do you exercise every week? What kind of exercise do you do? How long do you do the exercise?’, Dr. Lai said. “We included nearly all kinds of exercise in the analysis, such as jogging, swimming, walking, dancing, riding, and so on.”

Each exercise had an activity intensity code expressed as kilocalories per minute. This was used to determine the exercise “capacity” by multiplying it by how frequently the exercise was performed per week and for how long each time.

“I don’t think ‘capacity’ is the right word to use here. The equation they used describes their exercise ‘volume,’ not their capacity. Self-reported exercise is notoriously inaccurate,” Dr. Colberg-Ochs observed. Furthermore, “just asking people how much they exercise and at what intensity [without using a validated exercise questionnaire] gives questionable results.”

The study’s findings, however, were clear: Those who exercised at a higher level had a significantly decreased risk for all-cause mortality than did those with no exercise habits. The hazard ratio for death by any cause was 0.75 for those who undertook a moderate level of exercise, burning 0-800 kcal per week. Exercising at a higher level burned more than 800 kcal had an HR of 0.68. A significant (P < .01) trend in favor of more exercise was noted.

In their prospective cohort study, Dr. Ried-Larsen and associates took a more specific look at the effects of exercise on mortality in diabetes by studying a single exercise: cycling. They sampled data on more than 5,000 people collected as part of the European Prospective Investigation into Cancer and Nutrition study. First, they identified participants with diabetes – although they couldn’t distinguish type 1 from type 2 forms because this was self-reported or obtained from registries. They then identified those who reported cycling at their baseline assessment and those who reported a change in cycling habits at their second examination around 5 years later.

At baseline, 38% of participants reported that they cycled every week. The mean age was 56 years, diabetes duration was 8 years, one-fifth were smokers, and the average body mass index was 29 kg/m2.

Participants who reported cycling up to 1 hour every week at baseline had a 25% reduction in all-cause mortality, compared with those who did not cycle. The biggest reduction (31%) in all-cause mortality was seen for cycling 2.5-5 hours a week; cycling for 1-2.5 hours, and for more than 5 hours, yielded 23% and 24% risk reductions, respectively.

A reverse J–shaped relationship between cycling duration and reduction in all-cause mortality was seen, Dr. Ried-Larsen noted during a live oral session at the virtual meeting. “The maximum benefit [was at] around 5 hours per week, and the benefits persisted until around 9 hours per week.” Adjustment for the prevalence of stroke, MI, cancer, hyperlipidemia, hypertension, and central obesity did not alter the findings.

“The direction of the association was the same for cardiovascular mortality as all-cause mortality, although a bit weaker, with the maximum benefit being around 4 hours per week, and that persisted up until around 8 hours per week,” Dr. Ried-Larsen said.

“Cycling is among one of the preferred activities for diabetes patients, so it actually may help them to achieve the recommend level of physical activity,” Dr. Ried-Larsen said.

Advice for exercise “should be tailored to the individual and based on starting fitness levels and activity levels,” Dr. Colberg-Ochs recommended.

“Those who are the most sedentary and the least fit have the most to gain from doing any activity. They should be advised to start out slowly and progress slowly with both aerobic activities and some resistance training,” Dr. Colberg-Ochs said.

She added: “In addition, individuals over 40 should engage in regular balance training, and all individuals should do some flexibility exercises.”

The studies received no commercial funding and all those mentioned in this article had no conflicts of interest to disclose.