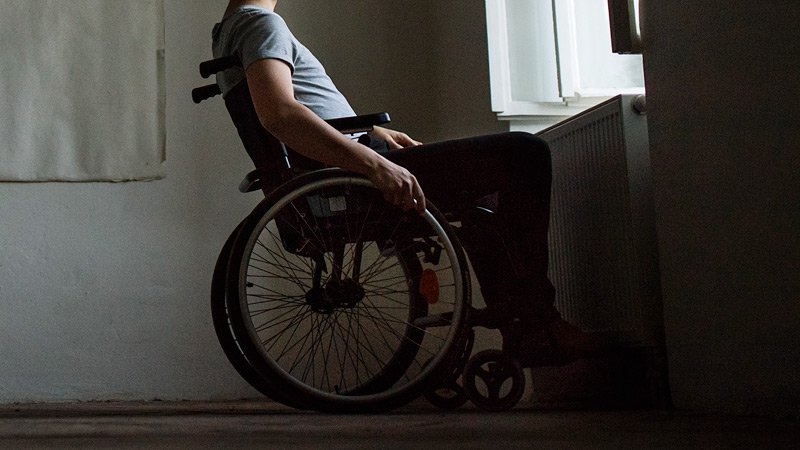 For patients with primary progressive multiple sclerosis (MS), longer exposure to disease-modifying therapy (DMT) may delay the time at which a patient is restricted to a wheelchair. Reducing the delay to treatment initiation, as well as treating younger patients, might improve long-term disability outcomes, according to a study presented at the virtual annual congress of the European Committee for Treatment and Research in Multiple Sclerosis.

“To optimize treatment decision-making in primary progressive MS, further profiling of the best candidates for treatment is needed,” said the researchers.

Ocrelizumab remains the only treatment available for patients with primary progressive MS. In clinical trials, other drugs have failed to reduce disability progression in this population. Mattia Fonderico, a doctoral student and research assistant at the University of Florence (Italy), and colleagues reviewed data from the Italian MS Registry to examine whether DMT affects the attainment of given disability outcomes.

Patients With Longer Exposure Were Younger at Baseline

Patients eligible for inclusion in the study had primary progressive MS, at least three evaluations using the Expanded Disability Status Scale (EDSS), and 3 years’ follow-up. The investigators defined the baseline for untreated patients as the first EDSS evaluation. For treated patients, the baseline was the date of DMT initiation.

Using multivariable Cox regression models, Ms. Fonderico and colleagues examined the effect of DMT on the risk of reaching EDSS scores of 6 (i.e., requirement for intermittent or unilateral constant walking assistance) and 7 (i.e., restriction to a wheelchair) as a dichotomous variable and as a time-dependent covariate. The researchers adjusted the data for age at baseline, sex, first EDSS score, symptoms at onset, annualized visit rate, and annualized relapse rate. They compared outcomes with an as-treated analysis and chose cohorts with similar baseline characteristics using propensity-score matching. In addition, Ms. Fonderico and colleagues also analyzed quartiles of DMT exposure.

The investigators included 1,214 patients (671 women) in their analysis. The population’s mean age at baseline was 48.7 years, and its mean EDSS score was 4.1. A total of 626 patients (52%) received DMT during follow-up. Approximately 57% of DMTs were platform therapies, and 43% were high-efficacy therapies.

Mean follow-up duration was 11.6 years. By the end of follow-up, 994 patients (82%) reached an EDSS score of 6, and 539 (44%) reached an EDSS score of 7. Multivariable Cox regression models indicated that DMT, analyzed as a dichotomous variable, did not affect the risk of reaching EDSS 6 (adjusted hazard ratio, 1.1) or EDSS 7 (aHR, 0.93). Longer DMT exposure, however, significantly reduced the risk of reaching EDSS 7 (aHR, 0.73).

Compared with patients with shorter exposure to DMT, patients in the highest quartile of DMT exposure were younger at baseline (mean age, 44.1 years) and initiated DMT closer to disease onset (mean time to DMT initiation was 6.8 years). The propensity score matching analysis confirmed these findings.

The investigators did not consider MRI variables, which Ms. Fonderico acknowledged was a weakness of the study. In addition, they did not analyze the effect of superimposed relapses.

These results suggest that primary progressive MS behaves like relapsing-remitting MS, said Gavin Giovannoni, MD, PhD, chair of neurology at Queen Mary University of London. That is, they suggest that primary progressive MS “is modifiable by a DMT and that the earlier you treat, the better the outcome.” The results also indicate that neurologists commonly prescribe DMT off label in Italy, he added.

A weakness of the study is that it was not randomized. Furthermore, “EDSS [evaluations] tend not be done properly in routine clinical practice,” said Dr. Giovannoni. Still, the study raises an important question for future research. “Why have we missed the treatment effect in previous trials?” asked Dr. Giovannoni. Whether previous trials were too short or underpowered could be investigated, he added.

This article also appears on  MDedge.com , part of the Medscape Professional Network.