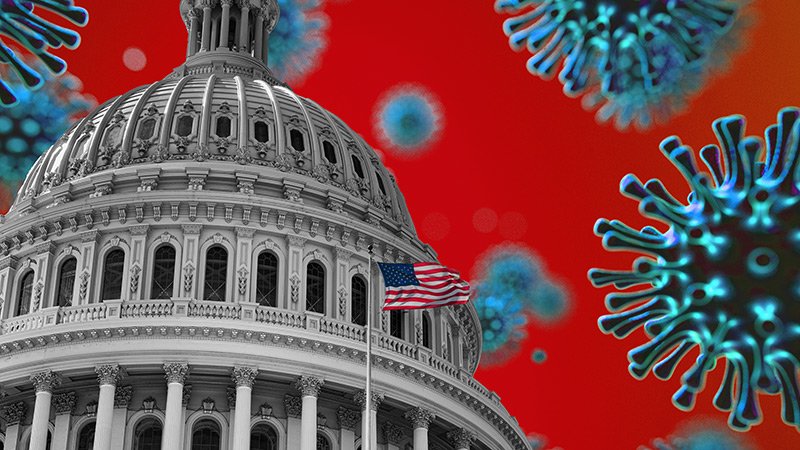 In a wide-ranging and sometimes contentious Senate hearing on Wednesday, Anthony Fauci, MD, and other top officials from the Centers for Disease Control and Prevention (CDC) and the US Food and Drug Administration (FDA) confronted topics ranging from claims of political pressure to prematurely approve a vaccine for COVID-19 to the possibility of herd immunity resolving the pandemic.

The issue of social isolation and the hardships caused by it, in contrast to herd immunity, sparked what was probably the most fiery exchange of the day between Fauci, who is director of the National Institute of Allergy and Infectious Diseases (NIAID), and Senator Rand Paul, MD, a Kentucky Republican, when Paul asked Fauci whether he had second thoughts about recommending social isolation measures.

Complaining about the federal government acting as a “nanny state,” Paul argued that the experience of Sweden, which took a lax approach, proved to be better than the approach taken in New York, which was stricter.

The COVID-19-related death rate in Sweden was 57.64 per 100,000 as of September 23, according to Johns Hopkins University’s Coronavirus Resource Center. That’s much higher than the rate of 11.06 per 100,000 in neighboring Denmark, 5.02 in Norway, and 6.18 in Finland, according to mortality analyses performed by Johns Hopkins.

Fauci, a Brooklyn native, pointed out that the pandemic hit New York particularly hard. But people in the state then embraced steps needed to contain COVID-19, including wearing masks, practicing social distancing, avoiding crowds, and engaging in frequent hand washing. For weeks, New York City’s daily COVID-19 death rates have been in the single-digit range, as reported by New York City’s health department. That rate is down from a peak of more than 500 daily deaths during the spring.

Paul, an ophthalmologist by training, questioned whether herd immunity was responsible for New York’s recent success in curbing the death toll of the virus. Fauci then said he wanted to challenge Paul on that point.

“I would like to be able to do this because this happens with Senator Paul all the time. You are not listening to what the director of the CDC said,” Fauci answered. He noted that immunity in New York has been estimated to be about 22%.

“If you believe that 22% is herd immunity, I believe you are alone” in that view, Fauci said.

Earlier in the hearing, Robert Redfield, MD, the director of the CDC, spoke of his agency’s efforts to estimate how many people have been exposed to the virus. The CDC may have data to publish on this topic in about a week, he said.

“The results of the first round show that the majority of our nation, more than 90% of the population, remains susceptible,” Redfield said. “It varies in different geographic parts from states that have less than 1% with evidence of previous infection to some that have more than 15%, 20%, and one as high as 24%.”

FDA Says It Will Not Bend to Political Pressure

Still, the development of a coronavirus vaccine took center stage at the hearing, which was convened by the Senate Health, Education, Labor and Pensions Committee.

The FDA is still waiting for developers of experimental COVID-19 vaccines to seek its permission to distribute these products, whether under normal approvals or special emergency terms, the agency’s commissioner, Stephen Hahn, MD, told the Senate panel.

Future applications for approvals of COVID-19 vaccines will have to meet terms the FDA set in a guidance document released in June. The FDA intends to hold an advisory committee meeting on October 22 to allow public discussion of the terms for such approvals. Any approval would have to be based on data from a phase 3 trial that shows the safety and effectiveness of a vaccine in a “clear and compelling manner,” Hahn said.

“FDA will not authorize or approve a vaccine that we would not feel comfortable giving to our families,” Hahn said. “Science will guide our decisions. FDA will not permit any pressure from anyone to change that.”

Hahn described the emergency use authorization (EUA) process as being akin to how physicians have to treat patients in urgent situations, “constantly updating a treatment plan as new data emerge.” The FDA has been criticized for having granted an EUA for hydroxychloroquine for use against COVID-19, a decision that the agency reversed in June. President Donald Trump has been an enthusiastic supporter of this drug.

On Tuesday, Senate Democrats, including Patty Murray of Washington, introduced a bill called the Science and Transparency Over Politics (STOP) Act that would create a task force to examine whether there was political interference with federal scientific agencies’ responses to the pandemic. These reports would be released to Senate committees of jurisdiction and could be made public, Murray and colleagues said in a news release.

Senators in both parties noted the rigor the FDA must maintain in assessing the data on COVID-19 treatments, for which there is widespread demand and hope.

There’s a public sense of urgency in seeking a vaccine for a virus that already has contributed to more than 200,000 deaths in the United States, according to the CDC’s latest estimate.

Drugmakers and the federal government have worked together in recent months to speed the development of vaccines for COVID-19. Johnson & Johnson on Wednesday announced that its experimental vaccine will advance to phase 3 testing, bringing to four the number of potential candidates that might be up for FDA approval within months.

But there are concerns about whether the FDA will face political pressure to approve a COVID-19 vaccine.

President Donald Trump, who is in a closely contested reelection contest, has been more optimistic than many scientists regarding time lines for a possible COVID-19 vaccine rollout. Trump, for example, spoke this month about the United States being able to “deliver and distribute the vaccine” starting possibly as early as mid-October. He caused some controversy during a press conference on Wednesday when he said the White House can overrule any attempts by the FDA to toughen guidelines for a coronavirus vaccine.

Polling conducted by the nonprofit Pew Research Center suggests growing skepticism about the vaccine. A survey of 10,093 US adults conducted from September 8 to 13 found shrinking support for the COVID-19 vaccine,

About half — 51% — of the adults in that poll said they would definitely or probably get a vaccine to prevent COVID-19 if it were available now. This was down from 72% of respondents inclined to receive the vaccine in a May poll, Pew said.

Boosting public confidence in a future COVID-19 vaccine will be critical to its acceptance, senators in both parties suggested at the hearing. Senate HELP Chairman Lamar Alexander, a Tennessee Republican, directly asked Hahn whether he would take the vaccine if the FDA were to approve one and whether would he recommend it to his family members.

Redfield and Hahn were appointed to their posts by Trump. The leadership at the FDA normally changes with new presidential administrations.

Fauci was first appointed director of NIAID in 1984.

Since then, he has led the institute through both Democratic and Republican administrations. President George W. Bush awarded him the Presidential Medal of Freedom in 2008 for his contributions to fighting HIV. According to Fauci’s NIAID biography, a 2020 analysis of Google Scholar citations ranked him as the 41st most highly cited researcher of all time.

Fauci’s long tenure and extensive publication history give his views added clout in debates on health policy. He has been known to joke about holding the world’s indoor record for testifying before Congress, having made more than 200 appearances before House and Senate committees in his 2016 count.

Fauci told Casey and the other senators during the hearing that he had confidence in the FDA staff’s ability to weigh the data and make a correct decision on whether a vaccine merits approval.

“I certainly would take that vaccine, and I would recommend it to my family,” Fauci said.

September 24, 2020 ― Editor’s note: This article has been edited to highlight the news at the hearing. In addition, information about the White House potentially overruling stricter vaccine guidelines was added.