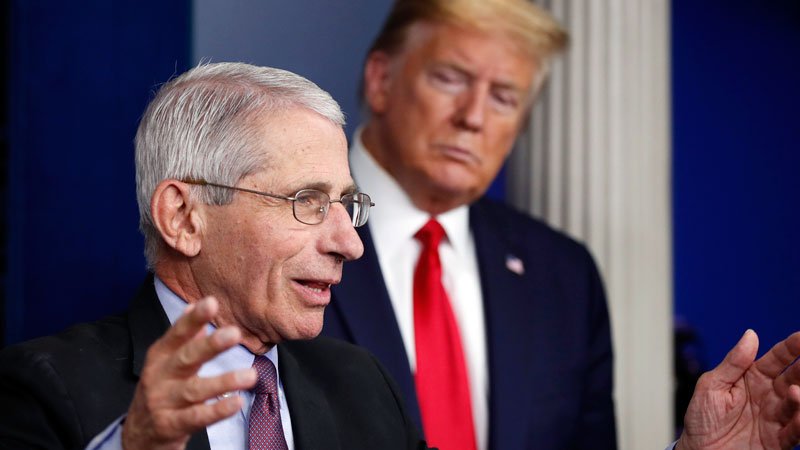 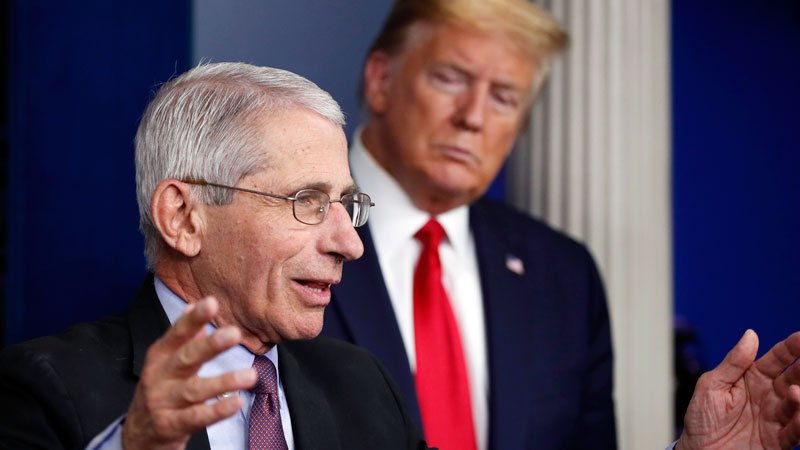 A new Trump campaign ad features a clip with Anthony Fauci, MD, the director of the National Institute of Allergy and Infectious Diseases, but Fauci said he didn’t give permission to use the video and that the comments are dated.

“The comments attributed to me without my permission in the GOP campaign ad were taken out of context from a broad statement I made months ago about the efforts of federal public health officials,” Fauci said in a statement to NBC News.

The 30-second ad, called “Carefully,” praises President Donald Trump’s response to the COVID-19 pandemic. Released Saturday, a portion of the video features Fauci saying he “can’t imagine that anybody could be doing more.”

The comment came from a March 22 interview, when Fauci spoke with Fox News about the full government response to the pandemic, not specifically the president’s response.

“We’re talking about all hands on deck,” Fauci said during the interview. “I, as one of many people on a team, I’m not the only person. Since the beginning that we even recognized what this was, I have been devoting almost full time on this. I’m down at the White House virtually every day with the task force…. It’s every single day. So, I can’t imagine that under any circumstances that anybody could be doing more.”

Despite Fauci’s objections on Sunday, the Trump campaign will continue to run the ad, Tim Murtaugh, the Trump 2020 communications director, told NBC News.

“These are Dr. Fauci’s own words,” he said. “The video is from a nationally broadcast television interview in which Dr. Fauci was praising the work of the Trump administration. The words spoken are accurate, and directly from Dr. Fauci’s mouth.”

However, Fauci said he doesn’t support the ad or political candidates.

“In my nearly five decades of public service, I have never publicly endorsed nor do I now endorse any political candidates,” Fauci said in the statement sent to reporters on Sunday.