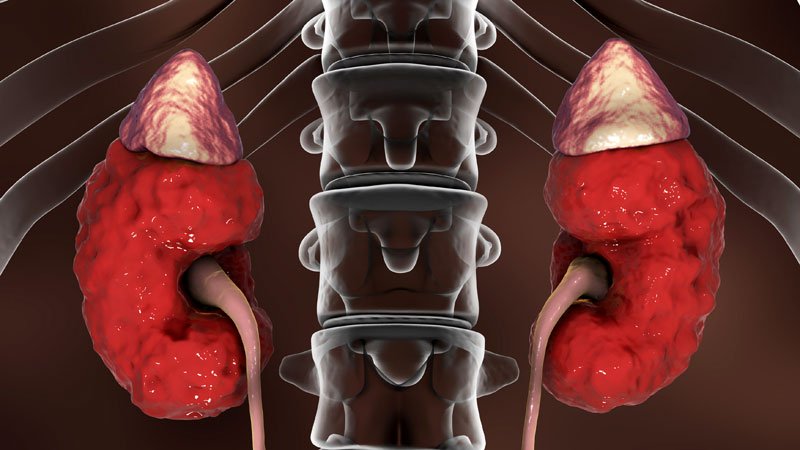 The makers of veverimer, a drug in development to treat metabolic acidosis associated with chronic kidney disease (CKD) and to slow progression of CKD, announced the US Food and Drug Administration (FDA) requested more information — including data regarding the magnitude and durability of clinical effect.

The FDA last Friday sent a Complete Response Letter (CRL) requesting more data on the extent and duration of veverimer’s effect on serum bicarbonate, a surrogate marker of treatment effect. The FDA indicated that information provided in the Phase 3 TRCA-301 trial and TRCA-301E extension trial, published in 2019 in The Lancet, was insufficient in this regard.

The agency wants Tricida to show that the demonstrated effect size would be reasonably likely to predict clinical benefit, according to a news release posted this week on the pharmaceutical company’s website.

Furthermore, the FDA wants reassurance that the treatment effect applies to the US population — the preclinical trials enrolled participants in Bulgaria, Georgia, Hungary, Serbia, Slovenia, Ukraine, and the United States.

“We have collaborated with the FDA on the Accelerated Approval Program for veverimer and while we are disappointed to receive this CRL, we are pleased that the FDA has provided helpful, specific comments and indicated their willingness to continue to work with us to pursue approval of veverimer,” said Gerrit Klaerner, PhD, Tricida’s president and CEO.

“We remain confident in the fundamentals of, and unmet medical need for, veverimer and we continue to conduct our confirmatory trial, VALOR-CKD,” he added.

It remains unclear if an additional clinical trial will be required.

The letter did not raise any safety issues or questions regarding the pharmacology or biopharmaceutical properties of veverimer, the company noted in the release.

The FDA indicated a willingness to meet with Tricida officials to address the additional requirements, an offer the company is anticipated to accept within the next few weeks.

An Example of Novelty Bias?

Interestingly, Tejas P. Desai, MD, cited the TRCA-301 phase 3 trial in a commentary published by Medscape Medical News in July 2019. Desai cited veverimer research as an example of potential “novelty bias,” which he defined as a “proclivity to exalt a new treatment at the expense of successful historical interventions.”

“It’s not the enthusiasm for the new agents that concerns me, but rather the limited awareness of historical successes with ‘older’ agents that fuels novelty bias,” added Desai, a nephrologist in Charlotte, North Carolina.

Tricida submitted a new drug application for veverimer in September 2019 under the Accelerated Approval Program.