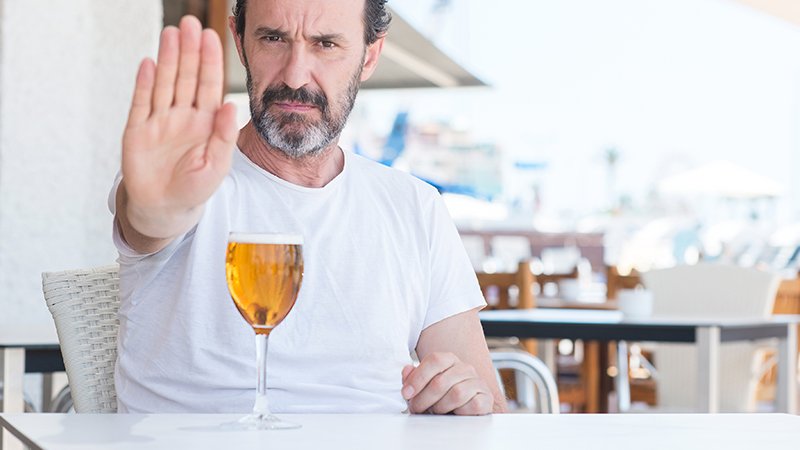 Fecal microbiota transplantation results in a short-term reduction in alcohol craving in patients with alcohol-induced cirrhosis who can’t stop drinking, results from a new study show.

And that reduction could lead to a better psychosocial quality of life for patients with cirrhosis and alcohol use disorder, said investigator Jasmohan Bajaj, MD, from Virginia Commonwealth University in Richmond.

“This is the most common addiction disorder worldwide, but we have nothing to treat these patients with,” he said.

Cirrhosis is associated with an altered gut–brain axis. It leads to organ damage in several parts of the body, including the brain, gut, pancreas, and liver. This makes changing the gut microbes “an attractive target,” Bajaj said at the Digital International Liver Congress 2020.

For their phase 1 double-blind study, he and his colleagues assessed 20 men from a Virginia veteran’s hospital with untreatable alcohol use disorder who were not eligible for liver transplantation.

All had failed behavioral or pharmacologic therapy and were unwilling to try again. “That’s what made them good candidates to try something new,” Bajaj said during a press briefing.

Mean age in the study cohort was 65 years, mean Model for End-Stage Liver disease (MELD) score was 8.9, and demographic characteristics were similar between the 10 men randomly assigned to fecal transplantation and the 10 assigned to placebo. One man in each group dropped out of the study.

The investigators evaluated cravings, microbiota, and quality of life during the 30-day study period.

At day 15, significantly more men in the transplant group than in the placebo group experienced a reduction in alcohol cravings (90% vs 30%).

At 30 days, levels of creatinine, serum IL-6, and lipopolysaccharide-binding protein were lower in the transplant group than in the placebo group. In addition, levels of butyrate and isobutyrate increased, as did cognition and quality-of-life scores.

There was also a decrease in urinary ethyl glucuronide (EtG) in the transplant group, which “is the objective criteria for alcohol intake,” Bajaj reported, noting that there was no change in EtG in the placebo group.

During the 30-day study period, two men in the placebo group required medical attention, one for hyponatremia and the other for atrial fibrillation. However, no adverse events were seen in any men in the transplant group. “This was the number one result,” Bajaj said.

Liver Disease and the Microbiome

“Understanding of interactions between the human and microbiome genome (metagenome) in health and disease has represented one of the major areas of progress in the last few years,” said Luca Valenti, MD, from the University of Milan, who is a member of the scientific committee of the European Association the Study of the Liver (EASL), which organized the congress.

“These studies lay the groundwork for the exploitation of this new knowledge for the treatment of liver disease,” he said.

“We are [now] diagnosing liver disease and the stages of liver disease based on microbiome changes,” said Jonel Trebicka, MD, PhD, from University Hospital Frankfurt in Germany, who chaired a session at the congress on the role of the microbiome in liver disease.

“This and other studies have shown us that the microbiome itself may influence liver disease,” he added.

Bajaj is considered one of the world’s experts on cirrhosis and the microbiome, Trebicka explained. Last year, Bajaj and his team demonstrated that fecal microbiota transplantation can reduce the incidence of recurrent hepatic encephalopathy, as reported by Medscape Medical News.

The current study also “shows clearly that the microbiome plays a role in craving. FMT reduces the desire for alcohol,” said Trebicka.

“The way to the brain is through the gut,” Bajaj said.

Bajaj, Trebicka, and Valenti have disclosed no relevant financial relationships.