Antibiotics Can Be as Effective as Surgery in Some Appendicitis Cases 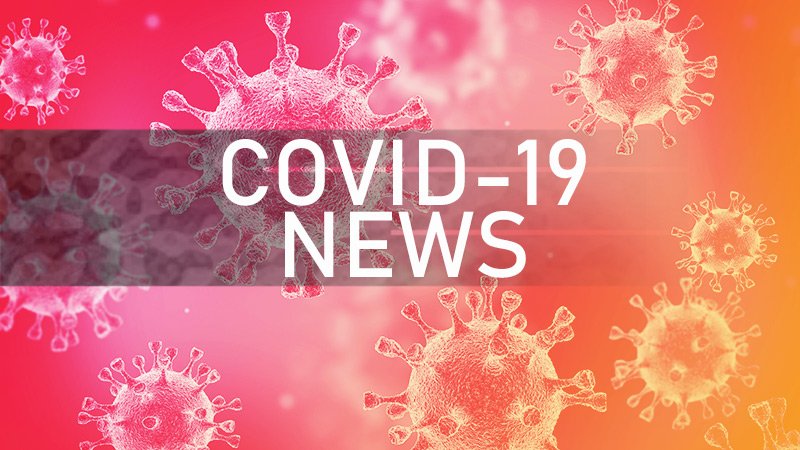 A 25-year-old man from Nevada and a 42-year-old man in Virginia experienced second bouts of COVID-19 about 2 months after they tested positive the first time. Gene tests show both men  had two slightly different strains of the virus, suggesting that they  caught the infection twice.

Until now, immunologists haven’t been too concerned about these reinfections because most second infections have been milder than the first, indicating that the immune system is doing its job and fighting off the virus when it is recognized a second time.

Unlike most of those cases, however, the men in Reno, NV, and Virginia, and a 46-year-old man in Ecuador, had more severe symptoms during their second infections, potentially complicating the development and deployment of effective vaccines.

The U.S. cases are detailed in new studies published in The Lancet and the journal Clinical Infectious Diseases.

“Coronaviruses are known to reinfect people — the seasonal ones — and so it’s not very surprising to see reinfections occurring with this particular coronavirus,” said Akiko Iwasaki, PhD, an immunobiologist at Yale University who was not involved in either study. “And the fact that there is more severe disease the second time around. It could a be a one-in-a-million event, we don’t know. We’re just becoming aware of the reinfection cases, and they are just a handful among millions of people infected.”

The Nevada man originally got sick on March 25. His symptoms included a sore throat, cough, headache, nausea, and diarrhea. A test taken at a community event held on April 18 confirmed COVID-19. His symptoms gradually subsided and he reported feeling better on April 27. He tested negative for the virus twice after he recovered.

About a month later, the man went to an urgent care center with a fever, headache, dizziness, cough, nausea, and diarrhea. They sent him home. Five days later, he went to the doctor again, this time with difficulty breathing and low blood oxygen. They told him to go to the ER. He was admitted to the hospital on June 5. Lung X-rays showed telltale patches of cloudiness, known as ground-glass opacities, and a nasal swab test confirmed COVID-19.  Gene testing of the two swabs, from April and June, showed key changes to the genetic instructions for the virus in the second test, suggesting that he’d gotten a slightly different strain the second time.

The Virginia man — a military health care provider — was infected the first time at work. He tested positive in late March after getting a cough, fever, and body aches. He recovered after 10 days and was well for nearly 2 more months. In late May, however, a member of his family got COVID-19, and he then got sick again with a fever, cough, difficulty breathing, and stomach upset. A chest X-ray confirmed pneumonia. His symptoms were worse the second time. Gene testing of the virus from each of his swabs indicated slight changes, suggesting he was infected twice.

There are other possibilities, including that the virus somehow went silent in his body for a few weeks and then became active again. The study authors think this is unlikely because it would mean that the virus is changing at a much faster pace than has been seen so far.

They also can’t tell whether the severity of symptoms the men experienced the second time were related to the virus or to how their immune systems reacted to it. Were they sicker because they got a larger dose of the virus? Was there something about the gene changes to the virus that made it more damaging when the men caught it again? Or could their first COVID-19 infections have somehow primed their immune systems the wrong way, leading to more severe infections the second time — a phenomenon called enhancement?

Scientists are racing to try to understand all those things and more — what reinfection means and how common it may be. If it happens frequently, that could complicate efforts to reach a level of community protection known as herd immunity. Vaccines may need to be tweaked to keep up with the virus as it evolves, and people may need regular boosters to maintain their protection.

“We need more research to understand how long immunity may last for people exposed to SARS-CoV-2 and why some of these second infections, while rare, are presenting as more severe,” study author Mark Pandori, PhD, of the Nevada State Public Health Laboratory, said in a news release.

“So far, we’ve only seen a handful of reinfection cases, but that doesn’t mean there aren’t more, especially as many cases of COVID-19 are asymptomatic,” he said. “Right now, we can only speculate about the cause of reinfection.”

Researchers stress that everyone should protect themselves from COVID-19 infection, even if they’re sure they’ve had it before, by wearing a face mask in public, staying at least 6 feet away from others, and washing and sanitizing hands often.