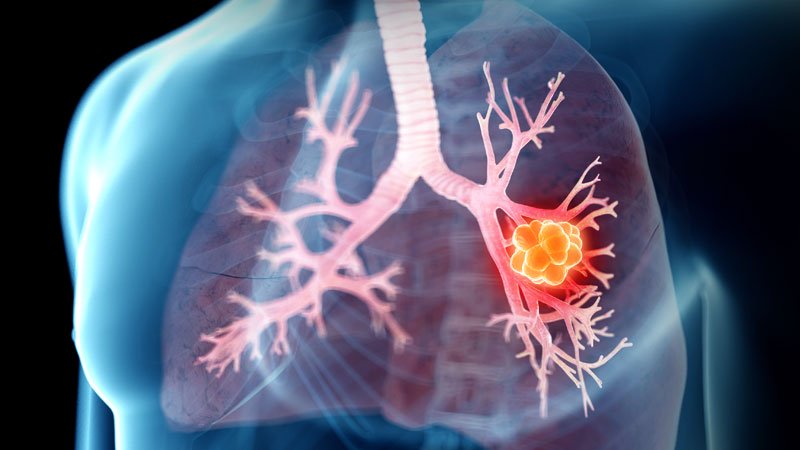 The first targeted therapy for patients with advanced non–small cell lung cancer (NSCLC) harboring MET mutations, capmatinib (Tabrecta), has shown deep and durable responses, conclude investigators of the pivotal trial that led to the drug’s approval. Responses were seen in all patients regardless of how many previous drugs they had been treated with, although responses were particularly pronounced among patients who were treatment naive.

Capmatinib and a companion assay received FDA approval in May 2020 for the treatment of adults with metastatic NSCLC harboring MET exon 14 skipping mutations.

“Prior to the this approval, there weren’t any approved therapies for this group of patients,” noted Edward Garon, MD, associate professor of hematology and oncology at the David Geffen School of Medicine at the University of California, Los Angeles, who led the pivotal trial.

“There are several drugs that have been used off label for MET exon 14 skipping mutations, but none with an indication for it,” he told Medscape Medical News.

Garon emphasized that capmatinib was particularly robust for patients who had not received prior therapy, although he added that it was also very effective or those who had been previously treated.

“The drug has been approved and it is available, and we have already written prescriptions for it at our clinic,” said Garon, “although at our clinic, the majority of patients using it were part of the [pivotal] clinical trial.”

That trial is the phase 2 GEOMETRY mono-1 study. Results from the study were presented at a meeting earlier this year and have now been published in the The New England Journal of Medicine.

It was conducted in a cohort of 364 patients with advanced NSCLC. Patients were stratified into five cohorts and two expansion cohorts, which were assigned according to MET status and previous lines of therapy. Across cohorts 1 through 5, a total of 97 patients had a MET exon 14 skipping mutation, and 210 had MET amplification. All patients were treated with capmatinib 400 mg twice daily.

Among patients with a MET exon 14 skipping mutation, an overall response was observed in 41% of previously treated patients and in 68% of those who had not previously been treated.

“That is a very high response rate, and clearly this drug is targeting this mutation,” said Fred Hirsch, MD, PhD, executive director, Center for Thoracic Oncology, Mount Sinai Health System, New York City, who was approached for comment. “It’s very active, and you don’t get those response with chemotherapy.”

The median duration of response was 9.7 months among previously treated patients and 12.6 months among those who were treatment naive. Median progression-free survival (PFS) was 5.4 months and 12.4 months, respectively.

Hirsh commented to Medscape Medical News that the results for patients with NSCLC and brain metastases were particularly noteworthy. “Brain metastases are, unfortunately, a common problem in patients with lung cancer,” he commented. “Now we have a drug that is effective for MET mutation and CNS involvement and can penetrate the blood-brain barrier, and this is a very encouraging situation.”

He pointed out that 7 of 13 patients with brain metastases responded to treatment with capmatinib. “Four patients have a complete response, and that is very encouraging,” said Hirsch. “This is clearly a deal breaker in my opinion.”

The Future Is Bright

Hirsch noted that the evidence supporting capmatinib is strong, even though a larger prospective study with a control group is lacking. “If we have a patient with this mutation, and knowing that there is a drug with a response rate of 68%, that is a good reason to try the drug up front,” he said. “The data are sufficient that it should be offered to the patient, even without a control group.”

Capmatinib is the latest of many targeted drugs that have been launched in recent years, and several immunotherapies are also now available for treatment of this disease. These new therapies are making this is a “very encouraging time in lung cancer,” Hirsch commented.

“We are seeing long-term survival, and eventually we may start seeing potential cures for some patients,” he said. “But at the very least, we are seeing very good long-term results with many of these targeted therapies, and we are continuing to learn more about resistant mechanisms.

“I can’t wait to see future in the field,” Hirsch added.