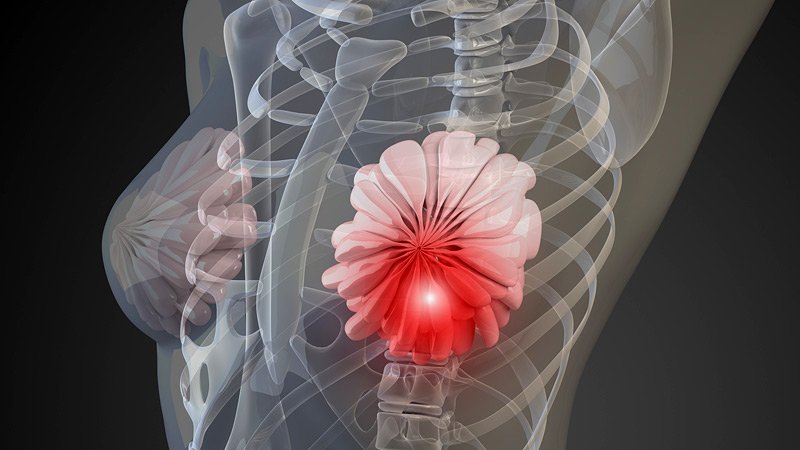 The first-in-class drug is directed at trophoblast cell surface antigen 2 (Trop-2), which is highly expressed in breast cancer. Research on the drug was presented at the ESMO Virtual Congress 2020 on September 19.

He said that because the safety profile of SG is consistent with previous reports and that the treatment discontinuation rate was low, the clinical benefit “confirms the use of sacituzumab govitecan” in metastatic TNBC. This was a reference to the fact that the drug previously received accelerated approval on the basis of early data.

Bardia added that ongoing studies are evaluating the use of SG in earlier lines of therapy, including neoadjuvant settings in combination with other targeted agents, as well as in hormone receptor–positive metastatic breast cancer. One such study is the phase 3 TROPiCS-02 study, which is actively accruing patients.

Invited discussant Fatima Cardoso, MD, director of the Breast Unit at Champalimaud Clinical Center, Lisbon, Portugal, said that the treatment algorithm for the management of TNBC will need to be updated in light of these results.

“In my opinion, we should now add sacituzumab govitecan as a new treatment option for patients treated with two or more lines of therapy,” she said.

She noted that the study design raised some questions over the way such trials should be conducted and the future sequencing of treatments.

Objections to Study Design and Execution

Discussant Cardoso said that the choice of PFS as the primary endpoint for the trial was not ideal.

“In the metastatic setting, and particularly for triple-negative breast cancer, where the median survival is quite low and where each line of treatment, particularly after the second line, has a short duration, the primary endpoint should have been overall survival,” she commented.

“Luckily, we saw some results, but we could have missed it,” Cardoso said. She made “a plea to make sure that overall survival is at least the co-primary endpoint” in the future.

Cardoso also said it was not clear to her why the trial had to be stopped. “For the current patients, if there is no crossover, there is no benefit in stopping the trial,” she said.

She went on: “For future patients, it’s better to have the final results sufficiently powered.” She noted that the benefit seen in ASCENT was “moderate” and “so not a substantial breakthrough.” She noted that it was “important not to stop trials too early.”

On the positive side, Cardoso said that the median number of previous lines of therapy that the patients had received was “quite remarkable for this subtype, and it is important then for us to discuss sequencing,” particularly given that so many patients received checkpoint inhibitors before entering the trial.

Safety and a Focus on Diarrhea

Investigator Bardia explained that SG is an antibody–drug conjugate directed at trophoblast cell surface antigen 2 (Trop-2), which is highly expressed in breast cancer.

The antibody is linked to SN-38, the active metabolite of irinotecan, via a hydrolyzable linker that makes internalization and enzymatic cleavage by tumor cells unnecessary.

Hydrolysis of the linker releases SN-38 both within the tumor cell and extracellularly to induce a so-called bystander effect, in which neighboring tumors cells may be killed even if they do not express Trop-2.

On the basis of positive results from phase 1/2 trial data, SG was granted accelerated approval by the US Food and Drug Administration for patients with metastatic TNBC who experience disease progression after at least two prior therapies.

ASCENT was therefore a phase 3 confirmatory study. Patients with metastatic TNBC who had received at least two prior chemotherapy regimens were randomly assigned in a 1:1 ratio to receive intravenous SG on days 1 and 8 of a 21-day cycle or to receive physician’s choice of treatment.

The patients continued receiving treatment until disease progression or unacceptable toxicity occurred. On the unanimous recommendation of the data safety monitoring committee, the trial was ended early because of “compelling evidence of efficacy.”

The current analysis is limited to 235 patients in the SG group and, in the control arm, 233 patients who did not have brain metastases. Patients with brain metastases will be the subject of a later analysis.

All but one patient in both treatment groups were women. The median age was approximately 54 years. The median number of prior treatment regimens was four. All patients had previously received chemotherapy, and between 26% and 29% have taken checkpoint inhibitors.

By the data cutoff of March 11, 2020, patients had received a median of seven treatment cycles with SG. PFS was adjudicated by blind, independent central review. The median duration of response was of borderline significance, at 6.3 months vs 3.6 months (P = .057).

Bardia showed that the results were consistent among all subgroups, including subgroups determined on the basis of age, number of prior therapies, whether patients had received prior immune checkpoint therapy, and the presence of liver metastases.

Despite the fact that the adverse event rate was higher with SG than with physician’s choice of chemotherapy, the percentage of such events that led to treatment discontinuation was numerically lower, at 4.7% vs 5.4%.

Cardoso highlighted the “substantial percentage” of patients with diarrhea and nausea in the trial and noted that “all grades” of these adverse events “affect quality of life.”

The focus therefore should be on patient education, prophylaxis, and “the early management of side effects,” she said.

This point was taken up in the post-presentation debate. Bardia said that the high rate of diarrhea “likely relates to the toxic payload, which is SN-38, which is known to cause diarrhea.

“Loperamide or immodium prophylaxis can be used in patients who receive this drug, and in general, our experience with the use of sacituzumab govitecan is you can control the diarrhea,” Bardia said.

He added: “There is also a different side effect that occurs during the infusion of SG, which is abdominal cramping and diarrhea, and that’s more of a cholinergic reaction. For that, atropine is the best medication to use.”