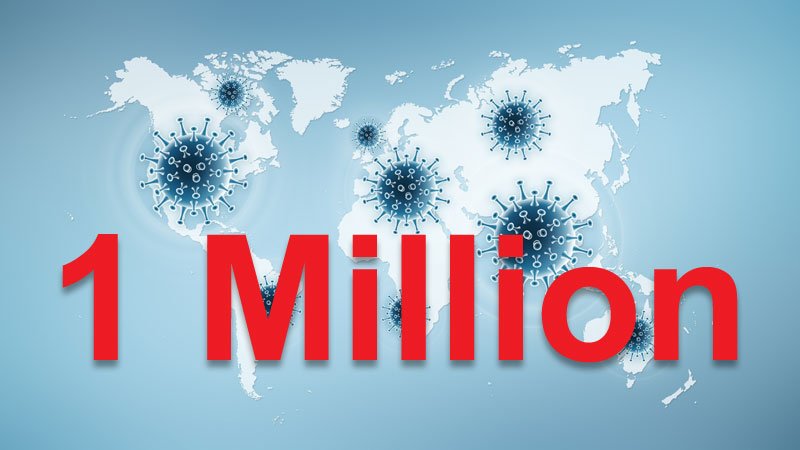 The first coronavirus-related death occurred January 11 in Wuhan, China, where the virus was first detected.

In the 8-plus months since, the virus has swept the world. The 1 millionth death occurred Monday, according to the Johns Hopkins University Coronavirus Resource Center, but nobody is sure exactly where. The pandemic has moved so fast that it’s difficult to keep up with the numbers.

It’s certain to get worse. Mike Ryan of the World Health Organization said a few days ago that the number of worldwide deaths could very well reach 2 million, even with a vaccine.

“Are we prepared to do what it takes to avoid that number?” Ryan asked, according to the BBC. He called on governments to do more and said, “Unless we do it all, the number you speak about is not only imaginable, but unfortunately and sadly, very likely.”

The United States has recorded about 20% of the world’s COVID-related deaths, with more than 205,000, according to Johns Hopkins. The US has also reported the most cases, with more than 7.1 million.

Health officials say the numbers are actually higher across the world because many people aren’t tested and some deaths aren’t counted because people die from underlying medical conditions such as heart disease, which can make them more vulnerable to the virus.

China, where the virus started, is something of a success story. The world’s most populous nation has reported only 4700 deaths related to coronavirus, Johns Hopkins said.

After the outbreak in Wuhan, the city was locked down and China imposed tight restrictions on travel. But outbreaks soon occurred in Italy and Iran.

By mid-April, the US had over 20,000 coronavirus-related deaths, the most in the world, and the hotspot had moved from the West Coast to New York City.

The good news: COVID-19 doesn’t appear to be as deadly as feared. Dr. Anthony Fauci, the United States’ most prominent expert on infectious diseases, and other health leaders have put the COVID-19 death rate at about 0.6% — six times that of a typical flu season.

But the virus is infecting so many people that the number of deaths is staggering and only expected to rise as the Northern Hemisphere enters fall and winter.