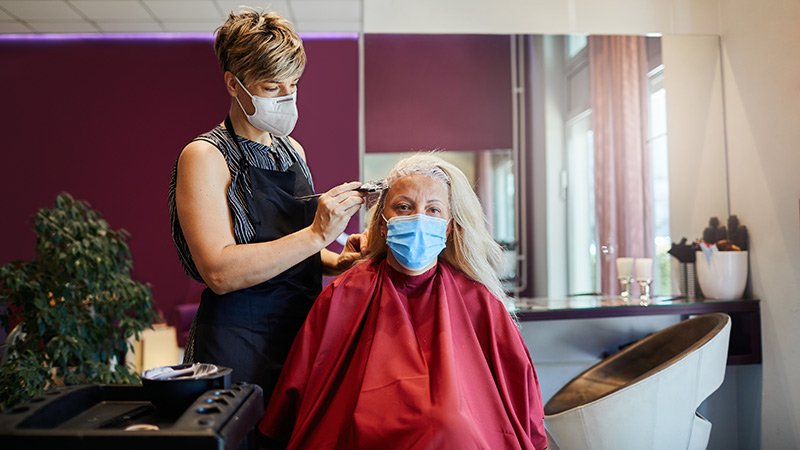 The largest study of its kind has found no positive association between personal use of permanent hair dye and the risk for most cancers and cancer mortality.

The findings come from the Nurses’ Health Study, an ongoing prospective cohort study of more than 117,000 women who have been followed for 36 years and who did not have cancer at baseline.

The findings were published online on September 2 in The BMJ.

The results “offer some reassurance against concerns that personal use of permanent hair dyes might be associated with increased cancer risk or mortality,” write the investigators, with first author Yin Zhang, PhD, of Harvard Medical School, Boston, Massachusetts.

The findings, which are limited to White women in the United States, indicate correlation, not causation, the authors emphasize.

A British expert not involved in the study dismissed these findings. “The reported associations are very weak, and given the number of associations reported in this manuscript they are very likely to be chance findings,” commented Paul Pharoah, PhD, professor of cancer epidemiology at the University of Cambridge.

“For the cancers where an increase in risk is reported the results are not compelling. Even if they were real findings the associations may not be cause-and-effect and even if they were causal associations the magnitude of the effects are so small that any risk would be trivial.

“In short, none of the findings reported in this manuscript suggest that women who use hair dye are putting themselves at increased risk of cancer,” he stated.

A US researcher who has previously coauthored a study suggesting an association between hair dye and breast cancer agreed that the increases in risk reported in this current study are “small.” But they are “of interest,” especially for breast and ovarian cancer, said Alexandra White, PhD, of the National Institute of Environmental Health Sciences, National Institutes of Health, Research Triangle Park, North Carolina.

Hair dyes include compounds that “are not just potential carcinogens but also act as endocrine disruptors,” she told Medscape Medical News.

“In both breast and ovarian cancer, we know that hormones play an important part in the etiology…so it’s biologically plausible that you would see [these associations in the current study],” added White, who was approached for comment.

However, she added that even with the “modest” 20% to 28% increase in the relative risk for certain breast cancers linked to a heavy cumulative dose of dyes in the current study, “there doesn’t seem to be any strong association with any cancer type.”

But she also pointed out that the most outstanding risk association was among ER-/PR- breast cancers, which are the “most aggressive and difficult to treat,” and thus the new findings are “important.”

White is the lead author of a 2019 study that received a lot of media attention because it rang an alarm bell about hair dyes and breast cancer risk.

That study concluded that ever using permanent hair dye or hair straighteners was associated with a higher risk for breast cancer than never using them and that this higher risk was especially associated with Black women. However, the study participants were from the prospective Sister Study. The participants in that study had no history of breast cancer, but they each had at least one sister who did. This family history of breast cancer may represent selection bias.

The study of hair dyes and cancer has “major public health implications” because the use of hair dye is widespread, Zhang and colleagues write in their article. They estimate that 50% to 80% of women and 10% of men aged 40 years and older in the United States and Europe use hair dye.

Permanent hair dyes “pose the greatest potential concern,” they state, adding that these account for approximately 80% of hair dyes used in the United States and Europe and an even higher percentage in Asia.

The International Agency for Research on Cancer classifies occupational exposure to hair dyes as probably carcinogenic, but the carcinogenicity resulting from personal use of hair dyes is not classifiable – thus, there is no warning about at-home usage.

Notably, there was “a huge and very important” change in hair dye ingredients in the 1980s after the US Food and Drug Administration warned about some chemicals in permanent hair dyes and the cosmetic industry altered their formulas, lead author Zhang told Medscape Medical News.

However, the researchers could not analyze use before and after the changes because not enough women reported first use of permanent hair dye after 1980 (only 1890 of 117,200 participants).

“We could expect that the current ingredients should make it safer,” Zhang said.

As noted above, there were some exceptions.

In addition, an increased risk for Hodgkin lymphoma was observed, but only for women with naturally dark hair (the calculation was based on 70 women, 24 of whom had dark hair).

In a press statement, senior author Eva Schernhammer, PhD, of Harvard and the Medical University of Vienna, the said the results “justify further prospective validation.”

She also explained that there are many variables to consider in this research, including different populations and countries, different susceptibility genotypes, different exposure settings (personal use vs occupational exposure), and different colors of the permanent hair dyes used (dark dyes vs light dyes).

They point out that Europe but not the United States banned some individual hair dye ingredients that were considered carcinogenic during both the 1980s and 2000s. One country has even tighter oversight, they say: “The most restrictive regulation of hair dyes exists in Japan, where cosmetic products are considered equivalent to drugs.”

The study was funded by the US Centers for Disease Control and Prevention and the National Institute for Occupational Safety and Health. The study authors and White have disclosed no relevant financial relationships.

Nick Mulcahy is an award-winning senior journalist for Medscape. He previously freelanced for HealthDay and MedPageToday and had bylines in WashingtonPost.com, MSNBC, and Yahoo. Email: [email protected] and on Twitter: @MulcahyNick.