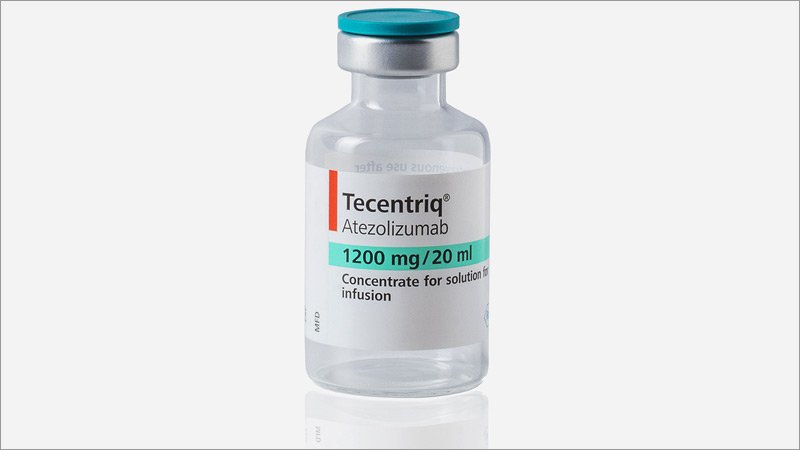 Proton-pump inhibitors may short-circuit the benefits of atezolizumab (Tecentriq) in patients with advanced/metastatic urothelial cancer, according to a post-hoc analysis of 1360 subjects from two atezolizumab trials.

Proton-pump inhibitor (PPI) use was associated with worse overall and progression-free survival among patients on atezolizumab, but there was no such association in a matched cohort receiving chemotherapy alone. In short, concomitant “PPI users had no atezolizumab benefit,” write the investigators led by Ashley Hopkins, PhD, a research fellow at Flinders University in Adelaide, Australia.

This is the first time that PPI use has been shown to be an independent prognostic factor for worse survival in this setting with atezolizumab use — but not with chemotherapy, write the authors in the study, published online today in Clinical Cancer Research.

“PPIs are overused, or inappropriately used, in patients with cancer by up to 50%, seemingly from a perspective that they will cause no harm. The findings from this study suggest that non-critical PPI use needs to be approached very cautiously, particularly when an immune checkpoint inhibitor is being used to treat urothelial cancer,” Hopkins said in a press release.

Although about one third of cancer patients use PPIs, there has been growing evidence that the changes they induce in the gut microbiome impact immune checkpoint inhibitor (ICI) effectiveness. A similar study of pooled trial data recently found that PPIs, as well as antibiotics, were associated with worse survival in advanced non-small cell lung cancer treated with atezolizumab, while no such tie was found with chemotherapy (Ann Oncol. 2020;31:525-531. doi: 10.1016/j.annonc.2020.01.006).

“It is increasingly evident that altered gut microbiota impacts homeostasis, immune response, cancer prognosis, and ICI efficacy. The hypothetical basis of [our] research is that PPIs are associated with marked changes to the gut microbiota, driven by both altered stomach acidity and direct compound effects, and [that] these changes may impact immunotherapy,” Hopkins said in an email to Medscape.

The investigators compared the outcomes of the 471 subjects who were on a PPI from 30 days before to 30 days after starting atezolizumab with the outcomes of 889 subjects who were not on a PPI. Findings were adjusted for tumor histology and the number of prior treatments and metastases sites, as well as age, body mass index, performance status, and other potential confounders.

It seems that PPIs negate “the magnitude of atezolizumab efficacy,” the investigators write.

The investigators caution that although “the conducted analyses have been adjusted, there is the potential that PPI use constitutes a surrogate marker for an unfit or immunodeficient patient.” They call for further investigation with other ICIs, cancer types, and chemotherapy regimens.

The dose and compliance with PPI therapy were unknown, but the team noted that over 90% of the PPI subjects were on PPIs for long-term reasons, most commonly gastric protection and gastroesophageal reflux disease (GERD). Omeprazole, pantoprazole, and esomeprazole were the most frequently used.

There were no significant associations between PPI use and the first occurrence of atezolizumab-induced adverse events.

The study was funded by the National Breast Cancer Foundation (Australia) and the Cancer Council South Australia. Hopkins has disclosed no relevant financial relationships. Multiple study authors have financial ties to industry, including makers of immune checkpoint inhibitors. The full list can be found with the original article.

M. Alexander Otto is a physician assistant and award-winning medical journalist who has worked for several major news outlets before joining Medscape, including McClatchy and Bloomberg. He is an MIT Knight Science Journalism fellow. Email: [email protected]