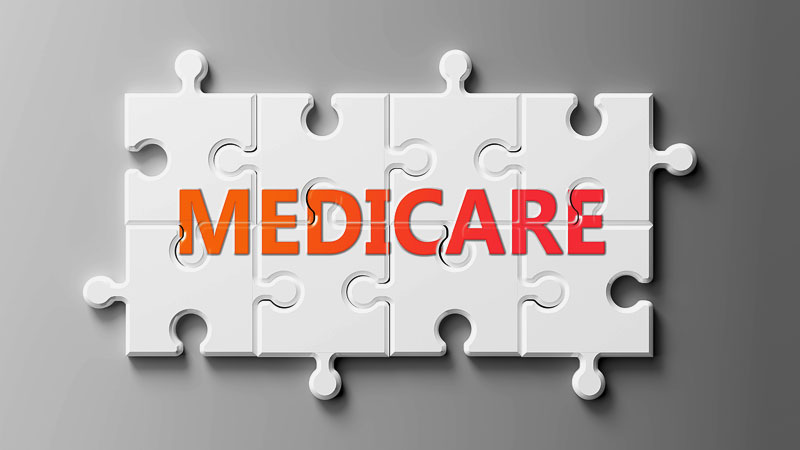 Under the US Medicare system, the cost of insulin is about 50% higher for beneficiaries who use insulin pumps than those who inject insulin, a new analysis reveals.

The issue was outlined, along with a “call to action”, in a commentary recently published in the Journal of Diabetes Science and Technology by health care strategist Julia Brown-Georgi, MS, Albany, New York, and colleagues.

Under Medicare, insulin delivered via syringe or pen is reimbursed under Part D, the drug benefit, whereas insulin infused by pump falls under Part B, as durable medical equipment (DME).

The price differential arose in 2017, with a rule change to the 21st Century Cures Act regarding reimbursement for infused drugs under Part B, and further worsened with subsequent overall increases in the price of insulin.

Only 29% of Medicare beneficiaries have supplemental Medigap insurance to help lower out-of-pocket costs, the authors of the commentary note.

“Our patients who are using insulin pumps noticed a big increase in the cost of their insulin when the 21st Century Cures Act took place in January 2017. Without any notification from Medicare, the amount of money out of pocket and the total cost of insulin rose for patients who are using insulin pumps…There were anecdotal reports, then we looked into it,” Vigersky, who is also professor of medicine at the Uniformed Services University for the Health Sciences, Bethesda, Maryland, told Medscape Medical News.

Physicians should be aware of the situation in order to counsel patients — who are either aging into Medicare with an insulin pump or who are already in Medicare and want to switch from injections to a pump — that they may encounter higher copays for insulin, he said.

In addition, Vigersky advised, concerned patients should be encouraged to call their representatives in Congress.

But, “this shouldn’t dissuade clinicians from prescribing pumps, because they provide a huge benefit in terms of patients’ overall ability to control their diabetes,” he stressed.

A Call to Action as Price of Insulin Rose, Suddenly Shifted, in 2017

In the article, the authors call for the Centers for Medicare & Medicaid Services (CMS) to fix the situation with a series of actions, including better aligning the cost of insulin under Parts B and D, and determining reimbursement rates on a drug-by-drug basis, rather than lumping together all infused drugs.

Asked for comment, CMS said in a statement to Medscape Medical News: “As with all relevant and topical research, CMS appreciates the input of the journal authors and considers external research in all potential future policymaking and initiatives.”

As outlined by the authors and covered extensively by Medscape Medical News, the overall price of insulin in the United States has dramatically increased in the past two decades. For example, the average list price of one vial of insulin rose from $9.61 to $25.38 between January 2013 and July 2018, a 164% increase.

A provision in the 21st Century Cares Act, which went into effect January 1, 2017, attempted to remedy past overpayment for DME-infused drugs covered under Medicare Part B by changing the pricing methodology. Prior to 2017, the drugs had been reimbursed based on 95% of the 2003 average wholesale price. With the new law, payments have been set to average sales price plus 6%.

As a result, the price of insulin rose by 251% overnight from December 31, 2016, to January 1, 2017, for Medicare beneficiaries using insulin pumps, whereas there was no change for those injecting their insulin.

And then in 2018, insulin manufacturers raised the price by another 53%, resulting in an overall 304% price increase under Part B over 2 years.

Thus, as of now, the average monthly copay for insulin for pump users in Medicare is about $54.26, about 50% more than the $35 maximum for those who inject insulin.

“This is in the setting of patients skimping on insulin anyway because of the high cost. There’s reasonably good evidence that patients stretch out their insulin because of cost, including those in Medicare,” Vigersky emphasized.

What Can Be Done?

The problem could have been avoided, the authors say in their commentary, if payments had simply been adjusted for the two pre-2017 most-highly overpaid DME-infused drugs, milrinone lactate and immune globulin, rather than all of them. Doing that would have addressed 95% of the overpayments and saved $267 million without affecting insulin cost.

Unlike insulin, nearly all of the other infused drugs are used only for short periods of time, such as pain medications, antibiotics, or chemotherapy.

“People get these for a few months, but not for years and years. Some aren’t used much at all. It was sort of a wholesale way to change things, and insulin got caught in it, with more extensive consequences,” Vigersky noted.

He and his coauthors advise CMS to test pricing methodologies before implementation to prevent further unintended consequences going forward, to ask the Inspector General’s office to re-analyze costs to see if savings targets are being met, and to notify patients and health care providers in advance of a change so that they can better prepare for increased costs.

For now, Vigersky advised that when considering pump therapy for a given patient, “from a clinical standpoint, this is a shared decision with the patient.”

“As much as the reality of costs is shared with the patient, there is good evidence that pump therapy is cost-effective. The patient has to make the decision as to whether this extra amount is worth the benefits in the long run that they will get from pump therapy.”

Vigersky is a Medtronic employee.