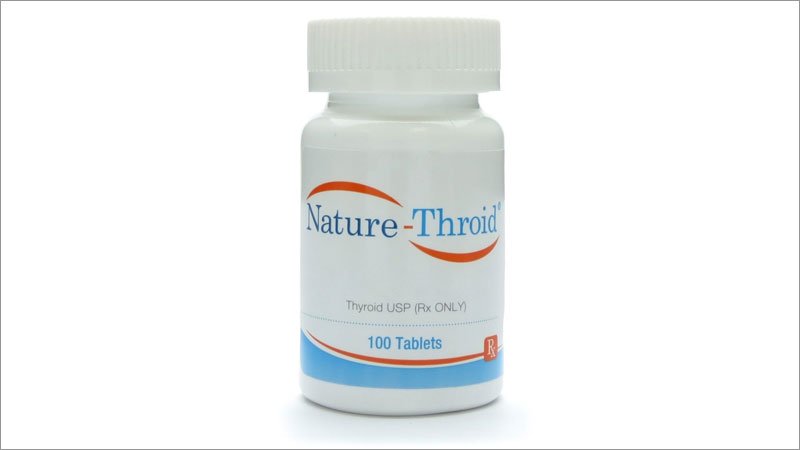 For patients with hypothyroidism who underwent treatment with desiccated thyroid, there were no significant differences in the time spent in normal ranges of thyroid stimulating hormone (TSH) compared with patients who received the standard therapy of synthetic levothyroxine (T4) over 3 years, new research shows.

The findings are “unanticipated…given concerns for variability between batches of desiccated thyroid cited by national guidelines,” say the authors of the study, which was published this month in the Annals of Family Medicine.

In the trial, patients who had been treated for hypothyroidism at Kaiser Permanente Colorado were matched retrospectively into groups of 450 patients each according to whether they were treated with desiccated thyroid or synthetic levothyroxine.

“This study showed that after 3 years, TSH values in both groups remained within reference ranges approximately 80% of the time,” say Rolake Kuye, PharmD, and colleagues with Kaiser Permanente, in Denver, Colorado.

In an accompanying editorial, Jill Schneiderhan, MD, and Suzanna Zick, ND, MPH, of the University of Michigan Medical School, Ann Arbor, Michigan, say the overall results indicate that the continued use of desiccated thyroid is warranted in some cases.

“Keeping desiccated thyroid medications as an option in our tool kit will allow for improved shared decision-making, while allowing for patient preference, and offer an option for those patients who remain symptomatic on levothyroxine monotherapy,” they advise.

Desiccated thyroid (dehydrated porcine thyroid), which was long the standard of care, is still commonly used in the treatment of hypothyroidism, despite having been replaced beginning in the 1970s by synthetic levothyroxine in light of evidence that the former was associated with more variability in thyroid hormone levels.

Desiccated thyroid is still sold legally by prescription in the United States under the names Nature Thyroid, Thyroid USP, and Armour Thyroid and is currently used by up to 30% of patients with hypothyroidism, according to recent estimates.

Consistent with concerns about variability in thyroid hormone levels, the new study did show greater variability in TSH levels with desiccated thyroid when assessed on a visit-to-visit basis.

This Long-term Investigation Is “Much Needed”

This new study adds important new insight to the ongoing debate over hypothyroidism treatment, say Schneiderhan and Zick in their editorial.

“[The study authors] begin a much-needed investigation into whether patients prescribed synthetic levothyroxine compared with desiccated thyroid had differences in TSH stability over the course of 3 years.

“Further prospective studies are needed to confirm these results and to explore differences in more diverse patient populations, such as Hashimoto’s thyroiditis as well as on quality of life and other important patient-reported outcomes such as fatigue and weight gain,” the editorialists add.

“This study does, however, provide helpful information that desiccated thyroid products are a reasonable choice for treating some hypothyroid patients.”

For 60% of Patients in Both Groups, TSH Was Within Normal Range for Whole Study

In the study, Kuye and colleagues matched patients (average age, 63 years; 90% women) in terms of characteristics such as race, comorbidities, and cholesterol levels.

Patients were excluded if they had been prescribed more than one agent for the treatment of hypothyroidism or if they had comorbid conditions, including a history of thyroid cancer or other related comorbidities, as well as pregnancy.

Among 60% of patients in both groups, all TSH values measured during the study period were within normal ranges, however (P = .951).

The median number of TSH laboratory studies obtained during the study was four in the synthetic levothyroxine group and three for patients prescribed desiccated thyroid (P = .578).

There were some notable differences between the groups. Patients in the desiccated thyroid group had lower body mass index (P = .032), A1c levels (P = .041), and lower baseline TSH values (2.4 vs 3.4 uIU/mL; P = .001) compared with those prescribed levothyroxine.

Limitations include the fact that the authors could not account for potentially important variables such as rates of adherence, differences in prescriber practice between agents, or the concurrent use of other medications.

The authors note they were not able to assess subjective outcomes, which, as noted by the editorialists, are particularly important in hypothyroidism.

They cite as an example a large study that found significant impairment in psychological well-being among patients treated with thyroxine replacement, despite their achieving normal TSH levels.

In addition, synthetic levothyroxine is associated with other uncertainties, such as complexities in the conversion of T4 to triiodothyronine (T3) that may disrupt thyroid metabolism in some patients.

In addition, there are differences in the amounts of thyroid replacement needed by certain groups, such as patients who have undergone thyroidectomies.

In conclusion, “The one-size-fits-all approach for treating hypothyroidism does not work…for all patients,” they conclude.

The study authors and editorialists have disclosed no relevant financial relationships.