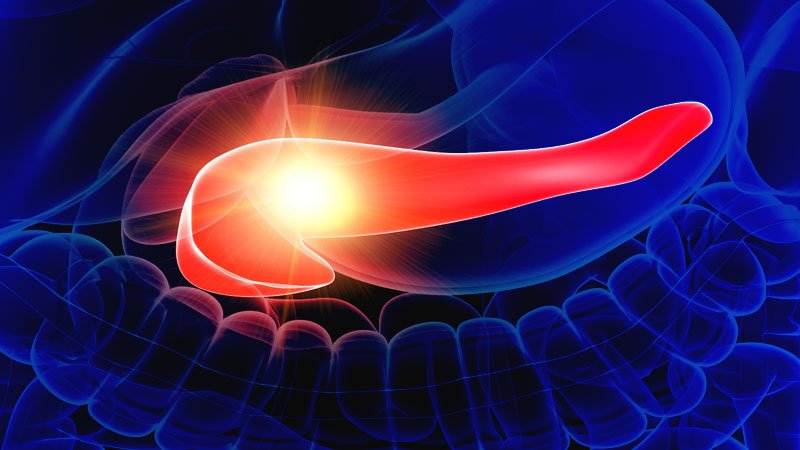 Calculating the ratio between serum triglyceride and apolipoprotein B levels may help rule out patients with hypertriglyceridemia who are at low risk of developing hypertriglyceridemic pancreatitis (HTGP), and so better guide management, suggests a chart analysis.

Conversely, those at higher risk based on the ratio could be more closely monitored for the development of pancreatitis, the researchers say.

The research was presented at the European Atherosclerosis Society 2020 Virtual Congress on October 5, held online this year due to the COVID-19 pandemic.

In a chart review of patients at the Mayo Clinic covering 13 years, the team identified 58 who had raised triglyceride levels and had undergone advanced lipoprotein testing, of whom 20 had experienced an episode of HTGP.

They found that the serum triglyceride/apolipoprotein B ratio was an independent predictor of HTGP, with a sensitivity of 90% and specificity of almost 74%.

When using a cutoff of less than 10.6, they found that it was associated with a probability of developing HTGP of only 1.5%.

Lead author Kristen M. Gonzales, MD, Mayo Clinic, Rochester, Minnesota, said that the triglyceride/apolipoprotein B ratio “was the only variable, at least looking at the ratios in our study, that seemed to add predictive value beyond that of serum triglycerides alone.

“Based on these results, we concluded that measurement of apolipoprotein B and calculation of the triglyceride/apolipoprotein B ratio may in fact aid clinicians in further refining HTGP risk among patients with at least moderate hypertriglyceridemia,” she said.

Gonzales told theheart.org | Medscape Cardiology that the take-home message of the study is that the triglyceride/apolipoprotein B ratio could be used to rule out HTGP.

“It seems that if patients have a cutoff value less than [10.6] they would be relatively low risk for developing acute pancreatitis,” she said, “whereas as those with a higher cutoff are perhaps those that we should monitor more closely.”

Chairing the post-presentation discussion, Jörg Heeren, PhD, University Medical Center Hamburg-Eppendorf, Germany, pointed out that patients with hypertriglyceridemia often suffer from abdominal pain attacks that are “not that severe.”

He wondered whether it was possible to distinguish between patients with HTGP from those with raise triglyceride levels who also have chronic pancreatitis.

Gonzales said that some of their patients had indeed experienced several episodes of recurrent pancreatitis and “it was quite difficult to distinguish what was chronic and what constituted an acute attack.”

She added that based on their study design it was hard to “tease out” the two, although they “tried to verify to the best of our ability” that the patients had HTGP.

Gonzales began her presentation by noting that hypertriglyceridemia is a “common cause of pancreatitis, with triglyceride levels over 2000 mg/dL being strongly correlated with development of this complication.

“In addition, recent studies have shown that even moderate elevations in triglyceride levels can elevate one’s risk for this complication,” she added. “Thus timely identification of patients most at risk can potentiate earlier intervention and preventative strategies.”

She noted that there have also been data to suggest that advanced lipoprotein testing (ALT) may help predict HTGP.

To investigate further, the team conducted a retrospective cohort study of 58 adults treated at the Mayo Clinic between 2005 and 2018 who had completed ALT and had a triglyceride level greater than 500 mg/dL at baseline.

They reviewed the medical charts of all patients, identifying 20 patients with HTGP and 38 without.

“From there, we further did a review of each individual patient chart to verify that, in fact, patients had had at least one documented episode of acute pancreatitis for which they had been hospitalized,” Gonzales noted.

There were also significant differences in other lipids between patients with and without HTGP.

When the researchers examined the predictive value of various lipid parameters, they determined that serum triglycerides had a sensitivity for predicting HTGP of 70.0% and specificity of 64.2%, with an area under the curve of 0.815 (P < .001).

Heeren asked Gonzales whether the team had looked at other apolipoproteins associated with hypertriglyceridemia.

She replied that their “advanced lipoprotein panel, at least at the Mayo Clinic, does not routinely measure all apolipoproteins and so we limited it to apolipoprotein B.”

“One additional thing we are looking at is the role of non-HDL cholesterol…and that’s in process at the moment,” Gonzales added.

No funding declared. No relevant financial relationships have been reported.