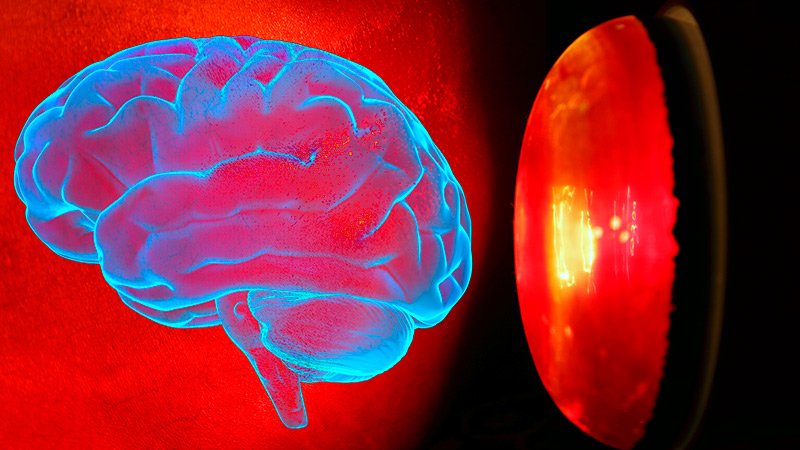 One of the first randomized controlled trials of its kind has concluded that low-level light therapy is safe in the treatment of moderate traumatic brain injury (TBI).

“The primary objective of the study was to show that light is safe,” senior author Rajiv Gupta, MD, PhD, of Massachusetts General Hospital and Harvard Medical School, Boston, Massachusetts, told Medscape Medical News. “And to the extent that we can tell, we did not observe any adverse reactions in the light-treated group vs the sham group.

“What is currently known about this relationship comes primarily from animal models and basic biology research,” Gupta continued. “Our study is the first one to establish its effect in humans.”

The study was published online September 14 in JAMA Network Open.

Low-level light therapy incorporates near-infrared light and is thought to elicit biostimulation through mitochondrial light absorption. Preclinical research has examined the effects of low-level light therapy, including its vascular and neuroprotective functions, on various subsystems.

“It has been known for a number of years that cells have activity to light, because certain wavelengths of light interfere with and modulate mitochondrial metabolism, such as upregulating ATP [adenosine triphosphate] production and blood flow,” said Gupta.

“Some animal models have shown that those effects translate into full response, but it had never been shown in humans. Ours is the first study in moderate traumatic brain injury that the brain perceives light and in a measurable way,” he added.

The single-center, prospective, double-blind, placebo-controlled, parallel-group trial was conducted between November 2015 and July 2019. Sixty-eight patients with moderate TBI were randomly assigned to receive either low-level light or sham therapy.

Transcranial low-level light therapy was administered using a custom-built helmet equipped with 18 clusters of 20 near-infrared light-emitting diodes; therapy was initiated within 72 hours of injury. The treatment was divided into three 20-minute sessions with at least 12 hours between each one. Sham treatment was delivered using the same helmet.

Brain imaging software assessed neuroreactivity to light therapy and the overall health of the brain’s white matter. Neurocognitive assessments using the Rivermead Post-Concussion Questionnaire were performed at the same time as MRI and at 6 months post injury.

Of the 68 patients who originally underwent randomization, 43 (mean age, 50.5 ± 17.4 years; 21 women) were included in the final analysis. All had undergone at least one MRI scan. Forty patients underwent at least two MRI scans, 18 in the low-level light therapy group and 22 in the sham therapy group.

The investigators found that all 18 patients who successfully completed low-level light therapy did so without any complications. Interestingly, the helmet proved feasible for all patients, even those with subgaleal hemorrhage or soft tissue swelling and those for whom small dressings had been applied to portions of the head.

Measures of neuroreactivity also differed between the two groups. Although the passage of time had a statistically significant effect on most diffusion parameters in both groups, the parameters differed by treatment status.

“Most people don’t realize that in the near-infrared spectrum, the skull is very transparent to light. So about 3% of the light that we are applying transcranially will reach the surface of the brain, and a good number of those photons go fairly deep into the brain,” said Gupta.

The study was not without limitations, which included its lack of power to assess the efficacy of low-level light therapy on the symptom burden of moderate TBI. The researchers also acknowledge that the trial did not include 6- or 12-month follow-up MRI scans.

Although Gupta was quick to acknowledge the preliminary nature of the investigation, he and his colleagues are confident that it shows the feasibility and safety of low-level light therapy in this patient population.

What’s more, the results provide what the researchers note is the first direct evidence that transcranial low-level light therapy targets and engages the neural substrates that may play a role in the pathophysiologic effects of moderate TBI.

Given these potential benefits, the investigators believe low-level light therapy has the potential to have a marked clinical effect for these patients.

“There are very few interventions that are known to be effective and useful after traumatic brain injury, and here now we have an intervention that is easy to administer, portable, and as we have shown, is safe,” he said.

“While we have yet to demonstrate any effectiveness with low-level light therapy, if we do establish such efficacy, then it becomes a technology that is very easily applied, very available, and very inexpensive. You can have it anywhere there’s a risk of injury,” he added.

“If proven safe and effective, low-level light therapy could reduce disabilities produced by traumatic brain injury and improve outcomes from such rehabilitation programs,” writes Diniz, who was not involved in the study.

That said, Diniz recognized that it is unlikely that the novel therapeutic approach will assume an isolated role in the secondary prevention of physical, cognitive, and emotional repercussions of TBI.

“Individually tailored multidisciplinary rehabilitation programs will probably continue to be the standard of care after moderate and severe traumatic brain injury. The adjuvant use of low-level light therapy will be justifiable if proven cost-effective in reducing trauma sequelae or in shortening time to recovery from trauma,” she adds.