RLC Labs, Inc., Issues Voluntary Nationwide Recall of All Lots of Nature-Throid® and WP Thyroid® with Current Expiry Due to Sub Potency 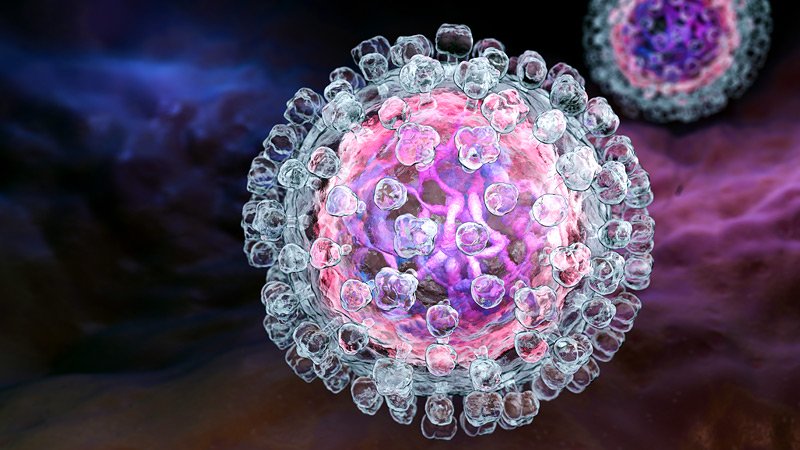 Eleven high-income countries are on track to meet World Health Organization targets to eliminate hepatitis C infection by 2030, compared with nine countries 2 years ago, researchers report. But 28 countries, including the United States, are not expected to eliminate HCV until 2050.

“In the countries making progress, the common elements are political will, a clear national plan, and easing of restrictions on the cascade of care and testing,” Yuri Sanchez Gonzalez, PhD, director of health economics and outcomes research for biopharmaceutical company AbbVie told Medscape Medical News. That would include offering hepatitis C treatment to individuals who have liver fibrosis and those struggling with sobriety, he said. “We can’t overstate how much this is a massive driver of the hepatitis C epidemic.”

His research, presented at the digital edition of the International Liver Congress this week, showed more countries on target than in a study published 2 years ago in Liver International . “But it’s not enough,” Sanchez Gonzalez said. “We know that more than 80% of infections are in people who inject drugs. Stigmatization of drug use is still a very major issue.” Despite data clearly showing that countries who have harm reduction programs make progress, “in many countries these programs are still illegal.”

To evaluate which countries are on target to eliminate hepatitis C by 2030, researchers performed Markov disease progression models of HCV infection in 45 high-income countries. The results showed that Australia, Canada, France, Germany, Iceland, Italy, Japan, Spain, Sweden, Switzerland, and the United Kingdom are “in the green” (on target for 2030).

Austria, Malta, the Netherlands, New Zealand, and South Korea are “in the yellow” (on target for 2040) and 28 remaining countries, including the United States, are “in the red,” with targets estimated to be met by 2050.

Compared to an analysis performed 2 years ago, South Korea moved from green to yellow, while Canada, Germany, and Sweden moved from red to green.

Researchers say that the countries moving the needle are the ones addressing barriers to care.

During this week’s Congress, the European Association for the Study of the Liver (EASL) launched a policy statement recommending breaking down all barriers that prevent people who inject drugs from getting access to hepatitis C treatment, including laws and policies that “decriminalize drug use, drug possession and drug users themselves,” said statement coauthor Mojca Maticic, MD, PhD, University of Ljubljana, Slovenia

“To reach the desired WHO goal, combining decriminalization of personal drug consumption and integrated interventions that include hepatitis C testing and treatment should be implemented,” she added. We need to adopt “an approach based on public health promotion, respect for human rights, and evidence.”

Although harm reduction is the top strategy for making 2030 targets, having precision data also helps a lot.

“High-quality data and harm reduction innovation to curb the overdose crisis has moved us out of the red and into the green,” Canadian researcher Jordan Feld, MD, MPH, University of Toronto, told Medscape Medical News. He points to British Columbia, Canada’s third-most populous province, putting harm reduction programs in place as key to Canadian progress.

“Given the increasing opioid epidemic, you’re creating yourself a bigger problem if you don’t treat this population,” Feld said. When a person needs 6 months to get sober in order to be treated for HCV, that’s more potential time to pass the infection to others. His study, also presented at ILC this week, outlines anticipated timing of hepatitis C in Canada’s four most populous provinces (Ontario, Quebec, British Columbia, and Alberta), and shows British Columbia will reach targets by 2028.

Lifting all restrictions clearly helps, Sanchez Gonzalez reports. He pointed to Sweden as a good example, a country that recently lifted HCV treatment restrictions for individuals living with fibrosis. Sweden moved from a red to a green spot in this analysis and is now on target for 2030.

“As long as everyone who needs treatment gets treatment, you can make tremendous progress,” he said.

Keeping track is also essential to moving the needle. Since the WHO has no enforcement power, “these studies, which offer a report card of progress, really matter,” Sanchez Gonzalez explained. When a country knows where they stand, they are more likely to take action to change. “Nobody likes to be shown in the red.”

Still, “it’s not a shaming exercise,” he said. It’s about starting a conversation, showing who’s on track and how to get on track. “Knowing that there is something in your power to move the needle toward elimination by learning from your neighbors is powerful — often, it just takes political will.”

Feld has received consulting fees from AbbVie. Sanchez Gonzalez is on staff as the Director of Economics at AbbVie. Maticic has disclosed no relevant financial relationships.