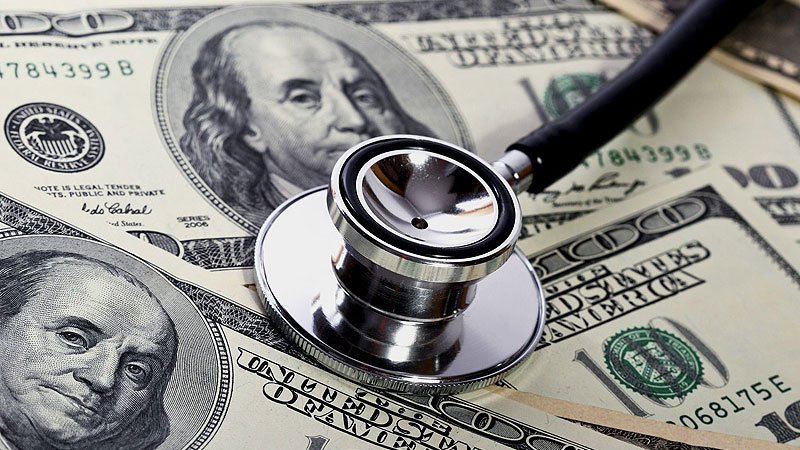 Medicare officials must soon decide whether to kick off next year with a shift of money away from specialties centered around procedures and toward primary care and other fields more focused on office visits.

A planned overhaul of reimbursement for evaluation and management (E/M) services emerged as perhaps the most contentious issue connected to Medicare’s 2021 payment policies for clinicians.

The Centers for Medicare & Medicaid Services (CMS) included the planned E/M overhaul — and accompanying offsets — in the draft 2021 physician fee schedule, released in August. The draft fee schedule drew at least 45,675 responses by October 5, the deadline for offering comments, with many of the responses addressing the E/M overhaul.

The influential Medicare Payment Advisory Commission (MedPAC) “strongly” endorsed the “budget-neutral” approach taken with the E/M overhaul. This planned reshuffling of payments is a step toward addressing a shortfall of primary care clinicians, inasmuch as it would help make this field more financially appealing, MedPAC said in an October 2 letter to CMS.

In contrast, physician organizations, including the American Medical Association (AMA), asked CMS to waive or revise the budget-neutral aspect of the E/M overhaul. Among the specialties slated for reductions are those deeply involved with the response to the pandemic, wrote James L. Madara, AMA’s chief executive officer, in an October 5 comment to CMS. Emergency medicine as a field would see a 6% cut, and infectious disease specialists, a 4% reduction.

“Payment reductions of this magnitude would be a major problem at any time, but to impose cuts of this magnitude during or immediately after the COVID-19 pandemic, including steep cuts to many of the specialties that have been on the front lines in efforts to treat patients in places with widespread infection, is unconscionable,” Madara wrote.

Madara also said specialties scheduled for payment reductions include those least able to make up for the lack of in-person care as a result of the uptick in telehealth during the pandemic.

A chart in the draft physician fee schedule (Table 90) shows reductions for many specialties that do not routinely bill for office visits. The table shows an 8% cut for anesthesiologists, a 7% cut for general surgeons, and a 6% cut for ophthalmologists. Table 90 also shows an estimated 11% reduction for radiologists and a 9% drop for pathologists.

The draft rule notes that these figures are based upon estimates of aggregate allowed charges across all services, so they may not reflect what any particular clinician might receive.

In total, Table 90 shows how the E/M changes and connected offsets would affect more than 50 fields of medicine. The proposal includes a 17% expected increase for endocrinologists and a 14% bump for those in hematology/oncology. There are expected increases of 13% for family practice and 4% for internal medicine.

This reshuffling of payments among specialties is only part of the 2021 E/M overhaul. There’s strong support for other aspects, making it unlikely that CMS would consider dropping the plan entirely.

“CMS’ new office visit policy will lead to significant administrative burden reduction and will better describe and recognize the resources involved in clinical office visits as they are performed today,” AMA’s Madara wrote in his comment.

Changes for the billing framework for E/M slated to start in 2021 are the result of substantial collaboration by an AMA-convened work group, which brought together more than 170 state medical and specialty societies, Madara said in his comment.

CMS has been developing this plan for several years. It outlined this 2021 E/M overhaul in the 2020 Medicare physician fee schedule finalized last year.

Madara urged CMS to proceed with the E/M changes but also “exercise the full breadth and depth of its administrative authority” to avoid or minimize the planned cuts.

“To be clear, we are not asking CMS to phase in implementation of the E/M changes but rather to phase in the payment reductions for certain specialties and health professionals in 2021 due to budget neutrality,” he wrote.

The American Academy of Family Physicians (AAFP) asked CMS to temporarily waive the budget-neutrality requirement and pressed the agency to maintain the underlying principle of the E/M overhaul.

“Should HHS [Department of Health and Human Services] use its authority to waive budget neutrality, we also recommend that CMS finalize a reinstatement plan for the conversion factor reductions that provides physician practices with ample time to prepare and does not result in a financial cliff,” wrote John S. Cullen, MD, board chair for AAFP, in a September 28 comment to CMS.

Owing to the declaration of a public health emergency, HHS could use a special provision known as 1135 waiver authority to waive budget-neutrality requirements, Cullen wrote.

“The AAFP understands that HHS’ authority is limited by the timing of the end of the public health emergency, but we believe that this approach will provide Congress with needed time to enact an accompanying legislative solution,” he wrote.

Lawmakers in both political parties have asked CMS to reconsider the offsets in the E/M overhaul.

Rep. Michael C. Burgess, MD (R-TX), who practiced as an obstetrician before joining Congress, in October introduced a bill with Rep. Bobby Rush (D-IL) that would provide for a 1-year waiver of budget-neutrality adjustments under the Medicare physician fee schedule.

Burgess and Rush were among the more than 160 members of Congress who signed a September letter to CMS asking the agency to act on its own to drop the budget-neutrality requirement. In the letter, led by Rep. Roger Marshall, MD (R-KS), the lawmakers acknowledge the usual legal requirements for CMS to offset payment increases in the physician fee schedule with cuts. But the lawmakers said the national public health emergency allows CMS to work around this.

“Given the effects of the COVID-19 pandemic, we believe you have the regulatory authority to immediately address these inequities,” the lawmakers wrote. “There is also the need to consider how the outbreak will be in the fall/winter months and if postponing certain elective procedures will go back into effect, per CMS’ recommendations.

“While we understand that legislative action may also be required to address this issue, given the January 1, 2021 effective date, we would ask you to take immediate actions to delay or mitigate these cuts while allowing the scheduled increases to go into effect,” the lawmakers said in closing their letter. “This approach will give Congress sufficient time to develop a meaningful solution and to address these looming needs.”

Another option might be for CMS to preserve the budget-neutrality claim for the 2021 physician fee schedule but soften the blow on specialties, Brian Fortune, president of the consulting firm Farragut Square Group, told Medscape Medical News. A former staffer for Republican leadership in the House of Representatives, Fortune has for more than 20 years followed Medicare policy.

The agency could redo some of the assumptions used in estimating the offsets, he said, adding that in the draft rule, CMS appears to be seeking feedback that could help it with new calculations.

“CMS has been looking for a way out,” Fortune said. “CMS could remodel the assumptions, and the cuts could drop by half or more.

“The agency has several options to get creative as the need arises,” he said.

In its comment to CMS, though, MedPAC argued strongly for maintaining the offsets. The commission has for several years been investigating ways to use Medicare’s payment policies as a tool to boost the ranks of clinicians who provide primary care.

A reshuffling of payments among specialties is needed to address a known imbalance in which Medicare for many years has “overvalued” procedures at the expense of other medical care, wrote Michael E. Chernew, PhD, the chairman of MedPAC, in an October 2 comment to CMS.

“Some types of services — such as procedures, imaging, and tests — experience efficiency gains over time, as advances in technology, technique, and clinical practice enable clinicians to deliver them faster,” he wrote. “However, E&M office/outpatient visits do not lend themselves to such efficiency gains because they consist largely of activities that require the clinician’s time.”

Medicare’s payment policies have thus “passively devalued” the time many clinicians spend on office visits, helping to skew the decisions of young physicians toward specialties, according to Chernew.

Reshuffling payment away from specialties that are now “overvalued” is needed to “remedy several years of passive devaluation,” he wrote.

These figures echo the findings of Medscape’s most recent annual physician compensation report.

As one of the largest buyers of medical services, Medicare has significant influence on the practice of medicine in the United States. In 2018 alone, Medicare directly paid $70.5 billion for clinician services. Its payment policies already may have shaped the pool of clinicians available to treat people enrolled in Medicare, which covers those aged 65 years and older, Chernew said.

“The US has over three times as many specialists as primary care physicians, which could explain why MedPAC’s annual survey of Medicare beneficiaries has repeatedly found that beneficiaries who are looking for a new physician report having an easier time finding a new specialist than a new primary care provider,” he wrote.