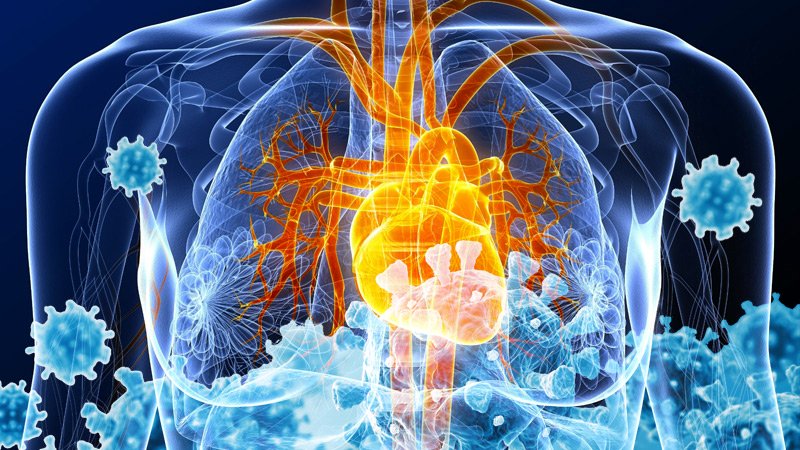 Patients with multisystem inflammatory syndrome caused by COVID-19 typically seem to avoid coronary artery dilation early on, but they may be prone to cardiac injury and dysfunction longer term that requires a more discerning diagnostic approach to sort out.

The findings were revealed in a study of 28 children with COVID-19-related multisystem inflammatory syndrome (MIS-C) at Children’s Hospital of Philadelphia. The study reported that cardiac injury and dysfunction are common in these patients — even those who have preserved ejection fraction — and that diastolic dysfunction is persistent. For comparison, the study also included 20 healthy controls and 20 patients with classic Kawasaki disease (KD).

While echocardiography has been reported to be valuable in evaluating coronary artery function in MIS-C patients, Dr. Matsubara of the division of cardiology at CHOP, said in an interview that study is the first to use the newer echocardiography indexes, known as “strain,” to assess heart function.

“Strain is a more sensitive tool than more conventional indexes and can detect subtle decrease in heart function, even when ejection fraction is preserved,” he said. “Numerous publications have reached conclusions that strain improves the prognostic and diagnostic accuracy of echocardiography in a wide variety of cardiac pathologies causing LV dysfunction.”

Dr. Matsubara noted that the coronary arteries were mostly unaffected in the acute stage of MIS-C, as only one patient in their MIS-C cohort had coronary artery involvement, which normalized during early follow-up. “On the other hand, 20% of our classic KD patients had coronary abnormalities, including two with aneurysms.”

By using positive troponin I or elevated brain natriuretic peptide (BNP) to assess cardiac injury, they found a “high” (60%) incidence of myocardial injury in their MIS-C cohort. During early follow-up, most of the MIS-C patients showed normalization of systolic function, although diastolic dysfunction persisted.

“In addition to the left ventricle, two other chambers of the heart, the LA and the RV that are often labeled as the ‘forgotten chambers’ of the heart, were also affected by MIS-C,” Dr. Matsubara said. “Both LA and RV strains were markedly reduced in MIS-C patients, compared to normal and KD patients.”

The study also indicates that elevated troponin I levels may not be as dire in children as they are in adults. Dr. Matsubara cited a study of more than 2,700 adult COVID-19 patients that found that even mild increases in troponin I level were associated with increased death during hospitalization (J Am Coll Cardiol. 2020;76:533-46).

However, most of the patients in the CHOP study, even those with elevated troponin I levels, recovered systolic function quickly. “We speculate that the elevation in cardiac troponins may have less dire implications in children, likely due to a more transient type of cardiac injury and less comorbidities in children,” he said. “Clearly further studies are needed before a definitive statement can be made.”

Dr. Matsubara added that recovered COVID-19 patients may be able to participate in sports as some schools reopen. “We are not saying restrict sport participation, but we are merely urging caution.”

The findings reinforce that myocardial involvement is more frequent and sometimes more severe in MIS-C than previously thought, said Kevin G. Friedman, MD, a pediatrician at Harvard Medical School, Boston, and an attending physician in the department of cardiology at Boston Children’s Hospital. “We are underestimating it by using just traditional measures like ejection fraction. It requires a comprehensive evaluation of left ventricular function; it really affects all aspects of the ventricle, both the systolic function and the diastolic function.”

This study supports that MIS-C patients should have a more detailed analysis than EF on echocardiography, including strain imaging. “Probably these patients should all be followed at centers where they can evaluate a more detailed analysis of the LV and RV function,” he said. Patients with ongoing CA enlargement and LV dysfunction should have follow-up cardiac care indefinitely. Patients who have no cardiac symptoms during the acute phase probably don’t need long-term follow-up.

“We’re just trying to learn more about this disease, and it’s certainly concerning that so many kids are having cardiac involvement,” Dr. Friedman said. “Fortunately they’re getting better; we’re just trying to find out what this means for the long term.”

Dr. Matsubara and Dr. Friedman have no relevant financial disclosures.

This article originally appeared on MDEdge.com.