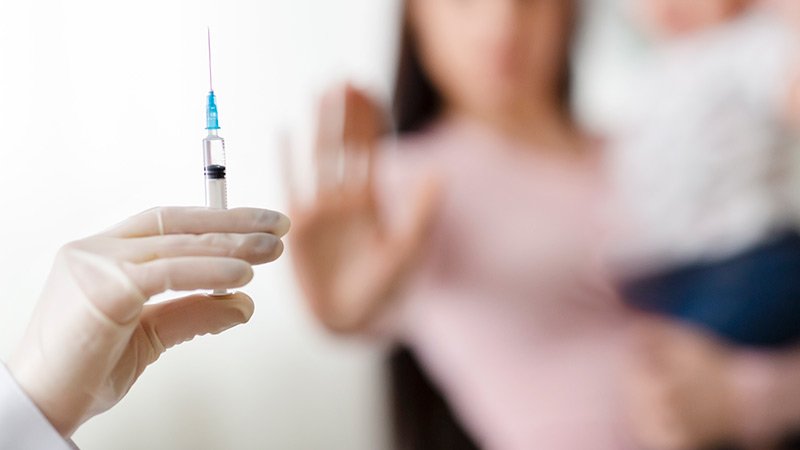 In the midst of the COVID-19 pandemic, it’s more important than ever to get an influenza vaccine this year, yet only 1 in 3 parents know this, a survey found.

In addition, fewer than half of parents said their child’s usual healthcare provider had strongly recommended influenza vaccination this year. However, the survey director said that that doesn’t mean providers and public health officials aren’t giving this advice to parents.

Health officials continue to encourage people to get vaccinated, but with everything else going on right now in the United States, “that message isn’t getting through,” Sarah Clark, MPH, co-director of the C. S. Mott Children’s Hospital National Poll on Children’s Health, told Medscape Medical News.

“We need to make sure those parents understand why this year” it’s important, said Clark, who is also a research scientist in the Department of Pediatrics at C. S. Mott Children’s Hospital in Ann Arbor, Michigan.

Ipsos Public Affairs, LLC, conducted the poll in August 2020 on behalf of the hospital.

The company administered the survey “to a randomly selected, stratified group of adults who were parents of at least one child age 0–18 years living in their household (n = 2027),” the report authors write. The survey results were published online September 28.

Ipsos chose adults from the company’s Web-enabled KnowledgePanel, which closely mirrors the US population. Although the sample size of 1992 parents may seem small, it is “a good scientific representation of the whole [United States],” Clark said.

“This Is Not a Normal Year”

“The good news is the proportion of parents who say they’re likely to get flu vaccine for their kids this year is about the same as what we and other people have found in prior years,” Clark explained.

The problem is that this is not a normal year, she continued. “[W]hat we really need to see is an increased proportion of parents saying they’re going to get their kid a flu vaccine this year, because this year it matters more.”

A few more more than one third (34%) of parents said it is more important for children to receive the influenza vaccine this year than during other years. Eight percent believe it is less important, and 58% say it is about as important.

Some 32% of parents say their child is unlikely to get an influenza vaccine this year. Of those, 42% are concerned about possible side effects, 40% believe it is unnecessary, 32% believe it is not effective, and 14% are worried about their child potentially being exposed to COVID-19 at healthcare sites. Nine percent of parents cite their child’s fear of needles or reluctance to be vaccinated.

“This Is Very Much a Physician-Oriented Issue”

“This is very much a physician-oriented issue,” Clark told Medscape Medical News.

“This is the year we need child health providers to step out of that pattern and be more proactive in trying to reach their patients who aren’t scheduled for those fall preventive visits,” she added.

That could involve sending reminder postcards, using telephone autodialers to leave messages, and having a message on the provider’s voicemail.

Clark said most parents listen when a provider gives them a strong message. She does not think the low rate of vaccine acceptance means physicians aren’t encouraging them to vaccinate their child. But parents are not hearing the message that it’s even more important this year.

“Our usual way of talking about vaccines misses a bunch of people just because the timing isn’t optimal,” she continued.

For example, for infants and young toddlers, office visits are scheduled at predetermined intervals, but as the child gets older, these visits are less frequent and are often scheduled around birthdays and the beginning of the school year.

Physicians often focus on what is being done at the current visit and the immunizations the child will receive that day; therefore, parents of children who have these visits in the fall and winter — during influenza season — may be more likely to hear this information than parents of children who have these visits at other times of the year when influenza is not front and center.

Because some parents are reluctant to bring their child to the doctor’s office because of COVID-19, physician practices can modify their procedures to address this concern. For example, they could offer drive-through vaccination and other options for giving vaccinations outside the office, Clark suggested.

Troy Brown is an award-winning Medscape contributor with a special interest in infectious diseases, women’s health, and pediatrics.