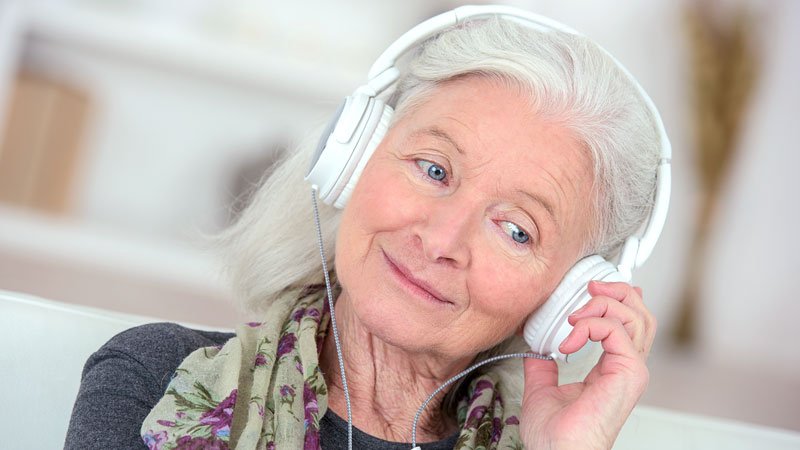 Music listening and singing each showed early, promising evidence for producing cardiovascular benefits, part of a burgeoning area of research that is exploring and documenting ways to effectively use music to improve health.

A study run at four centers in Italy randomized 159 patients with heart failure, primarily New York Heart Association class I or II disease, to either a daily regimen of at least 30 minutes spent listening to music daily or to a control group that received usual care with no music prescription. After 3 months, the 82 patients in the daily music-listening group had a statistically significant improvement in their Minnesota Living with Heart Failure Questionnaire scores, compared with 77 controls for the study’s primary outcome measure. The results also showed significant benefits, compared with placebo, for other, secondary efficacy measures including improvements in anxiety, depression, sleep quality, and cognition.

Although the results are considered preliminary, they drew significant attention when published in July 2020 (J Card Fail. 2020 Jul 1;26[7]:541-9), where it was accompanied by two editorials in the same issue as well as an editor’s statement. All these commentators as well as other experts interested in music as medicine gathered to further discuss the topic during a panel session at the virtual annual meeting of the Heart Failure Society of America.

Music as a Calming Influence

The source of the primary benefits seen in this Italian study likely involved “emotional, psychological, and relaxation,” suggested Jerome L. Fleg, MD, program officer for clinical cardiovascular disease at the National Heart, Lung, and Blood Institute in Bethesda, Md. Researchers had used calming potential as a major criterion when selecting the 80 classical pieces that the heart failure patients in the intervention arm of the study could shuffle on their play lists.

“The tempo/rhythm was set up in a range between 60 and 80 beats per minute, because this range mirrors the human heart rate and facilitates relaxation,” the investigators said in their published report. Unfortunately, noted Fleg, the study lacked physiologic and biomarker measurements that could have provided objective evidence of effects from music. And the study failed to include a control arm of patients instructed to spend 30 minutes a day resting and relaxing without instruction to listen to music, he noted.

Fleg had authored one of the July editorials, where he said “It is hoped that findings from these studies and others can expand the scientific evidence for music-based interventions and bring these therapies into clinical practice. The current study from Burrai et al. is a positive step in this direction for patients with heart failure.” (J Card Fail. 2020 Jul 1;26[7]: 550-1). What’s needed now, he added during the virtual session, are “more objective data” to better and more comprehensively document the benefits from a music-based intervention in patients with heart failure.

An Add-On to Standard Care

“It’s a promising protective intervention to add to standard care for cardiac patients,” Edwards said during the virtual session. “Music is part of the toolbox for managing symptoms and improving health and well-being.”

“Music is not a substitute for standard therapy, but could add to it,” declared Fleg.

The already-established intervention known as music therapy has identified music’s ability to modulate breathing as an important mediator of music’s effect.

“Breathing is one of the few physiological processes that can be voluntarily controlled making it a viable target for intervention,” noted opera soprano Renée Fleming and Sheri L. Robb, PhD, in the second editorial that accompanied the Italian heart failure report (J Card Fail. 2020 Jul 1;26[7]:552-4). The music-listening intervention “may have had more effect if they had used compositional features [of the music] to teach patients how to structure their breathing,” said Robb, a music therapist at Indiana University–Purdue University Indianapolis, during the virtual session.

Another variable to consider is the type of music. “What is the emotional response to the music, and how does that affect heart rate,” wondered Robb, a professor at the Indiana University School of Nursing in Indianapolis.

The division that Edwards directs recently funded a pilot study that assessed the feasibility of using music to stimulate activity and improve breathing another way, by repurposing singing as a novel form of rehabilitative exercise.

The pilot study enrolled patients with coronary disease into a randomized study that tested whether a 14-minute session of supervised singing could produce acute improvement in vascular function, “a biomarker for the risk of future cardiovascular disease events,” explained Jacqueline P. Kulinski, MD, a preventive cardiologist at the Medical College of Wisconsin in Milwaukee. Kulinski did not report details of her yet-unpublished study, but said that her initial findings held promise for developing musical activities such as singing as a novel way to stimulate therapeutic physical activity in patients with heart disease.

“It’s exciting to see this signal” of benefit. “I envision music therapy as a part of cardiac rehabilitation, or an alternative for patients who can’t participate in traditional rehab,” Kulinski said during the virtual session. “I think of singing as a physical activity, as exercise, and using this exercise as medicine.”

Harmonizing With the NIH

“Singing is like swimming: You need to hold your breath,” agreed Fleming, who participated on the virtual panel and has spearheaded a collaboration between the National Institutes of Health and the Kennedy Center for the Performing Arts, the Sound Health Initiative, that’s coordinating research into the connections between music and health. Fleming helped launch the Sound Health Initiative in 2017 by coauthoring a JAMA article with the NIH director that spelled out the rationale and goals of the project (JAMA. 2017 Jun 27;317[24]:2470-1), and by launching a lecture tour on the topic in a presentation she calls Music and the Mind.

Fleming has given her talk in more than 30 locations worldwide, and she’s found that “audiences love” the combination of neuroscience and music that her talks cover, she said. Her lectures highlight that, in addition to cardiovascular disease, the potential for music therapy and related interventions has been shown in patients with disorders that include autism, psychosis, pain, Parkinson’s disease, Alzheimer’s disease, and epilepsy.

The research highlighted in the session “opens new doors to prevention and treatment strategies using music for patients with heart failure and cardiovascular disease,” summed up Biykem Bozkurt, MD, professor of medicine at the Baylor College of Medicine in Houston and president of the Heart Failure Society of America, who helped organize the virtual session.