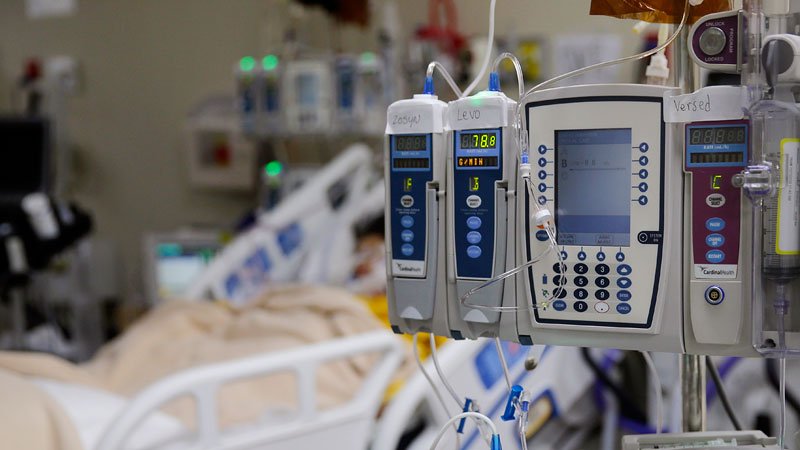 Two studies from New York City, the early epicenter of the COVID-19 pandemic in the United States, are providing more information about the benefits and risks for anticoagulation in hospitalized patients, as well as which regimens might be more effective.

In one report, researchers from the Mount Sinai Health System offer expanded evidence for the benefits of both prophylactic and therapeutic anticoagulation in reducing rates of death and need for intubation, and suggest regimens that might be most effective. They also found that thromboemboli, discovered at autopsy, were common, even when patients showed no obvious signs of having blood clots.

Their report, which builds on an earlier study published in May and reported by theheart.org | Medscape Cardiology, was published online August 26 in the Journal of the American College of Cardiology.

In the other, researchers from NYU Langone Medical Center warn that anticoagulation comes with a risk for hemorrhagic stroke even in COVID-19 patients who do not have traditional risk factors for bleeding. Their study was published August 24 in Neurocritical Care.

New York City and the surrounding area were hard hit early in the COVID-19 pandemic. Mount Sinai researchers were among the first to show that anticoagulation therapy was associated with improved survival.

In May, they reported initial observational data on 2500 COVID-19 patients, 25% of whom received one of six different anticoagulant regimens. The anticoagulated patients had significantly decreased rates of death and intubation compared with the 75% of patients who did not receive anticoagulation.

Perhaps most importantly, the new study “has given us the nuts and bolts to do a randomized clinical trial, which is now ongoing internationally, with more than 50 centers included,” Fuster said. “That, I think, is the most important message to be derived from this report.”

Humility Essential in the Fight Against COVID-19

“Everyone was pushing me to organize randomized studies at the beginning and I didn’t know what the question was,” Fuster said. “I needed to know what anticoagulants to use, so I went through the torture of going through these observational studies. And now, we have obtained a lot of information and can do a proper randomized trial, based on this study that was just published,” he said.

“We all need to have humility,” he added. “We need to be very humble because we are all being educated about COVID-19 every day. We are not going to change the world in one study, but we are going step by step in trying to find an answer.”

The data showed that patients on both a “therapeutic” (full) dose and a “prophylactic” (lower) dose showed about a 50% higher chance of survival, and roughly a 30% lower chance of intubation.

Of the six anticoagulants used in the study, the three that appeared to be most effective were low molecular weight heparin given either therapeutically or prophylactically, and apixaban (Eliquis).

“We are now comparing these three regimens in the randomized trial,” noted Fuster.

The researchers also looked at autopsy results of 26 COVID-19 patients and found that 11 of them (42%) had blood clots in the lungs, brain, and heart that had not been suspected clinically.

“We knew there was a lot of clotting in this disease, but I didn’t know it was so extensive,” he said.

However, in another retrospective study, hemorrhagic stroke was significantly associated with the use of anticoagulation in COVID-19 patients, and this risk needs to be carefully weighed against benefits in this cohort, lead author Alexandra Kvernland, MD, New York University Grossman School of Medicine, NYU Langone Medical Center, New York City, told theheart.org | Medscape Cardiology.

Kvernland noted that her retrospective cohort study is one of the first to look specifically at hemorrhagic stroke in COVID-19 patients receiving anticoagulation treatment.

“The overall rate of hemorrhagic stroke was low,” Kvernland said. Out of 4071 patients who were hospitalized with COVID-19, there were 19 (0.5%) with hemorrhagic stroke, which was classified as either intracerebral hemorrhage or non-aneurysmal subarachnoid hemorrhage.

Of these 19 patients, 17 (89%) were on empirical anticoagulation that was started as per hospital protocol because of the increased thrombotic risk for COVID-19. By comparison, only 10% of historical controls and 4.6% of contemporary controls received anticoagulation.

An underlying coagulopathy was the most common cause, in 14 (73.7%) of the 19 COVID-19 patients. They also had significantly higher initial NIHSS scores, INR, PTT, and fibrinogen levels than contemporary and historical controls.

COVID-19 patients also had higher rates of in-hospital mortality (84.6%) compared with both contemporary and historical controls (4.6% for both; P ≤ .001).

The average age of the COVID-19 patients was 60 years, Kvernland noted.

“These [patients] were younger than the usual patients we expect to see having hemorrhagic stroke,” she said. “Also they had lower rates of hypertension, and their blood pressure at the time of their hemorrhagic stroke diagnosis was lower than in contemporary and historical controls who did not have COVID-19.”

“The risk of anticoagulation needs to carefully be weighed against benefits in this cohort. Getting a non-contrast CT scan before a blood thinner is started, and making sure to have regular neurologic assessments to try to capture those patients is important,” she said. “Our numbers are low, but we may not have captured all of the patients who have this complication, so I think this is important to address.”

Hemorrhagic Risk Shouldn’t Be a Deterrent

“I am surprised that the incidence rate of hemorrhagic stroke was actually so low, just 0.5%,” commented Fuster on these findings. “Our rate was 3%, but that was with all six anticoagulation regimens. With the three that we are studying in the randomized trial, the rate was 2%, which is also quite low.”

Risk for hemorrhagic stroke should not be a justification for withholding anticoagulants in COVID-19 patients, he added.

“I don’t think that the incidence of brain hemorrhage should prevent us from giving anticoagulants to these patients.”

Anticoagulation is going to be a part of treatment for COVID-19, and clinicians will need to keep in mind both risks and benefits of that treatment, noted Ralph L. Sacco, MD, former president of the American Academy of Neurology and professor and chair of Neurology at the University of Miami Miller School of Medicine, Miami, Florida.

“We have known that anticoagulants can increase risk of bleeding, so now that we may be using them more frequently among COVID-19 patients, we have to be aware and balance risk vs benefit,” Sacco told theheart.org | Medscape Cardiology.

The Mount Sinai study was funded by the National Institutes of Health. Kvernland, Fuster, and Sacco have disclosed no relevant financial relationships.