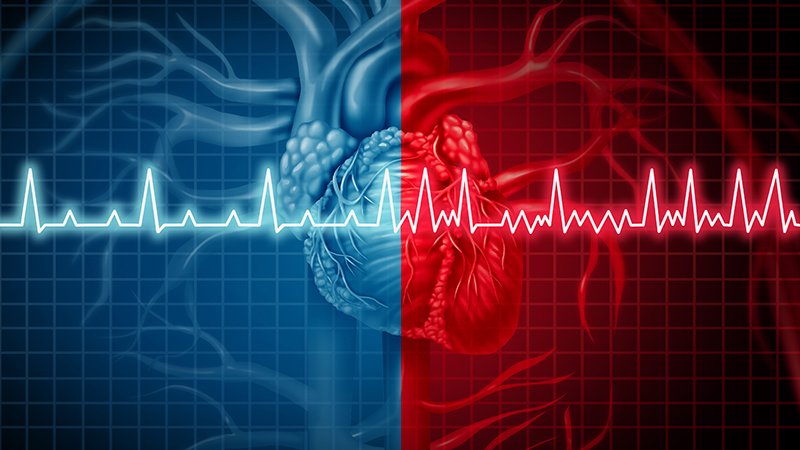 New atrial fibrillation management guidelines from the European Society of Cardiology (ESC) call for diagnostic confirmation and structured characterization of AF and the need to streamline integrated care with the Atrial fibrillation Better Care (ABC) pathway.

“It’s as simple as CC to ABC,” quipped one task force member during the virtual unveiling of the guidelines at the ESC Congress 2020.

The guidelines were developed in collaboration with the European Association of Cardio-Thoracic Surgery (EACTS) and published simultaneously August 29 in the European Heart Journal.

Acknowledging the slew of novel screening tools now available and their reported sensitivity and specificity rates, the document supports opportunistic screening for AF by pulse taking or electrocardiogram (ECG) rhythm strip in patients at least 65 years of age, with a class 1 recommendation, evidence level B.

Systematic ECG screening should also be considered to detect AF in individuals at least 75 years of age, or those at high risk for stroke (class IIa, level B).

Other new class I screening recommendations are to inform individuals undergoing screening about the significance and treatment implications of detecting AF and to have a structured referral platform in place for further physician-led evaluation.

A definite diagnosis of clinical AF is established only after confirmation by a conventional 12-lead ECG or single-lead ECG strip with at least 30 seconds of AF.

This represents a paradigm shift from a single-domain conventional classification of AF toward a structured characterization that streamlines assessment, informs treatment decision-making, and facilitates communication among physicians of various specialties, said Tatjana Potpara, MD, PhD, guideline co-chair and head of the Department for Intensive Arrhythmia Care, Clinical Centre of Serbia, Belgrade.

“The beauty of this approach is that, at present, the assessment of the ‘S’ components are performed using available tools, but in the future, the 4S-AF has a great potential to incorporate whatever becomes available for a more precision assessment of substrate or symptoms or arrhythmia burden and so forth,” she said.

The guidelines advocate the previously describe ABC pathway for integrated care management, which comprises ‘A’ for Anticoagulation/Avoid stroke, ‘B’ for Better symptom Control, and ‘C’ for Comorbidity/Cardiovascular risk factor optimization.

These assessments should be done regularly, given that both stroke and bleeding risk are dynamic and change over time with aging and comorbidities, Potpara stressed. In patients with AF initially at low risk for stroke, the next assessment should be optimally performed at 4 to 6 months.

The guideline also targets weight loss in obese patients with AF, particularly those being evaluated for ablation, and good blood pressure control in patients with AF and hypertension to reduce AF recurrences and risk for stroke and bleeding (both class I, up from IIa).

It’s particularly important that these risk factors are addressed, and that modifiable risk factors that go along with increased AF occurrence and persistence are addressed and communicated to patients, said Gerhard Hindricks, MD, PhD, guideline co-chair and medical director of the Rhythmology Department, Heart Centre Leipzig, Germany.

“I have to confess as an interventional electrophysiologist, there has been a time where I have not appreciated these risk factors intensely enough,” he said. “But we have learned, also in the field of catheter ablation, that weight loss is an essential basis for a good procedure. If we can motivate patients to lose weight and then come to the intervention with better outcome, it’s a true benefit for the patient and addresses patient values. So I’m particularly happy we have introduced that with such intensity in the guidelines.”

The guidelines make no recommendation of one novel oral anticoagulant (NOAC) over another. However, in patients already receiving vitamin K antagonists with low time in the therapeutic range, they recommend switching to a different NOAC but ensuring good adherence and persistence with therapy (class I recommendation) or efforts to improve time in therapeutic range (class IIa).

Catheter ablation takes on a more prominent role for rhythm control and is now recommended after one antiarrhythmic drug therapy failure to improve symptoms of AF recurrence in patients with paroxysmal AF, or persistent AF with or without major risk factors for recurrence. The class I recommendation is based on results from the CAPTAF and CABANA trials, said task force member Carina Blomström-Lundqvist, MD, PhD, Uppsala University, Sweden.

Catheter ablation is also now a first-line therapy for patients with AF who have a high likelihood of tachycardia-induced cardiomyopathy, independent of symptom status. “In this subset of patients, catheter ablation may offer a lot with respect to restoration of left ventricular function,” observed Hindricks.

Complete electrical isolation of the pulmonary veins is recommended during all AF catheter ablation procedures (class I).

“Even as a medical conservative, I think it is totally reasonable to move to catheter ablation after a failed drug trial,” commented John Mandrola, MD, Baptist Health, Louisville, Kentucky, who was not a part of the guideline development.

Although the chance of a second drug working after one failure is low, he noted that operators in the United States have dofetilide, which is not used much in Europe, and sometimes works surprisingly well.

“That said, the caveat is that moving to catheter ablation after drug failure is only appropriate if we have addressed all the pertinent risk factors: sleep apnea, weight loss, lack of fitness, blood pressure control, and alcohol excess,” he said.

As for tachycardia-mediated cardiomyopathy, this too can be reasonable, Mandrola said. “I often get people ‘out of a hole’ with amiodarone plus cardioversion for a few months and then proceed to ablation.”

Notably, the 2020 iteration sharpens its recommendation that amiodarone not be used first-line for long-term rhythm control in all patients with AF, including those with heart failure with reduced ejection fraction, given its extracardiac toxicity (class I, up from IIa).

In response to growing evidence that guideline-adherence is associated with significantly better outcomes in atrial fibrillation, the 2020 ESC/EACTS guidelines explicitly included a recommendation on the need to measure quality of care to identify opportunities for improvement.

With this framework in mind, a task force with 23 people — including members from ESC and heart rhythm societies in the United States, Asia Pacific, and Latin America, along with patient representatives — was created to develop a list of quality indicators (QIs), ultimately settling on 17 main QIs and 17 secondary ones, said Elena Arbelo, MD, PhD, MSc, University of Barcelona, Spain.

Five patient-reported outcomes fall under the outcomes domain but only one, health-related quality of life, is a main quality indicator. The remaining outcomes are still important but are listed as secondary because of the lack of evidence to sustain or defend their systematic implementation, particularly evidence on how to measure them appropriately, Arbelo said.

“Hopefully, following the [class I] recommendation by the 2020 ESC guidelines to routinely collect patient-reported outcomes will allow us to collect further evidence and in the future have sufficient evidence to include these as a main outcome,” she said.

The QI work was driven in parallel with the guidelines and had a huge impact on its development, including inclusion of clear recommendations on how to measure quality, Hindricks said. “I believe that the whole issue of quality management in the treatment of patients with a focus on patient values cannot be overestimated.”

Disclosure information for all writing committee members is in the report. Mandrola is a writer and podcaster for Medscape.